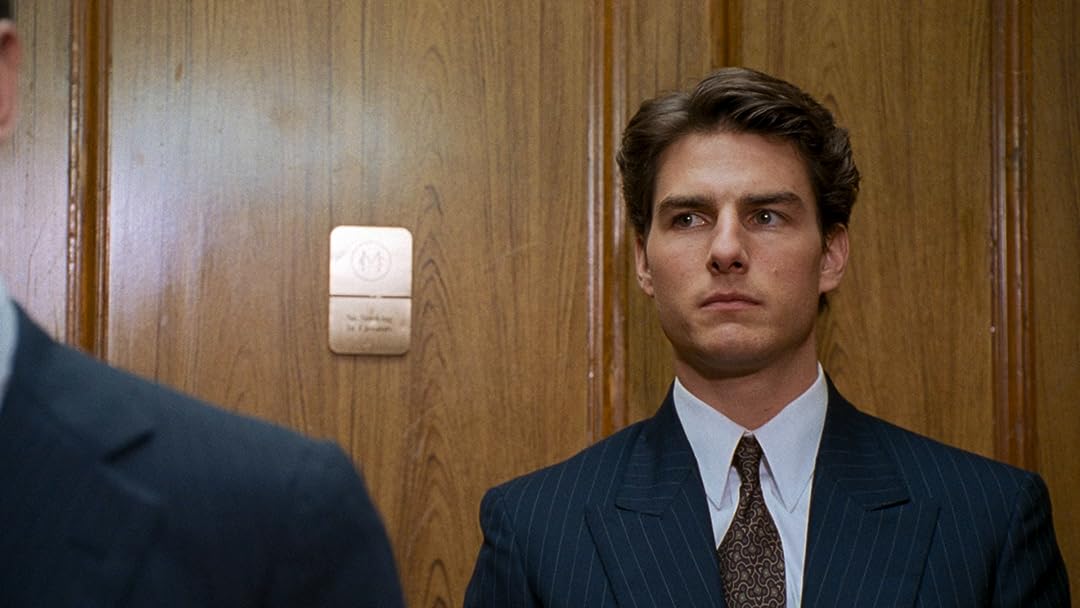 (2,798)
6.82 h 34 min1993X-RayHDRUHDR
HD. Law school hotshot Tom Cruise discovers the dark side of his perfect job in this thriller based on John Grisham's bestseller.

Leaves Cinemax in 4 daysRentals include 30 days to start watching this video and 48 hours to finish once started.

Watch with Cinemax
Start your 7-day free trial
Add to
Watchlist
Redeem a gift card or promotion code
By ordering or viewing, you agree to our Terms. Sold by Amazon.com Services LLC.
Write review

Charles R Harris JrReviewed in the United States on September 22, 2022
4.0 out of 5 stars
Memphis is on film.
Verified purchase
It is action packed and well written. I saw some of the filming in Memphis and went to the movie house when it was released. It still hold my interest and reminds me of the landscape that was. Some of the buildings have been destroyed, which is a shame. One is the Rexall Pharmacy located at the corner of Thomas Street and Whitten Rd.
One person found this helpful

Matthew D'SouzaReviewed in the United States on March 15, 2020
4.0 out of 5 stars
A Massive Conspiracy!
Verified purchase
A riveting legal thriller that builds momentum and paranoia alike!

Sydney Pollack’s masterful direction really pulls you into an intricate narrative about law firm ethics and legal tax filing for his legal paranoia thriller The Firm (1993). Pollack’s direction gradually builds momentum into a fantastic finale as he effortlessly adapts John Grisham’s novel with swift motion and constant rising intrigue. You are never sure of what will happen next. The suspense is harrowing. John Seale’s cinematography looks old fashioned, but can also strike you with visceral choices. His close-ups of the leads during their romantic conversations are so beautifully shot. I like how he effectively shoots the chase sequences with a clear knowledge of where every character is as he cleverly expresses this to the audience with precisely chosen wide shots. Pollack’s direction with Seale’s cinematography shoves you deep into Grisham’s fearsome legal nightmare world.

Though The Firm can be a daunting 154 minutes, I found it largely engrossing into its world of legal jargon and sleazy lawyers finding tax loopholes. William and Fredric Steinkamp’s editing is very hands off as scenes just play out with a relaxed pace, until the chases start, then they kick into high gear with slick cuts left and right. Dave Grusin’s jazz score is both pleasant and pulse pounding depending on the scene. He composes gentle jazz for all the talking like something Charlie Brown would listen to straight out of a Peanuts cartoon. On the other hand, his pounding piano rhythms for the chase sequences are fascinating and exciting.

Tom Cruise is hyper focused as a brilliant new lawyer named Mitch McDeere just entering a prestigious law firm with a small staff that’s just too friendly. His lovely young wife, Abby McDeere, is fantastically realistic as portrayed by the stunning Jeanne Tripplehorn. She’s a great love interest and foil for Cruise as they have nice, natural chemistry. You want their relationship to work out in the end. Tripplehorn comes across as sweet and endearing, so that you really share sympathy for her character that’s just used by these sleazy men as a pawn.

Gene Hackman is phenomenal as usual as a friendly lawyer mentor to Cruise named Avery Tolar. Hackman perfectly blends the charming professional with crucial knowledge with a scandalous and uncomfortable sleaze. The bedroom scene Hackman has with Tripplehorn is so awkward and uncomfortable, that I genuinely felt sick watching just how far they got here. Hal Holbrook is great as the elder lawyer of the firm named Oliver Lambert. Wilford Brimley is outstanding and intimidating as the gruff and menacing William Devasher. Paul Sorvino has a fun cameo as the Chicago mafia boss Tommy Morolto. Lastly for the villains, Tobin Bell of Saw fame is scary as the supporting antagonist The Nordic Man and Dean Norris of Breaking Bad fame cameos as The Squat Man.

Holly Hunter is fun as Cruise’s helper Tammy. Her playful rapport is particularly fun alongside the ever erratic Gary Busey (Eddie Lomax) and the always cool David Strathairn (Ray McDeere). Ed Harris is excellent as an angry and driven FBI agent Wayne Tarrance.

Heidi PrickettReviewed in the United States on June 5, 2022
5.0 out of 5 stars
Gene Hackman
Verified purchase
Good movie and Forget Tom Cruise. It's Gene Hackman who always makes a movie five stars and in this one he played A swarthy, flirty tired old man but he still looked good. A thriller with no gunshots or much blood shed. Hollywood always throwing the concept of a man not being able to resist seeing just one pretty girl and cheating on the wife and her being hurt, but eventually forgiving him. Puhlease... Old long white hair reminded me of Mr. Trump, only in looks. Five stars for the actors, suspense, and twists.
2 people found this helpful

Quiet KnightReviewed in the United States on March 24, 2022
4.0 out of 5 stars
The Firm on Blu-Ray
Verified purchase
Paramount Studios released this 1993 film adaptation of the John Grisham novel directed by Sidney pollock and starring Tom Cruise as a young, straight out of college, highly talented lawyer who joins a law firm with fantastic perks and pay that of course has a dark side that he must find a way to extract himself from. Looking good in HD, an upgrade over the old DVD that ports over the theatrical trailer, though nothing else is added. Entertaining and well-made thriller with an intriguing story makes up for lack of extras
One person found this helpful

Eric MayforthReviewed in the United States on July 26, 2021
4.0 out of 5 stars
Pretty Good Grisham Adaptation
Verified purchase
In "The Firm," a 1993 film based on the John Grisham novel of the same name, recent Harvard Law grad Mitch McDeere (Tom Cruise) is recruited by law firms from all over the country and ultimately joins Bendini, Lambert & Locke in Memphis. After two associates are killed under mysterious circumstances, McDeere ultimately discovers that his firm is corrupt and his life is in danger.

Mitch must discover the facts of the dilemma in which he finds himself—he must contend with his corrupt firm, the FBI, and the Mafia while attempting to preserve his career, his marriage, and his life.

Cruise plays his role convincingly, and the solid supporting cast includes Jeanne Tripplehorn, Gene Hackman, Holly Hunter, Hal Holbrook, Wilford Brimley, and Dean Norris. At two hours and thirty-five minutes the film does run a bit long, but all in all "The Firm" is a good legal thriller.
2 people found this helpful

Glama PussReviewed in the United States on December 13, 2021
4.0 out of 5 stars
Not a classic but it sure comes...
Verified purchase
very close. Does John Grisham ever write anything that isnt great? Fine acting by all. Hackman is a star, Strathairn is wonderful & always dreamy looking, Harris edgy as always. Cruise really turns it in here. One little detail tho...Abby committed murder, ok, manslaughter, but she doesnt pay in any way. Interesting as this is about the 'law' after all. Highly recommend.
See all reviews
Back to top
Get to Know Us
Make Money with Us
Amazon Payment Products
Let Us Help You
EnglishChoose a language for shopping. United StatesChoose a country/region for shopping.
© 1996-2022, Amazon.com, Inc. or its affiliates