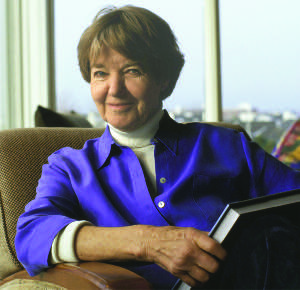 4.1 out of 5 stars
4.1 out of 5
16 customer ratings
How does Amazon calculate star ratings?
Amazon calculates a product’s star ratings based on a machine learned model instead of a raw data average. The model takes into account factors including the age of a rating, whether the ratings are from verified purchasers, and factors that establish reviewer trustworthiness.
Top Reviews

E. Young
4.0 out of 5 stars Incredibly well written!
Reviewed in the United States on April 7, 2007
Verified Purchase
I wish this text had been available when I was in school.

First of all, it is not in the slightest bit boring. It's so well written.

Second, unlike so many histories of America intended for our kids, it starts at the real beginning with the ancient civilizations of America - not only Aztecs, Incas, and Mayas, but the amazing Chaco Canyon and Mississippian city-states as well, along with the farming village cultures and hunter-gatherers that lived all over our continent. This in contrast to even an otherwise pretty good ancient history storybook, like Susan Bauer's Story of the World, in which Ms. Bauer gives the impression that all ancient North Americans were nomads wandering around aimlessly (a glaring error).

Third, when it comes to Columbus and the Spanish Conquistadors, she neither glorifies the conquerors nor the conquered. She tells the good, the bad, and the ugly, on both sides.

Why I didn't give it five stars: I'm sorry, but I don't think we should go overboard in teaching kids to be part of a fan-club for the US government. She just raves about how protected we are from bad government, saying things like "even the President has to obey" the constitution because he can be impeached. Hmmm. I'll just leave everyone to decide on their own whether they agree with that - I found it unbelievably naive.

One other glaring thing I read was her comment that the Plains Indians became wasteful with the buffalo. Since I'm not an historian, I could be missing some information, and maybe the Indians did get less thrifty - I don't know, it's certainly not what I was taught elsewhere. But to state that without putting it into context - which is that non-Indians, including our government, systematically wiped out the buffalo as a tool to reduce the Indians ability to fight for their land - I found very objectionable. (More evidence of the naive fan club mentality about our government?)

Even with those caveats, because ALL historians have biases and errors in their work, I'm still loving this and finding it the best kids history of the US I've ever seen!

Book Addict
5.0 out of 5 stars Makes history come alive?
Reviewed in the United States on January 18, 2016
Verified Purchase
I loved it, as I love all of the Joy Hakim history books. She makes history "come alive" to me.
Read more
2 people found this helpful
Helpful
Comment Report abuse

Kindle Customer 101
5.0 out of 5 stars I enjoy it a lot
Reviewed in the United States on February 9, 2015
Verified Purchase
I have a dream that my son can master this history set. Right now, he is in 2nd grade so his vocabulary is not strong enough to step into reading this book but he skims through it sometimes.
The set is very well written. I enjoy it a lot.
Read more
One person found this helpful
Helpful
Comment Report abuse

Irene Swiggum
5.0 out of 5 stars The First Americans, Third Edition: Prehistory-1600 (A History of US....
Reviewed in the United States on January 19, 2013
Verified Purchase
I have enjoyed this history series very much. It is easy to read and presents history in a factual and entertaining way!
Read more
One person found this helpful
Helpful
Comment Report abuse

Lawrance Bernabo
HALL OF FAME
5.0 out of 5 stars The first volume in Joy Hakim's "A History of US"
Reviewed in the United States on July 29, 2003
A History of US is basically an attempt to write a juvenile history of the United States that will speak to a generation of young readers who get most of their information from computers and the Internet. That means Joy Hakim offers up lots of information with lots of illustrations, but it also means been very much aware of the mind set of her readers. When Hakim describes the scope "The First Americans: Prehistory-1600" we get a clear sense of this perspective: "This book begins in the Ice Age with some people who hiked and canoed from Asia to a New Land and, thousands of years later, got called Indians by Christopher Columbus, who didn't know where he was." This first volume begins with the first human beings crossing the land mass that once connected Asia and North America and ends with the defeat of the Spanish Armada, the event that signaled the beginning of the end of Spain's empire in the New World and the start of English colonization of the land that would become the United States.
The volume is basically divided into two main sections. After establishing the value of studying history, Hakim looks at how human beings crossed Beringia to a new continent and how these first Americans became Indians. The first section looks examines the Indians on a regional basis, from the Eskimos of the far north to the Cliff Dwellers of the southwest, as well as from the people of the Northwest coast and the Plains Indians to the Mound Builders and People of the Long House in the East. Chapter 13 is a transitional section that covers how the Vikings came to the New World. The rest of the book is devoted to the European voyagers of exploration to the Americans and the early colonization efforts of the Spanish and French. Consequently Hakim tells the stories of Columbus, Balboa, Magellan, Cortes, Ponce de Leon, and Coronado. The establishment of New Spain and New France is contrasted with the lost English colony of Roanoke.
Throughout the volume there are features on related topics from the Vikings at L'anse Aux Meadows and the first map to include "America," to stories of how the world began and how to ravel by canoe and portage, including excerpts from the writings of explorers Christopher Columbus and John White. The margins are crammed with additional information such as quotations, definitions, names to know, and even some jokes. The volume is illustrated with mostly historic etchings, drawings, and maps, as well as contemporary photographs of ancient sites and artifacts, (accurate) maps of voyages, and quotations from primary and secondary sources. The back of the volume offers a Chronology of Events, a list of More Books to Read, and a series of Maps: Old and New.
The strength of "The First Americans: Prehistory-1600" is that it is written as if it were actually being taught in a classroom. Hakim knows when to stop and explain the material, the same way a teacher would talk to their students about what they were reading. For example, she discusses the various names used to talk about the First Americans, pointing out that not even the Indians are really "native" Americans and then later addresses the question of what would have happened if Columbus had actually found Cathay as he expected. I can see why these volumes would be popular with parents who are home schooling their children, because Hakim is able to assume the role of teacher within the pages of her textbook (besides, I am not sure how many school districts can afford a 10-volume American history textbook or how many years it would take to get students to read them all). She also constantly asks her young readers to imagine themselves as specific people in particular situations to appreciate what it was like to live during these time periods, and I find such role-playing to be another key ingredient of computer life for young students in the 21st century.
Read more
26 people found this helpful
Helpful
Comment Report abuse
See all reviews from the United States