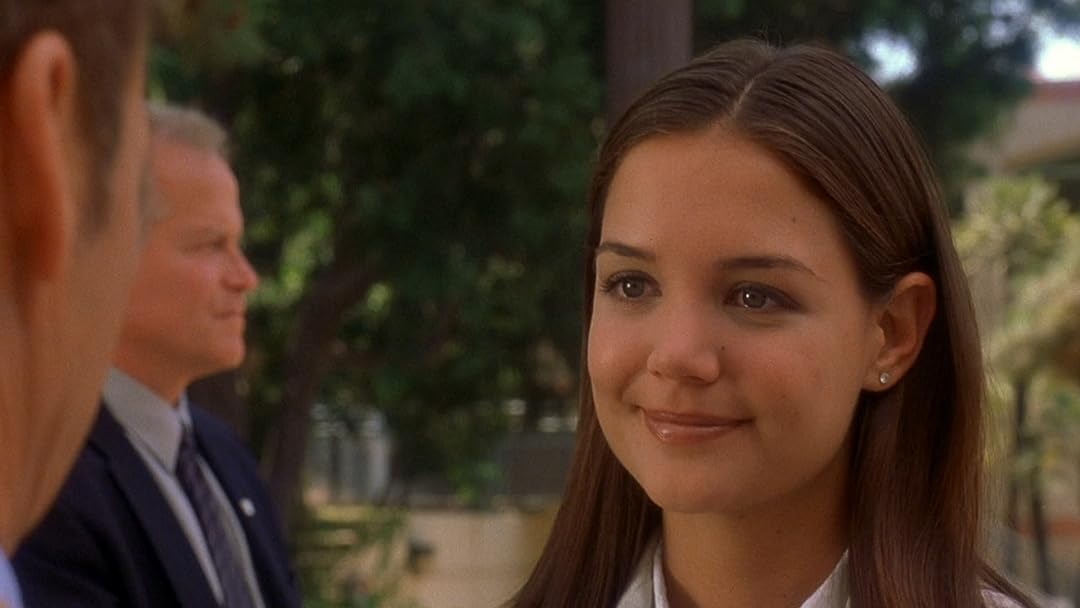 Christina ChristinaReviewed in the United States on March 28, 2021
2.0 out of 5 stars
Fluff
Verified purchase
Formulaic. Many will like it for that reason. But I just couldn't stop rolling my eyes.

Samantha Mackenzie, daughter of the president, goes off to college to have a normal young adult experience. She acts like she has never seen the sunlight outside the white house walls. Everything she does is with this element of contrived wonder. Has she never had friends before? Never went to a party or a movie? Was she locked in an attic or something? I wondered if I might have watched a different movie about a woman from Victorian times who time travels to modern America and falls in love with a present-day teen, having to learn his strange customs. There's even a peaceful date scene on a boat on a lake where she holds an umbrella like she's Mary Poppins or something.

Hard to take this movie seriously.

Darlene WilliamsReviewed in the United States on April 1, 2017
5.0 out of 5 stars
Love this movie
Verified purchase
Love this movie. Have planned a movie night with my 2 daughters and 3 granddaughters. Can't figure out why a sequel wasn't made.
The casting is perfect. Katie Holmes perfect for the part, Marc Blucas is a heart throb, Michael Keaton another great and very natural performance.
I have watched this movie every time it's shown on T.V. never get tired of it and decided my family needed to see it.
13 people found this helpful

Butterflymom54Reviewed in the United States on June 8, 2021
4.0 out of 5 stars
Great movie, very clean
Verified purchase
Another viewer stated this was the brain child of Jerry O'Connell and that he narrated the beginning and end. Not True! Read the credits. Forrest Whittaker wrote the screenplay, narrated it beginning and end and also wrote most of the music. I loved that. I really appreciate this great actor and he should get credit and recognition for all of his hard work. This is a great story. Everyone did a great job. It was fun, funny but mostly sweet. A love story between two parents and their daughter, A story about friendships and a coming of age movie too. No sex scenes although the roommate seems to be getting around. Four guys dance around twirking! "Nothing to see there folks". Not sexy! Irritating and immature. Overall I recommend to anyone who likes Michael Keaton, Katie Holms, and Forest Whittaker. :)

skaReviewed in the United States on October 12, 2019
5.0 out of 5 stars
Like the movie line.
Verified purchase
I saw this on Utube and wanted to see the full movie, with all the deleted parts included and hearing it the entire time. We saw this years ago, long before we saw the leading man in anything else. Now, we've seen him in many movies, and love him. He has great chemistry with each leading actress, which makes him a great actor. We decided to buy this movie too.
3 people found this helpful

MISS KITTYReviewed in the United States on September 15, 2015
5.0 out of 5 stars
Young love at its best
Verified purchase
Katie Holmes and Marc Blucas did a fantastic job in this movie. If you watch it you might find as I did that Katie looks like the great Audrey Hepburn at that age. The story is pretty much a beautiful love story. Everyone knows how it will end but it's not about how it begins and how it ends but the journey it takes you on. The music was great and the dancing was wonderful. I will have to admit I have watched it several times to see the dancing and hear the music. Don't skip over the credits at the end because you will miss two really great songs. The theme song that is performed by Tamia at the end," I DANCE IN MY DREAMS" is one of the most beautiful songs I have heard in a very long time. Michael Keaton does a good job as the president. His love for Samantha is always obvious. The story takes Sam, as she prefers to be called, to California to college where she meets James. If I told you all of the story it might ruin it for the first time viewers. Also, watch the deleted scenes and the behind the scenes comments.
6 people found this helpful

MamacitaReviewed in the United States on December 23, 2021
1.0 out of 5 stars
Don't order this DVD because it comes from the UK and won't play on U.S. DVD players!
Verified purchase
I couldn't watch this movie because the DVD came from the UK. Why does Amazon advertise a DVD that won't play on American DVD players? It took about 3 weeks for this DVD to arrive. I've tried re-ordering, so I'll soon find out (after the first of the year when it finally arrives) if I'll have two DVDs of the same movie that won't play on an American DVD player. Extremely disappointing!!

Nate93Reviewed in the United States on January 3, 2021
1.0 out of 5 stars
"POOR" Film About the Poor Little Rich Girl...
Verified purchase
Poorly acted. Poorly done. Very poor conclusion – as the poor little rich girl drives off into the night in her mis-matched fender, 'Herbie,' VW beetle to her California one-horse college w/ bologna sandwiches and beer packed in the cooler next to her in the passenger seat. Overall, simply just poor! If this could be given ZERO stars, that's what it would be, and assuredly *should be*, given. Leaves a poor, bad taste. Just... Bah, Humbug!
See all reviews
Back to top
Get to Know Us
Make Money with Us
Amazon Payment Products
Let Us Help You
EnglishChoose a language for shopping. United StatesChoose a country/region for shopping.
© 1996-2022, Amazon.com, Inc. or its affiliates