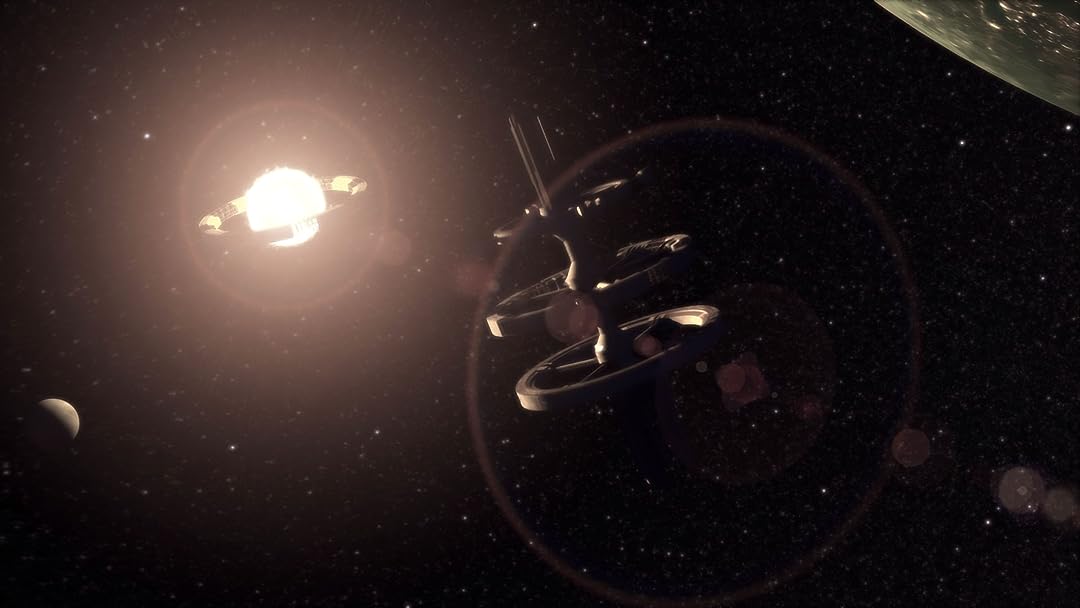 (126)
6.91 h 42 min202113+
When Air Force Space Command receives a signal from an alien satellite in Earth orbit an emergency meeting with the President reveals a government conspiracy.

spookarooReviewed in the United States on April 30, 2021
1.0 out of 5 stars
Forget Those Other Reviews
Verified purchase
This movie is so low budget 3/4 of it is shot in the same room that looks like my basement. Geeze where do I start! I rented this movie based on the three current reviews-glowing ones! but I suspect someone paid them to write those reviews or they're buddies with the filmmakers. At 5 min. into the film I'm getting that sinking feeling... oh no, this isn't looking so good. At 20 min. I forwarded through the rest of the film real quick and toward the end the only believable thing was the "tic tac" UAP video we've all seen on the news. Someone tried to build a story and film around THAT video and failed horribly. The script is awkward, cliched and predictable. The characterization is very 1960ish... embarrassing. A female president who tries to act like a confident leader - note "tries" - and the military dude... cliched... the mysterious scientist... cliched. Sigh. It's such a poorly written script I doubt anyone could have made it work. Got nothing to do with low budget either. Skilled writing doesn't have to cost a fortune. People, don't waste the money or time to watch this. You'll thank me. Go watch an oldie like Contact or better yet, a recent gem called Cosmos. (not the Carl Sagan one, the low-budget one that is a gem). I know you have to give people credit for trying but it helps to have some imagination. Something this film seriously lacks.
26 people found this helpful

Bill WeronkoReviewed in the United States on June 10, 2021
1.0 out of 5 stars
Just horrible
Verified purchase
Normally when I find a movie that is bad as this one I bail out before it is complete wasting my time. However, I thought that just perhaps there would be a ending that would justify the rambling nonsense. But alas, it was not to be, the ending was actually worse than the plodding gibberish that proceeded it. The movie wasted what seemed to be a several hundred dollar budget with 30 minutes in someone's basement using 1980 audio visual equipment as props. The scene suppose to be with a 4 star general in charge of space command briefing the president. The dialogue was disrespectful, illogical and absurd. No general talks to a president that way unless they want to be fired immediately. The staff present all have emotional and heated and irrational arguments punctuated by a female air force major telling them all they are full of BS. I guess that is how the writers think the military works. The general logically just wants to understand what the spying aliens are doing. The civilian scientist (turns out to be an alien) gives a rambling speech on how immoral it would be to want to determine where they aliens are. I could go on but it was too painful to continue. This movie was not worth its paltry budget and wastes everyone's time.
13 people found this helpful

CrackerJackReviewed in the United States on May 16, 2021
2.0 out of 5 stars
story lines sucks
Verified purchase
80% of the movie is just sitting in a closed room in discussion totally don’t waste your time
10 people found this helpful

Tony TReviewed in the United States on May 25, 2021
1.0 out of 5 stars
Disappointed
Verified purchase
Sorry but wish I could give less. The premise sounded interesting, but right from the start, I realized it was going nowhere. The problem was with cast, chemistry, acting, timing, script, it was so painful watching the first 10-15 minutes, had to stop. I think story line had potential, but it was sad to watch. Sorry.
7 people found this helpful

Lewis Wayne GalleryReviewed in the United States on September 10, 2021
3.0 out of 5 stars
A cerebral movie
Verified purchase
The average movie watcher nowadays has the attention span of a 2 year old, and the other comments reflect this. While there are no academy award winning actors (hence the 3-star rating), the story is thoughtful and original. Sorry, no "shiny things" to look at like ridiculous over-the-top CGI, explosions and piles of dead bodies, or T and A cleavage to keep the masses engaged. You have to actually pay attention to the dialogue to understand what's going on.
4 people found this helpful

DaveReviewed in the United States on May 23, 2021
1.0 out of 5 stars
I could have acted better
Verified purchase
Low budget with lousy acting. Story line wasn't that bad but poorly developed. Save your money
5 people found this helpful

RyanReviewed in the United States on August 8, 2021
1.0 out of 5 stars
Birdemic was better than this
Verified purchase
I never write movie reviews. That being said, this is probably the worst movie I have ever tried to sit through.
I was unable to find a single redeeming quality to write about this trash. If you want an example of the worst editing and filming of any movie you have ever seen you need only fast forward to the very long scene toward the end which was filmed in an open field. The appears to be some magical quality to this location as the background keeps shifting behind mostly motionless actors. The car is close, then far away and then suddenly disappears all together. The foliage comes and goes seeming of it's own free will, first far away, then in the immediate background, then just plain gone. I give honorable mention to this as the absolute worst musical track ever dubbed into a film with constant, unending droning of a generic musical score. An oak tree is not as wooden as the "acting" with dialog written by the twelve year old nephew of whoever made this dreck.
As I said, Birdemic was far better than this. And in closing, would someone, for the love of God, buy "president" whats-her-face a comb already. She looks like she just finished sleeping off a bad drunk.