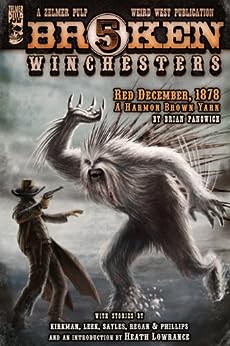 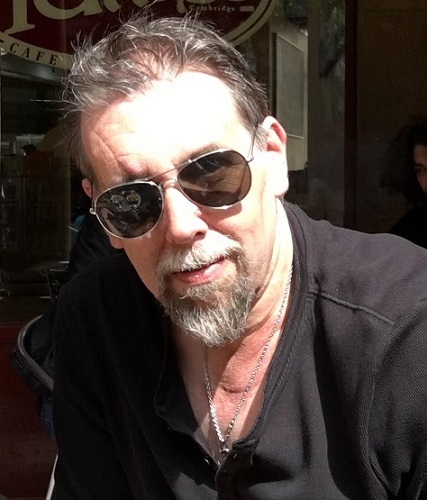 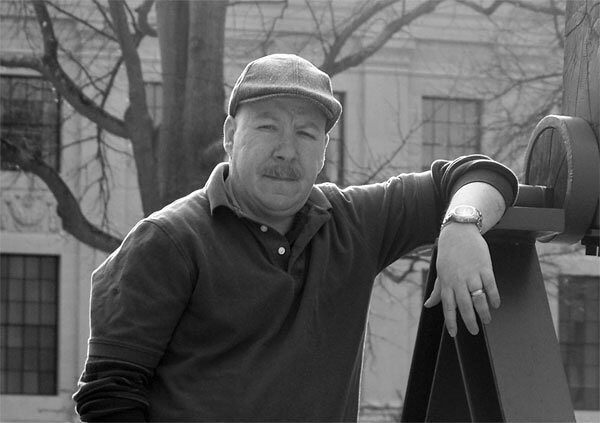 From the Icy mountains of Montana to the vast red plains of Mars, Zelmer Pulp delivers the West like no one else. Like a punch in the snout.
Read more
Previous page
Next page

Seth A. Tucker
4.0 out of 5 stars Good collection of short stories
Reviewed in the United States on April 14, 2015
Verified Purchase
The stories in this collection are a fun read in the classic Weird Western style. Some of these are more western than weird, but that doesn't detract from them at all. A collection of works dealing with strange snow beasts, philosophical cowboys, farmers on Mars, and gunslingers throughout. A quick fun read from cover to cover, if you are a Weird Western or Western fan, then this would be a good book for you.
Read more
One person found this helpful
Helpful
Report abuse

Jamez Chang
4.0 out of 5 stars Based on Isaac Kirkman's "The Atheist," Zelmer Pulp may have carved out a new genre of fiction: Western Literary Pulp
Reviewed in the United States on October 12, 2013
Verified Purchase
"I've thinned my oil paints and coffee to phantoms and filled every empty space of paper with lines. My books have been reread till their pages have fallen out." - Isaac Kirkman﻿, "The Atheist"

What a treat to read Isaac Kirkman's short story "The Atheist!" Vengeance and violence and Cormac McCarthy. With a true love affair that resides: a man and his books. His peacemaker.

I really think this is Kirkman's best work to date, the dialog is completely riveting, and I was sucked in by the fluid pace, following a certain caravan with melding intensity--only because the author details every scene with striking clarity. Is there such thing as Western Literary Pulp Fiction, because I think I found it tonight.

And you will never read Thoreau's Walden in the same way again! A highly entertaining read.

* 4 stars because I'm reading the rest of the stories this weekend.
Read more
2 people found this helpful
Helpful
Report abuse

J. H.
4.0 out of 5 stars Good reads....
Reviewed in the United States on August 21, 2017
Verified Purchase
As with most anthologies some stories are better than others. All were worth the read...
Read more
Helpful
Report abuse

Christopher Davis
4.0 out of 5 stars Great Stories
Reviewed in the United States on April 3, 2014
Verified Purchase
Haven't worked my way completely through it yet, due to personal time concerns at the moment, but have found the stories that I have read quite entertaining. Wasn't really sure what a 'weird western' was until I purchased 5 Broken Winchesters...now I know
Read more
Helpful
Report abuse

Kindle Customer
2.0 out of 5 stars Do not waste your time on this one
Reviewed in the United States on February 27, 2015
Verified Purchase
Do not buy this book if you are looking for a decent read of some weird westerns. Most of these do not belong in an anthology of weird westerns. A couple of so-so stories but the rest are just bad. In particular is The Atheist by Isaac Kirkman. He seems to be writing for a small group of friends to impress them with his vast background in literature and writing skills. Stick to writing letters to your friends. You do not know how to write a good story to be enjoyed by the vast majority of readers, whether they have your background or not. Dreadful storytelling.
Read more
2 people found this helpful
Helpful
Report abuse

Kindle Customer
4.0 out of 5 stars Some Yes and Some No
Reviewed in the United States on April 19, 2015
Some stories yes yes and one no no. But the majority are fast reading. It's worth the money. You all will still enjoy
these adventures.
Read more
Helpful
Report abuse

Charles van Buren
TOP 1000 REVIEWER
1.0 out of 5 stars What is the guy on the cover looking at?
Reviewed in the United States on December 6, 2016
I don't read fiction looking for errors but several in these stories just jumped out at me beginning with the first story, Red December, 1878, in which the main character, Harmon, laments not having brought his Henry rifle as it is tougher than the Winchester. Silly. The Henry is a Winchester. The Model 1866 Winchester which followed the Henry is an improved, more reliable Henry. The Model 1873 Winchester is a much improved new design available in more and better calibers than the Henry. Did the author get his firearms info from one of the bad movies or television programs of the 1950's? Of maybe he has confused the modern Henry Repeating Arms Company with the civil war era Henry.
In the same story, Harmon takes refuge in a cave without making sure that he has not stumbled into a predators den. Yep, he has entered the snow beast's larder. At an earlier point in the fight with the beasts, Harmon finds that the creatures are out of handgun range, so he pulls his knife. If they are within knife range, they are in handgun range. Use the revolver and the knife.

In the second story, Guns of Justice, much is made of the bounty on Corry Johnson being 30 silver dollars, thirty pieces of silver as was paid to Judas. A thirty dollar bounty wouldn't pay for the bounty hunters' supplies. A bit further along I came across this passage, "What her shotgun lacked in accuracy it more than made up for in brute force. “ Shotguns don't lack accuracy, they lack range and an easily portable supply of ammunition. At another point in the story, McCann fans the trigger of her Colt revover. If you don't know what is wrong with that, ask someone. We find this passage when McCann is slipping up on three outlaws, "The three men were lounging around a camp fire a few yards off. Two were still snoring loudly, the other, Clay Billings, was awake, but too busy with his flayed leg to notice the sheriff had temporarily rejoined the living." The author used a different definition of lounging to compose that sentence. And about that "flayed" leg, McCann cut it open, she didn't skin it. In that same campfire scene, one of the outlaws has a serious chainfire accident with his revolver, "Clay turned, leveling the Griswold at McCann’s head. He yanked on the trigger, igniting the grains of powder that had jarred loose when he dropped the pistol the previous night. The Griswold chain fired, one slug shooting out the barrel and the rest exploding in the gun, chewing Clay’s hand down to a mushy stump. He tried to scream, the sound never made it past the fragment of hot casing lodged in his windpipe and he had to settle for bubbling up frothy blood instead. " The Griswold was a Confederate cap and ball revolver, which is how a few grains of powder could escape the chambers and ignite a chain fire incident. There would be no fragment of hot casing to lodge in the outlaw's windpipe as the ammunition was not in cases.

The author of the third story, Obsidian, has a problem with rode and ridden just as do many other modern authors. "People asleep, people filling their bellies with whiskey and warm beer, people who didn’t know he had rode into their town." Ridden not rode.

The fourth story, The Atheist, has so many problems with facts and spelling that it would take too much space to enumerate them. I did highlight several in the text. I may be remembering the wrong story, but I believe that one of the careless errors is eucalyptus trees growing wild in Arizona in the 1800's.

The last story, the Ballad of Jeremy Diggett, is science fiction but is the best western of the lot.

Look carefully at the cover. The man is being attacked at close range by a large creature. Instead of focusing on his attacker, he is looking into the distance. What is he looking at that takes precedence over the creature?
Read more
One person found this helpful
Helpful
Report abuse

Benny J
5.0 out of 5 stars Highly Recommended
Reviewed in the United Kingdom on October 7, 2014
Verified Purchase
This anthology is a real treat for western fans giving us seven tales from masters of the Western along with an excellent introduction from Heath Lowrance.
My personal favourite story was "The Atheist" by Isaac Kirkman, which I would rate as one of the finest pieces of short western fiction I have ever read, closely followed by Ryan Sayles' "Obsidian". "The Dead Hagedorns" is more flash fiction than short but excellent none the less. "Guns of Justice" by Chris Leek is an excellent introduction to his "Gospel of the Bullet" novella. Ron Earl Phillips and Brian Panowich provide us with solid efforts while Chuck Regan takes us off Earth for a Martian 'Western'.
I would highly recommend this anthology to any fan of the Western but especially those who like theirs with a dash of the weird.
Read more
Report abuse
See all reviews
Report an issue
Does this item contain inappropriate content?
Report
Do you believe that this item violates a copyright?
Report
Does this item contain quality or formatting issues?
Report