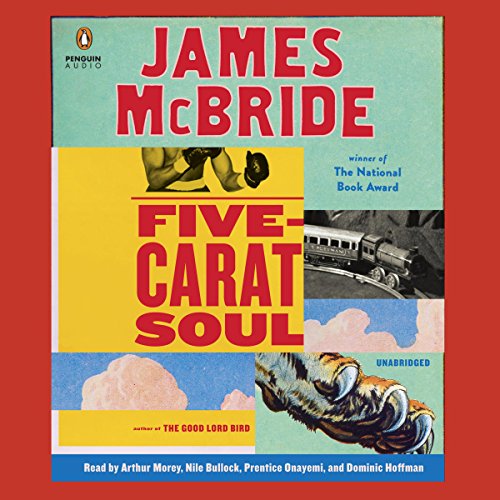 List Price: $24.50
You Save: $3.55 (14%)
By completing your purchase, you agree to Audible’s Conditions Of Use
Sold and delivered by Audible, an Amazon company
Share

4.4 out of 5 stars
4.4 out of 5
225 global ratings
How are ratings calculated?
To calculate the overall star rating and percentage breakdown by star, we don’t use a simple average. Instead, our system considers things like how recent a review is and if the reviewer bought the item on Amazon. It also analyzes reviews to verify trustworthiness.

Gary Moreau, Author
TOP 1000 REVIEWER
5.0 out of 5 stars Prose like the wind itself
Reviewed in the United States on September 26, 2017
Verified Purchase
I don’t recall ever actually resorting to this description before, but the word “yarn” lingered in my thoughts continuously as I read this collection of diverse short stories. And even that doesn’t do them justice. They don’t so much have a beginning and an end in the sense that stories normally do. They are a launch pad for thought without deliberately promoting any particular intellectual or political agenda. It’s entertainment for thought at its best.

McBride is a master storyteller. The prose is colorful and flows quickly. I was turning the pages so quickly I felt compelled to check the size of the font to understand why. It was the prose, however, not the font, that ultimately enticed me to gallop through the pages.

Like most readers will be inclined to do, I searched for a common denominator to each of the stories. And there are a few. There is a history of color that runs throughout, for example. In the end, however, I think that the message of this book is like the wind itself, blowing both through your hair and everywhere around you all at the same time, refusing to be channeled or characterized. And that is what makes the wind and this book so liberating.

One of the stories takes place in an area of Uniontown, PA, a suburb of Pittsburgh, known as The Bottom. A teacher of one of the more athletic local boys goes to his home to talk to his mother. “Are you Seymour’s mother?” Miss McIntyre asked. “If you mean is I the someone who teaches him not to brush his teeth and clean his nose out in public, yes, I am his mother,” Mrs. Shays said. “But if you from social services and come out here fending and providing and pretending you know everything, which must be a terrible strain on a person, then I ain’t nobody.” To the inevitable follow up, she says, “If it look like buzzard and smell like buzzard, miss, in ain’t catfish.”

In one story involving The Gatekeeper to you-know-where, one particularly recalcitrant and feisty boxer, unmistakably modeled after Muhammad Ali says, “Take that robe off and fight, you devil you. Pull that hood off. Lordy, that mug of yours must look bad as a snake bite. You so ugly you keep your eyes closed when you kiss your wife—so you won’t see her suffer.”

I normally reserve a 5 rating for books that are truly transformative. And that is a very high standard for fiction to achieve. This book clears that bar, however, not because it will transform your thinking so much as it will simply transform the time you spend reading it. It’s a true delight without ever begging to be delightful.
Read more
41 people found this helpful
Helpful
Report abuse

R. Jefferson
5.0 out of 5 stars Can’t Put It Down
Reviewed in the United States on November 23, 2017
Verified Purchase
I heard Lavar Burton’s podcast reading of Goat, a short story from this book. I brought it with me on a trip to Thailand. I’ve read a little more than half the book in 2 sittings. It’s so hard to put down that I can’t look out the window on the Thai tour bus.

He writes with emotion and vividness that it takes you away and makes you feel like you’re there. It’s comedic, dramatic and suspenseful.

There’s multiple short stories, about 10, ranging 20-55 pages each. So it’s a great book that you can read off and on.
Read more
21 people found this helpful
Helpful
Report abuse

Ella Mc
5.0 out of 5 stars You can't go wrong with this group of stories.
Reviewed in the United States on February 27, 2018
Verified Purchase
nb: I read this on my Kindle with the assistance of the audio whispersync.

This book of short stories was tremendously varied and full of imagination and wonder. Some stand alone, and others are grouped. As it happens, my least and most favorite were among the grouped stories. Least favorite, sadly, has the best title - "The Five-Carat Soul Bottom Bone Band." It was about a group of kids in a place called "the Bottoms" who had a band. The biggest problem was that the best story came first and they tended to just go on without another high point. None was awful, but they didn't stand up to the level set by every other story in the book.

My favorite grouping was five connected stories about a group of animals living in a zoo, "Mr. P & the Wind." These stories were just beautiful, imaginative, fantastic and strangely: the most human, despite all coming from the point of view of said animals, AKA "Higher Orders." If this is what zoos are really like, I might start to visit them again. They all were so enchanting. I could easily read a book-length group of these if they stayed at this caliber. Interestingly, at the very end is a note from James McBride:

"In 1986 I took my two nephews, Dennis and Nash McBride, who were little boys back then, to visit a major zoo in one of America’s big cities. They were so horrified by what they saw, I wrote Mr. P and the Wind for them."

Somehow, days after finishing, as I argued with my Kindle to just let me finish the book without writing a review on that silly little keyboard (they never actually post anyway,) reading that bit made the stories even better.

"The Christmas Dance" was also superb. Of course, he gives away some of the magic with his title, but it's the getting there that makes the difference in all good reading, so I wasn't upset to land where I expected, and it didn't make my eyes any drier when we arrived. In fact, I'd mostly not thought about the fact that I knew where it was headed since the title! A lovely gem right in the middle of the book.

I doubt if I'd just read "The Under Graham Railroad Box Car Set"- the first story (and yes, it's Graham, not ground, you'll have to read it to find out why) - without the audio. I doubt the first story would have grabbed me the way it did. But since I had the joy of wonderful audio, I completely bought into this story. It's long and detailed, about a topic I have zero interest in (toy collecting.) Nonetheless, I was delighted and entranced. The voices didn't always stay at the caliber of that first one, but when they were good, they were tremendously good. The zoo stories were also fabulously acted.

The imagination in these stories is fabulous. Truly amazing to think about, given the breadth of the topics covered. "The Moaning Bench" was another amazingly surprising and imaginative story, and "The Fish Man Angel" was quite touching.

Kylo Ginsberg
4.0 out of 5 stars Poignant and pointed story telling
Reviewed in the United States on March 31, 2018
Verified Purchase
This is a fine set of short stories. McBride’s story telling style is authentic and from the heart, in some ways harkening back to mid-20th-century short story authors with his apparently uncomplicated style, while at the same time cutting to the core of the struggles of American history with great insight. At his best, he can deftly sketch out compelling characters in a complicated time, letting small acts resonate through history. Amazing stuff and some of these stories are sure to stick with me for years to come.

That said, he doesn’t always hit the mark - specifically, the Mr. P set of stories that close out this collection are an unfortunately weak note to close out this collection. I gather from the note at the end that these started as stories told to his young nephews, for whom they may have been lovely - so McBride’s very strength, his authentic sentimentality, may have blinded him to the merit of these stories for a general audience.

So skip that last set, but enjoy the craft of a great American story-teller sketching out the flaws and heart and humanity of an array of characters across a couple hundred years of American history.
Read more
4 people found this helpful
Helpful
Report abuse
See all reviews
Back to top
Get to Know Us
Make Money with Us
Amazon Payment Products
Let Us Help You
EnglishChoose a language for shopping. United StatesChoose a country/region for shopping.
© 1996-2021, Amazon.com, Inc. or its affiliates