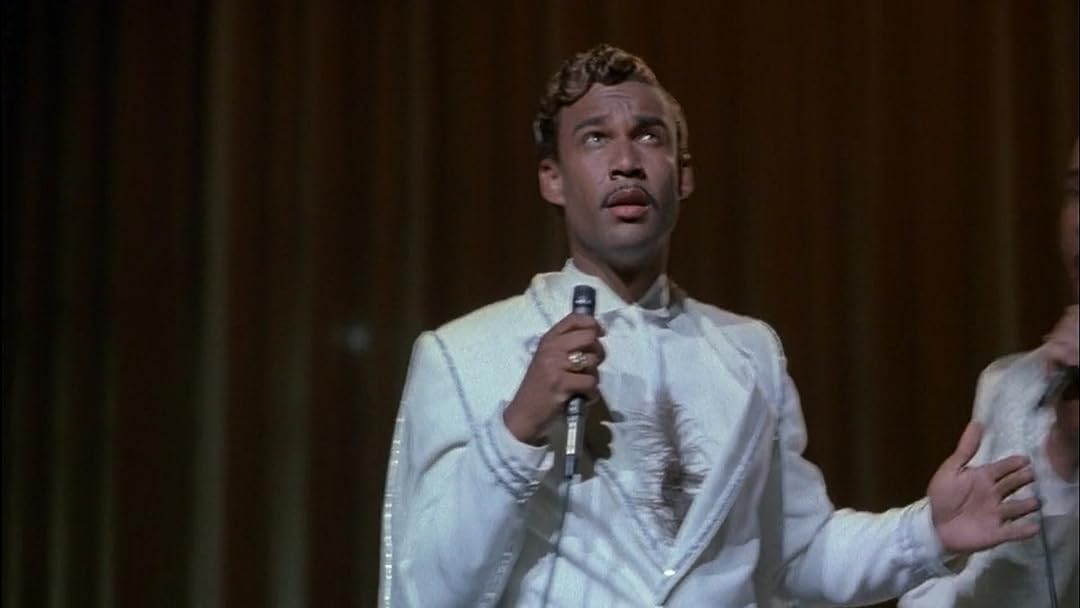 Carmen M ColonReviewed in the United States on October 6, 2016
5.0 out of 5 stars
We Will Love This Movie Always - A House And Film of Love And Life
Verified purchase
You couldn't give anything less and wanted to give more than five (5) stars to this film if you grew up knowing that Motown and R&B was such a part of your history. Everyone loves this iconic classic because it depicted an era, a time where life was hard but through music more palpable. The writer, director Robert Townsend transported you seamlessly to a place and time where we all wanted to go back to as years progressed and with every showing, every viewing, the love of our music, culture and way of coping with life's injustices this film calmed our heavy hearts to the beat of Eddie Caine and the Five Heartbeats.
25 people found this helpful

myreviewReviewed in the United States on March 15, 2019
5.0 out of 5 stars
Good music, good movie
Verified purchase
This is a classic that I can watch repeatedly. It never gets old. This is a story based on several R&B groups over time. Comedy, drama, suspense, music ... something from everyone.
8 people found this helpful

Precious Powder PuffReviewed in the United States on June 24, 2017
4.0 out of 5 stars
Call me a Wahhhhmbulance, Real Life Sucks too!
Verified purchase
What can I say. Tells the absolute truth about the music business, but the truth is sooo ugly. I would've preferred quite a few more uplifting scenes of all the fun gigs the had, too. It's not like performers have to drag their butts to the same boring day jobs their whole life, they travel the world, get their butts kissed, and make (sometimes) great money. Real life sucks too, y'all. Could've mixed in a bit more fun.
8 people found this helpful

AudreyReviewed in the United States on May 28, 2021
5.0 out of 5 stars
Perfection
Verified purchase
First of all, five is not enough. I have always loved this movie. The way it provokes all of of my emotions is so amazing. I first saw this movie when I was fifteen and now I watch it with my 19 year old daughter who loves it just as much. Love love love this movie.
2 people found this helpful

Yakeema StewartReviewed in the United States on July 10, 2019
1.0 out of 5 stars
Skipped n paused on my favorite parts
Verified purchase
Just got the movie n it was all going great until it got to my favorite part when he came to them trying to get them to let him back into the group... Singing. Nights like this I wish rain drops would fall... It started to skip n mess up. I can't believe it mess up on that part then seemed like after that it just took a bug chunk of the movie out pausing n skipping. I'm so disappointed. I really want a better copy that works all the way through..
One person found this helpful

Tempting ReviewsReviewed in the United States on April 5, 2007
4.0 out of 5 stars
I'll review this version rather than the movie as a whole.
Verified purchase
Why? Because if you're here, you probably already saw the movie and are just curious about this release version. So I'll tell you about it.

- Comes with the official movie soundtrack. I mean the FULL soundtrack, it's a separate disc.

- Video transfer is done a lot better than the original DVD release.

- Case is designed a lot more appealing than the standard black and blue.

- Audio is better encoded and easier to hear at lower volumes.

- Lots of extras, including some fluff, but hey.

- The soundtrack...it's so irritating to listen to, because they managed to do the true movie version of "Nothing But Love" and some other songs, fresh from the movie, but yet "Nights Like This" is that After 7 version. I don't mind the After 7 version, it's not bad, but I wanted to hear the movie version. This is especially troublesome when they even managed to do that Byrd song fresh from the movie.

- Some of the footage that never made it in the movie SHOULD have. Like the scene where Duck is explaining that all of the members can sing all different levels. It would explain a later scene when Choirboy offers to sing in Eddie's place - when I watched the first version I was confused. A soprano singing a baritone's parts? Also, there were some slight comedy pieces in there that should have been included.

- Some of the extras are just flat out pointless - or if they wanted to include them at least include the characters people cared about. There's one extra where the actors in kayfabe are giving their thoughts before accepting 'awards'. Totally corny, but it might have been entertaining if Eddie Kang Jr. and JT were there. There's only 3 of the five present.

- General movie negative...they never did explain what happened to Bobby, from the beginning of the movie. I was hoping for a deleted scene that would explain this, but alas...

So, would I recommend getting this? Absolutely, because I can almost guarantee it won't be released on HD-DVD or Bluray.

C. PapinReviewed in the United States on May 4, 2016
5.0 out of 5 stars
The Five Heartbeats.....
Verified purchase
I have been waiting for this to be available in digital format for PURCHASE! Once I saw that it was I snagged it right away! This is by far the BEST movie one could ever see. I have watched it so much throughout the years that I could give you a script if you need it. Robert Townsend did an awesome job with this movie!
11 people found this helpful
See all reviews
Back to top
Get to Know Us
Make Money with Us
Amazon Payment Products
Let Us Help You
EnglishChoose a language for shopping. United StatesChoose a country/region for shopping.
© 1996-2022, Amazon.com, Inc. or its affiliates