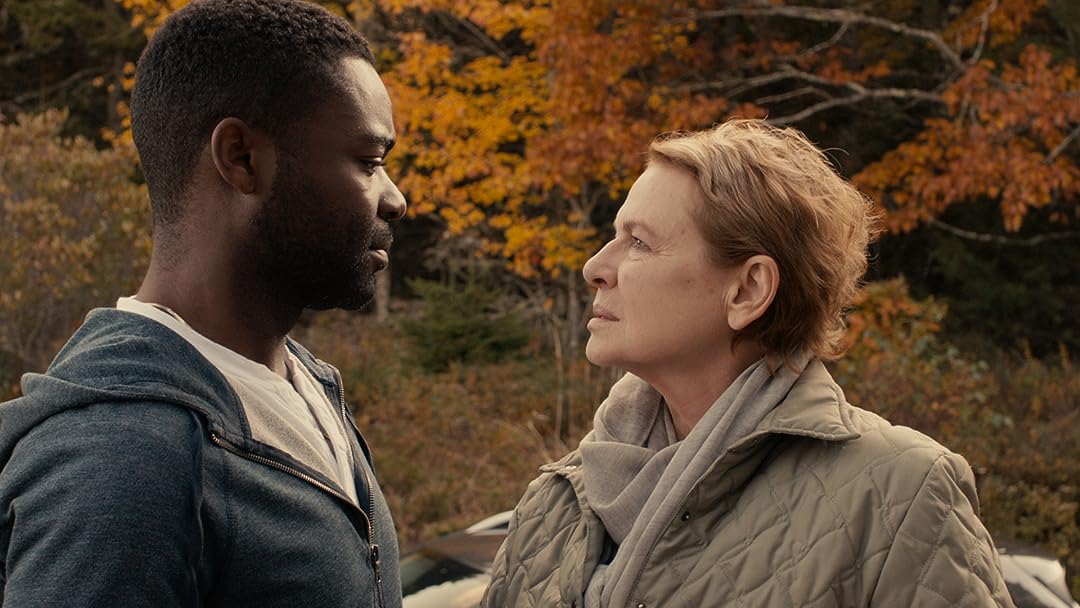 (15)
4.71 h 22 min20157+
A young African-American man, reeling from the tragic loss of his wife, travels to rural Maine to seek answers from his estranged mother-in-law, who is herself confronting guilt and grief over her daughter's death.

CalifKarenReviewed in the United States on May 17, 2017
2.0 out of 5 stars
no plot, no character development
Verified purchase
Eh. Disappointing. Kept waiting for a plot to develop. Great opportunity for character development, but completely missed the mark.
One person found this helpful

AngieReviewed in the United States on November 2, 2016
5.0 out of 5 stars
Five Stars
Verified purchase
great and evocative film, thanks

SherryReviewed in the United States on October 6, 2016
5.0 out of 5 stars
Five Stars
Verified purchase
Liked the story. Scenery was gorgeous.

Lauren NewtonReviewed in the United States on August 17, 2016
1.0 out of 5 stars
Nothing happened.
Verified purchase
Great actors but no character development or story. Nothing happened, at the beginning, middle or end. It was very disappointing.
One person found this helpful

LouCReviewed in the United States on September 8, 2016
1.0 out of 5 stars
One Star
Verified purchase
So depressing we didn't finish watching.

KJReviewed in the United States on February 28, 2017
1.0 out of 5 stars
One Star
Verified purchase
I did not order this book
One person found this helpful

StorylorryReviewed in the United States on August 13, 2016
2.0 out of 5 stars
Well, wasn't that deep...
Verified purchase
Really? The trailer drew me in. Bait and switch. I've come away feeling as though I've merely witnessed a self-absorbed experiment rather than a real attempt at meaningful storytelling. Perhaps there's a market sector for films that neglect the audience. I'll count myself out of that sector and try to make up for a couple of wasted hours.
One person found this helpful

Tirdad DerakhshaniReviewed in the United States on August 31, 2016
3.0 out of 5 stars
Uneven debut from a talented, promising director
Few human experiences are as difficult to capture on film as grief, an interior process so deeply personal that it resists visual representation.

It's a brave filmmaker who decides to devote an entire film to it. And a slightly mad one, perhaps, to grapple with it for her debut feature, as Maris Curran does in Five Nights in Maine.

An extremely delicate, quiet, and stunningly understated chamber piece, Five Nights has but the bare bones of a story: A recently widowed man visits his aging, sick mother-in-law, who had never accepted him as the right man for her daughter.

He's not sure, however, if he wants to reconcile with her or to condemn her for the many traumas she inflicted on his wife.

Curran stacks the deck in her favor by casting stellar actors. David Oyelowo stars as the widower, Sherwin, an Atlanta professional whose wife is suddenly and irrevocably taken from him in a road accident. Dianne Wiest is the deceased woman's mother, Lucinda, a misanthropic, bigoted, and intensely lonely soul. And Rosie Perez is terrific as the story's one ray of light, Ann, the nurse who tends to Lucinda round the clock.

If there's anyone who can deliver Curran's mandate - to become grief itself, to become rage and denial, to become vengeance - it's Oyelowo, who projected a preternatural power as the Rev. Dr. Martin Luther King Jr. in Selma. The British-born actor has the chops to portray interior states, as he proved playing a war vet having a psychotic break in HBO's one-man teleplay Nightingale.

Oyelowo is well-matched by Wiest, an accomplished performer who has twice won an Oscar for supporting actress, in Woody Allen's Hannah and Her Sisters and Bullets Over Broadway.

The trouble is, Curran's script gives the actors too little substance with which to work their magic. The filmmaker's minimalist style is too sparse for the material.

She does pepper the story with flashbacks that enrich the proceedings. Featuring Israeli American actress Hani Furstenberg as Sherwin's wife, Fiona, these fragments of memory that grip the grieving widower from time to time help to explain the animosity between Lucinda and her son-in-law.

We find out that part of the conflict is caused by a subtle racism that bubbles beneath the controlled and inscrutable front Lucinda presents to the world. She has never become reconciled with the idea that her daughter married an African American.

Was Fiona, who had a traumatic visit with her mom shortly before her death, also tainted by this bigotry? Is that why she was reluctant to have children with her husband? Or was it because she was afraid she'd become a mother as full of loathing as her own?

It's really not clear. While I hate movies that spoon-feed the answers, I wish there were more of them in Five Nights in Maine.

Despite the film's flaws, it's clear Curran is possessed of a rare talent, at least for a certain kind of quiet and pensive film. I eagerly await her next feature.