You've subscribed to Chicago Bratva! We will preorder your items within 24 hours of when they become available. When new books are released, we'll charge your default payment method for the lowest price available during the pre-order period.
Update your device or payment method, cancel individual pre-orders or your subscription at
Your Memberships & Subscriptions
There was an error. We were unable to process your subscription due to an error. Please refresh and try again. 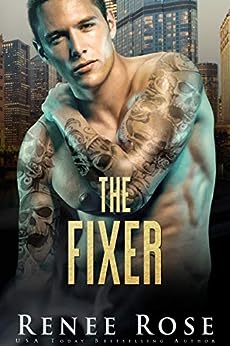 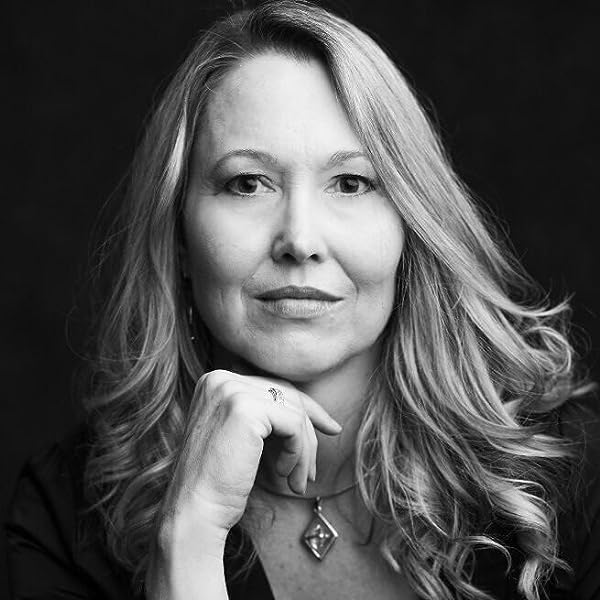 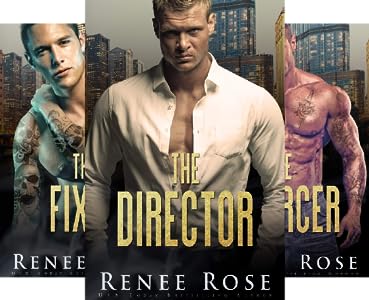 4.6 out of 5 stars
4.6 out of 5
639 global ratings
How are ratings calculated?
To calculate the overall star rating and percentage breakdown by star, we don’t use a simple average. Instead, our system considers things like how recent a review is and if the reviewer bought the item on Amazon. It also analyzes reviews to verify trustworthiness.

Sydney M Neblett
5.0 out of 5 stars Taking the princess in hand
Reviewed in the United States on February 2, 2021
Verified Purchase
This author manages to wrap me up in her believable and fascinating mafia stories. Sasha and Maxim had such a hard road to their HEA. Of course, most of that was because of the spoiled princess that Sasha continues to be, but once she got to meet the real Maxim their relationship went to a place that gave her what she was really looking for. I loved these characters; they were so much more than the back jacket led me to believe and I couldn’t put the story down until the very end. As with all of this author’s books there are those supporting characters that really enhanced the story and you just can’t help hoping they will get a story of their own. This book is another check mark in the win column for this author and I can’t wait to read the next book.
Read more
27 people found this helpful
Helpful
Report abuse

Bobbi Koe
5.0 out of 5 stars A PHENOMENAL romance, an unlikely couple, an endearing love full of promise! MUST-READ!!
Reviewed in the United States on February 6, 2021
Verified Purchase
Once again, I am in awe of author Renee Rose’s ability to tell what is billed as both a Crime Thriller and a Multi-Cultural romance with such perfection that by its end, readers will feel assured that the romance they have just lived with her compelling characters has taken them to the highest level of the most BLISS-filled nirvana ever felt by a reader! While I dubbed the first book in this series “Sheer PERFECTION!” the amazingly detailed ending of THE FIXER had me whispering the same thought as I read the last sentence! Perfection is what readers see in every romance Ms. Rose touches because that is how this author rolls. She puts together the most unlikely couples, has them fall in lust, and before her readers’ eyes, Ms. Rose turns them into fascinatingly endearing characters, worthy of this incredible unconditional love they have found. Then through compelling action and circumstance, she has those same readers totally convinced that the ONLY way these two characters will survive is to work together, admit their love for each other, and without question stand together against the foe bent on destroying their hope of a life wrapped in each other’s arms. Like Ravil and Lucy from The Director, Sasha and Maxim fit together perfectly despite the fact that her lies about him resulted in his banishment. On the surface, they are oil and water, but then author Renee Rose begins to weave her story magic. Using her eloquent and enticing prose Ms. Rose captures the focus and emotion of her readers as she weaves the story, grows her characters through angst and action wrapped in chemistry, and then accelerates their relationship through captivating events that require Sasha and Maxim to work together and trust each other. Understandably, the seemingly sudden appearance of the words “The End” is reached long before a reader is willing to leave the story’s cocoon. Leaving those same readers sad, unwilling to let go of what has become more tangible than their real lives, and longing to see more of the loving relationship the HEA has developed. THE FIXER is an incredible, erotic novel (18 and over, please) about one of those rare and compelling love stories that imprints the mind and keeps a reader smiling long after the reading is completed. I jumped to volunteer to read an advanced copy of THE FIXER, and this is my voluntary and honest 5+STAR review. Do yourself a favor and get your copy of THE FIXER today! Happy pages! 😉
Read more
21 people found this helpful
Helpful
Report abuse

monadh
3.0 out of 5 stars Doesn't deliver what synopsis promises
Reviewed in the United States on February 7, 2021
Verified Purchase
This dark mafia romance promised to have all the right tropes and ingredients I love: an anti-hero with a difficult past who is somewhat of an alphahole, an awful betrayal, forced marriage and a heroine who is innocent but strong. Alas, The Fixer fell short on all these counts.

First of all, Maxim, the fixer, is too nice by half. After the way Sasha, the heroine screwed him over, he doesn’t hold a grudge. He could have died because of her actions, instead he was banished to another continent. The fact, that his banishment ultimately worked out for him is no excuse in my eyes. So when her father, the pakhan – who was a father figure to him, too – asks him go come back and marry Sasha, he doesn’t hesitate. And he does marry her, not to exact any type of revenge, but to protect her. Also, he really sees her and supports her in realizing her dreams. There is no dubious consent; with regard to the intimate side of their relationship he is very patient and responsive to her needs.

Not that she deserves his consideration. She is a spoiled, self-centered brat and not too bright into the bargain. As her father paid for her education, she could just look for a job to support herself. But she feels entitled to his money, so she agrees to marry Maxim. Once married, she does her level best to make Maxim’s life as difficult as possible. She considers herself an innocent because she still has her hymen, even though she used to suck off her fathers guards to get her will (eww). And despite the kindness and patience Maxim has shown her, she is all to willing to believe that he is secretely plotting to get rid of her when a rather dubious source suggests this to her. At one point she vetures pecariously close to TSTL (too stupid to live) territory.

I don’t really expect a mafia romance to be overburdened with occupational details, but it would be nice to see the members of the bratva do some kind of business, if only for background. Maxim is supposed to be this legendary fixer, yet we never see him actually do anything to deserve the title.

I really wanted to like this book more, but for me the hero was way too nice, the heroine rather obnoxious (not made any better by first person point of view), and the story overall not dark and intense enough for my tastes. 3 stars (and half a star for Maxim).
Read more
10 people found this helpful
Helpful
Report abuse

Loribarett
4.0 out of 5 stars All about what's beneath the surface
Reviewed in the United States on February 2, 2021
Verified Purchase
Mafia princess. Mafia fixer. Forced marriage. Enemies. Murder and mayhem.

That's what's on the surface. But then the book takes you to what's underneath. Nothing is as it seems at first glance. It's a bit easy going, but still extremely entertaining. And hot! I adore the characters, and am always happy to be reunited with them.
Read more
23 people found this helpful
Helpful
Report abuse

Jennifer
4.0 out of 5 stars An enjoyable bratva romance.
Reviewed in the United States on February 2, 2021
Verified Purchase
This romance was great. The characterization was well done, with both hero and heroine being sympathetic individuals with nuance, strengths and weaknesses. The development of the romantic relationship was great, with the hero going MINE when he saw the heroine. I love a romance novel hero who does that. The heat level was four or five chili peppers, with some BDSM elements. There was plenty of action and high stakes, which tends to be one of my preferred narrative structures for a romance novel. Reading this romance was a great way to spend an insomnia filled night.
Read more
8 people found this helpful
Helpful
Report abuse
See all reviews

Tan
5.0 out of 5 stars Most get as the storyline is amanzing
Reviewed in the United Kingdom on February 25, 2021
Verified Purchase
I finish the book last night the storyline is very good and the love scenes are very hot and heavy as just imagine Maxim in your mind. What happened between Maxim and Sasha and how come to love each other in Sasha own way love from the start and just didn't know it. I couldn't what Sasha mother did just to get the money that her daughter got from the father. I like how it ending
Read more
2 people found this helpful
Report abuse

Kelly
4.0 out of 5 stars Loved it!
Reviewed in the United Kingdom on June 1, 2021
Verified Purchase
A great arranged mafia romance story. The story was full of suspense, sizzling sex scenes and a plot that kept me gripped to the end!
Can't wait to read more in the series!
Read more
Report abuse

JJ
5.0 out of 5 stars Brilliant
Reviewed in the United Kingdom on February 8, 2021
Verified Purchase
Loved this book. After reading the director I downloaded this straight away. Great story good characters, can’t wait for the next book.
Read more
Report abuse

SA-R
5.0 out of 5 stars Loved it
Reviewed in the United Kingdom on June 10, 2021
Verified Purchase
Loved it. Renee's stories are always the perfect mix of steam, sweetness and excitement. I loved the Vegas underground series, and from this book I can tell I'll love this whole series too!
Read more
Report abuse