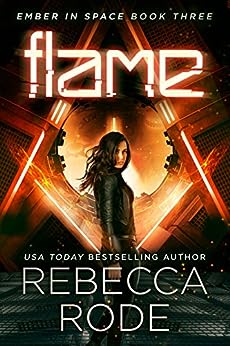 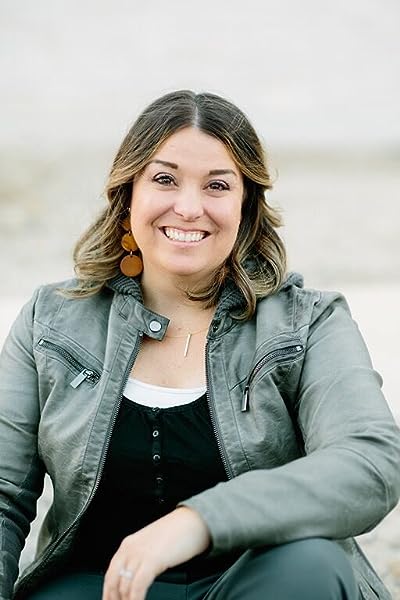 by Rebecca Rode (Author) Format: Kindle Edition
Book 3 of 4: Ember in Space
See all formats and editions
Sorry, there was a problem loading this page. Try again.

Two flares.
Only one will claim victory.

Ember has thrown the empire into upheaval. The entire realm knows her face, and her name is whispered in alleys and in the underground. Everyone wants to know what she'll do next, because it's clear she's the only person alive who can challenge their new, strangely powerful emperor. A massive battle is inevitable--and the entire realm is taking sides.

There's just one problem. Every time Ember uses her power, she loses a piece of herself. Fighting the emperor could cost her very soul.

Meanwhile, Stefan worries that Ember is slipping away from him. As she grows erratic and unpredictable, he's torn between his love for her and his desire to protect the revolutionaries. Can Stefan save the woman he loves? And can Ember fulfill the prophecy written in the stars before she loses herself completely?

Shop holiday gift cards
and discover deals from top brands.
Next 2 for you in this series See full series
Total Price: $12.98
Books In This Series (4 Books)
Complete Series
Ember in Space
Kindle Edition
Page 1 of 1Start OverPage 1 of 1
Previous page
Next page

REBECCA RODE is a USA Today and Wall Street Journal bestselling author. Her published fiction includes the Numbers Game trilogy, the Ember in Space series, and numerous novellas. She is also a freelance journalist. Rebecca has four children, two cats, one husband, and a ridiculous number of books. Visit her at AuthorRebeccaRode.com.

REBECCA RODE is a USA Today and Wall Street Journal bestselling author. Her published fiction includes the Numbers Game trilogy, the Ember in Space series, and numerous novellas. She is also a freelance journalist. Rebecca has four children, two cats, one husband, and a ridiculous number of books. Visit her at AuthorRebeccaRode.com.

REBECCA RODE is an award-winning author of YA fantasy and science fiction whose work has appeared on the USA Today and Wall Street Journal bestseller lists. Her fiction includes the YA fantasy Tides of Mutiny, the near-future Numbers Game series, and the Ember in Space trilogy. Rebecca lives in the Rocky Mountains with her family, two cats, overflowing bookshelves, and an odd collection of book-related socks. Learn more at AuthorRebeccaRode.com.

Maria
5.0 out of 5 stars Book 2 and 3
Reviewed in the United States 🇺🇸 on July 26, 2018
Verified Purchase
I read book 1 and immediately bought 2 and 3. Two was a little slow because it was setting up for book 3.
Book 3 was so exciting but I was not expecting the ending. I liked that throughout all 3 books the mantra was “you decide who you want to be”. I used to say that to my children all the time.
I would definitely recommend this book to all ages. Good job!

Michelle
5.0 out of 5 stars Fantastic Series
Reviewed in the United States 🇺🇸 on January 14, 2019
Verified Purchase
This is the last of the series and I mourned that it was over but I thrilled at the trip to the end! It is well written, well imagined and it's really nice to read a story were all the loose ends were tied together so neatly. I definitely will re read this series several times
Read more
Helpful
Report abuse

Jdubz
4.0 out of 5 stars Very Good Series
Reviewed in the United States 🇺🇸 on July 31, 2018
Verified Purchase
I really enjoyed the scope of the story. The characters were well developed and easy to relate to. Ember was a good hero who struggled with her path, but triumphed in the end.
Read more
One person found this helpful
Helpful
Report abuse

Janet Dopico
5.0 out of 5 stars Fantastic series!
Reviewed in the United States 🇺🇸 on July 26, 2018
Verified Purchase
This was my first novel by Mrs Rode. What a ride! I literally could not put the series down! I read one after the other and finished in three days. Fantastic characters, great story and wonderful world's. Thanks for sharing them with me!
Read more
Helpful
Report abuse

Phillip Sasser
5.0 out of 5 stars Thoroughly enjoyable
Reviewed in the United States 🇺🇸 on September 10, 2018
Verified Purchase
Excellent space saga , rich character and universe development. Would make a great movie or TV miniseries.. Obviously some inspiration from Star Wars, which I have followed religiously since 1977. Enjoyed the trilogy tremendously and will definitely check out further novels.
Read more
One person found this helpful
Helpful
Report abuse

lucyblue
2.0 out of 5 stars Irritatingly repetitious
Reviewed in the United States 🇺🇸 on July 13, 2018
Verified Purchase
a most annoying book! the first in the series was pretty good; the second drove me crazy because the lead character kept making the same mistakes over and over, never learning, having the same internal argument with no resolution, but this third book is 10X more repetitious than the second. It's the same argument with herself still, the same mistakes, over and over and over. The premise is interesting and i want to know how or who finally pulls this out of the dark depths but seriously, it is torturous to read. How many times can you say the same thing before you start screaming incoherently?
Read more
4 people found this helpful
Helpful
Report abuse

Laretha Palmer
5.0 out of 5 stars How would I handle that much power. Would I lean to the right or the left. Read this book and see how Ember handles the dilema
Reviewed in the United States 🇺🇸 on July 20, 2018
Verified Purchase
I loved the series. I enjoyed the inner turmoil and I loved the resolution. We all have a little of that turmoil inside of us. How would we handle that much power? Highly recommend this series.
Read more
One person found this helpful
Helpful
Report abuse
See all reviews

Black Invader
5.0 out of 5 stars Absolutely fantabulous
Reviewed in the United Kingdom 🇬🇧 on July 26, 2018
Verified Purchase
Well it’s. a great shame that this is the last of the series I have loved getting involved with the beta stage and enjoyed the story immensely. Nobody should be a god but for sure if 5hers one thing you need to do like save a life then it’s well worth being one for a short time. Or at least for long enough! Fantastic and well crafted well written and worth reading from the very beginning...
Read more
Report abuse

Mrs Miriam MacKenzie
5.0 out of 5 stars Very enjoyable
Reviewed in the United Kingdom 🇬🇧 on October 20, 2021
Verified Purchase
I really enjoyed these three books. The story is well told and grips you from the start. Highly recommended reading.
Read more
Report abuse

Heathered
5.0 out of 5 stars Enjoyed all 3 books.
Reviewed in the United Kingdom 🇬🇧 on July 26, 2018
Verified Purchase
Enjoyed all 3 books in the series. Interesting concept, society would be radically different if flickers were real! Recommended for sci go enthusiasts
Read more
Report abuse

Patricia Campbell-symons
5.0 out of 5 stars Brilliant book
Reviewed in the United Kingdom 🇬🇧 on July 26, 2018
Verified Purchase
WoW what a good read this is
Read more
Report abuse

Ronald N D
3.0 out of 5 stars THE END OF THE TRILOGY WITH EVERYTHING TIED UP NEATLY AND WITH GREAT FINALITY. EMBER & STEFAN NOW RIDE OFF INTO THE SETTING SUN
Reviewed in Canada 🇨🇦 on July 16, 2018
Verified Purchase
Yes, I did like this, the last book of the trilogy. But that is somewhat tongue in cheek. This was definitely the weakest of the three books even though it ended basically okay and as expected. It seemed as though the author worked hard to create enough pages to make the price worthwhile while still trying to make the story line work. But it wasn't all violins and roses. So in effect, at the end of the day, the good guys rode off into the setting sun to live happily ever after. Gee, who'da thought........ But, on the down side, there were times I felt the story was going in circles and the plot seemed to become stale as it, well, staggered ahead trying to create suspense and foreboding and pending confrontations that never seemed to really materialize - or if they did, were easily overcome. But, it is what it is, and by the end of the story the story line was indeed totally, absolutely and completely..... finished.
Read more
Report abuse
See all reviews
Report an issue
Does this item contain inappropriate content?
Report
Do you believe that this item violates a copyright?
Report
Does this item contain quality or formatting issues?
Report