You've subscribed to The Flash (1987-2009)! We will preorder your items within 24 hours of when they become available. When new books are released, we'll charge your default payment method for the lowest price available during the pre-order period.
Update your device or payment method, cancel individual pre-orders or your subscription at
Your Memberships & Subscriptions
There was an error. We were unable to process your subscription due to an error. Please refresh and try again. 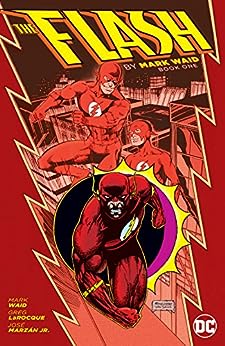 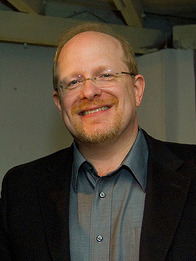 The Sandman Act 1
The Sandman offers a dark, literary world of fantasy and horror. Listen free
Books In This Series (15 Books)
Complete Series 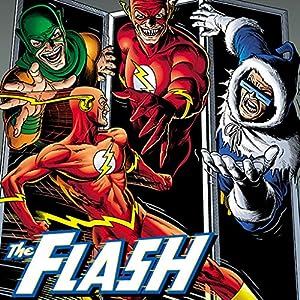 Born in Hueytown, Alabama, Mark Waid has earned his living as a lounge singer, a magician, a disc jockey, an accountant, and in many other ways, but none of them as eclectic--or fun--as scripting comic books. Waid has written for every major comic publisher, including Marvel Comics, Archie (where he served briefly as their cover-gag editor), Dark Horse, Image, DC Comics and Top Cow. His credits include X-MEN, FLASH, JLA,RUSE, FANTASTIC FOUR, the best-seller KINGDOM COME, his creator-owned series EMPIRE, and the Top Cow breakout hit HUNTER-KILLER. --This text refers to the paperback edition.

4.7 out of 5 stars
4.7 out of 5
92 global ratings
How are ratings calculated?
To calculate the overall star rating and percentage breakdown by star, we don’t use a simple average. Instead, our system considers things like how recent a review is and if the reviewer bought the item on Amazon. It also analyzes reviews to verify trustworthiness.
Top reviews

Sultan I. Khetani
4.0 out of 5 stars Great book for Wally West fans!
Reviewed in the United States on April 22, 2017
Verified Purchase
This book with amazing illustrations,drawing, and most importantly written by Mark Waid made me like the Wally West character even more than ever before. Wally's start as kid flash and his relation with aunt Iris felt genuine and heart wrenching. Not that big on action driven pages but fantastic on character development.
Read more
2 people found this helpful
Helpful
Report abuse

grahamgg
5.0 out of 5 stars Five Stars
Reviewed in the United States on May 1, 2017
Verified Purchase
Great read, and a fun way to catch up on early/mid 1990s Flash. I'll be awaiting the 2nd volume!
Read more
One person found this helpful
Helpful
Report abuse

Kindle Customer
4.0 out of 5 stars The beginning of a classic run!
Reviewed in the United States on February 16, 2017
Verified Purchase
Love Waid's Wally. Book One a,little bumpy, but he really hits his stride in what will be,covered in subsequent volumes. I really hope DC completes the run.
Read more
4 people found this helpful
Helpful
Report abuse

Spaceage Polymer
4.0 out of 5 stars Almost the collection I was hoping for ...
Reviewed in the United States on March 31, 2017
I have been hoping for years that DC would collect Mark Waid's epic run on the Flash. Now that day is finally here, and I'm somewhat disappointed. What I wanted was a book that starts with Waid's first Flash story line, the fantastic Wally West Year One story called "Born to Run". I pictured giving such a book to people and saying "THIS is why Wally is the best Flash, and Mark Waid is his best writer."

Instead, we start with The Flash Special #1, on which Waid only writes the framing device. Fair enough; it's an enjoyable set of stories that serves as an introduction to then-status quo of the Flash universe. Then we launch into Flash Annual #4, a mediocre entry into 1991's crossover event, Armageddon 2001. This story's appearance as the second chapter in this volume is guaranteed to alienate and confuse new readers. I appreciate that DC includes the story for completion, but couldn't we relegate it to the back of the book?

Finally, we get to Flash 62-68. The first four of those issues collect Born to Run, and serves as the logical jump-on point for Waid's Flash run. Flash 66 is fun one-shot, guest-starring Aquaman. Flash 67-68 is a two-parter that introduces us to the modern Wally/Abracadabra rivalry that is still important to readers in 2017. We end on Flash Annual #5, another crossover tie-in (1992's theme was "Eclipso: the Darkness within), a fun Rogues Gallery story with some rough art by the now legendary Travis Charest. Unfortunately, due to a printing error, this story does not start with its cover, thus probably further confusing new readers.

Mark Waid's Flash run still stands as the best run in the character's history (yes, I know Geoff Johns wrote him, too). It's a pity that the first volume collecting that run is marred by watered-down content and a printing error.
Read more
12 people found this helpful
Helpful
Report abuse

Adam Graham
5.0 out of 5 stars Mark Waid's Legendary Run Begins
Reviewed in the United States on November 20, 2017
This book is the first in a series examining Mark Waid legendary run on the Flash, collecting Flash Special #1, Flash Annuals #4 and 5 and Issues 62-68 of the Flash.

The book kicks off with Flash Special #1 which is a fiftieth anniversary story for the Flash and features all three Flashes (in separate adventures) as well as a future flash that's written by Waid. In fact, the future Flash (John Fox) is the only part of this actually written by Waid. That doesn't stop this from being an amazing linked graphic novel. The different creative teams for each section evoke the Flash of the Golden, Silver, and Post-crisis era with Waid doing a good job on John Fox.

Flash Annual #4 takes a look at Wally in the future, having gone into witness protection but being found by the people he's hiding from and having to fight to save his family after spending years in retirement. He has to fight a series of villains. It's an epic story that has a bit of the flavor of Amazing Spider-man Annual #1 with Spidey fighting the Sinister Six. Waid tells a good story with a twist that manages to avoid forcing Wally towards a pre-determined outcome.

Issues 62-65 is a Year One storyline for Wally West. Considering that Waid was a new comic book writer in the 1990s, giving him a Year One story to write was a gutsy editorial move, considering that Frank Miller was the man who wrote Batman's "Year One," this just isn't something typically given to a rookie writer. However, Waid deliver brilliantly with a story that updates but still respects Wally's silver age origin but also gives Wally's character some depth.

Issue 66 has Wally going on a cruise ship in a trip in which he faces a sea based villain and meets Aquaman. This story is okay. There's some nice action and art, but it's probably the least remarkable part of the book.

Issues 67 and 68 has the Flash meeting Abra Kadabra. It's a good story that gets really interesting in the second part as the Flash travels to Abra Kadabra's world and makes a startling discovery.

Annual #5 is all about the Rogues as the Flash battles them, while the Rogues are beset by a challenge from within as Golden Glider believes someone in the group has sold her out and has planned some tests to find out who it is. It's a tale with a lot of twists, none greater than the ending which was part of some event...which it would have nice if DC had explained.

Still despite the issues with the presentation, the comic book issues are great and a sign of what was to come for Mark Waid who would prove to be far more than...a flash in the pan.
Read more
4 people found this helpful
Helpful
Report abuse

Sterling Orlowski
5.0 out of 5 stars It's About Time. Period.
Reviewed in the United States on December 22, 2016
It's about time. I have been wanting Mark Waid's "run" on the Flash collected for many years and this collection delivers. I'm glad there is recognition of past stories and history of a great series. Mark Waid made a lot of the Flash we know and love today. Set the foundation. My only gripe is that this collection is not in Hardcover and it has simple coloring. But ultimately I am so grateful. Thank you so much DC Comics for this collection. It's about time.
Read more
2 people found this helpful
Helpful
Report abuse
See all reviews

Harley
5.0 out of 5 stars Great read
Reviewed in the United Kingdom on August 3, 2018
Verified Purchase
Another great flash story. Good to see Wally moving on in places. Most enjoyable. Not so keen on some of the rogues
Read more
Report abuse

Craig MacDonald
5.0 out of 5 stars One of the best Flash writers of all time!
Reviewed in Canada on January 14, 2017
Verified Purchase
Mark Waid wrote some of the best Flash stories of all time and his run begins here. While the annuals don't have any real impact on the series, the issues from the monthly book presented are not only a great read but also have significance further into Waid's run. Year One: Born to Run is essentially the origin story of Wally West, but with some added detail and fun. The two-part story with Abra Kadabra comes back to haunt Wally later on in the series, most notably during the "Race Against Time" arc. Also included here is the first appearance of John Fox, the Flash of the 27th century. The next volume should include the greatest Flash story of them all: The Return of Barry Allen (Flash #73-79). Both of these volumes are must reads.
Read more
2 people found this helpful
Report abuse

mrchange
5.0 out of 5 stars Mark never disappoints!
Reviewed in Singapore on February 15, 2021
Verified Purchase
One of the better collections of the run!
Read more
Report abuse
See all reviews