Skip to main content
Flat Stanley's Worldwide Adventures Collection: Books 1-12 and millions of other books are available for Amazon Kindle. Learn more
Share <Embed>
Have one to sell?
Sell on Amazon 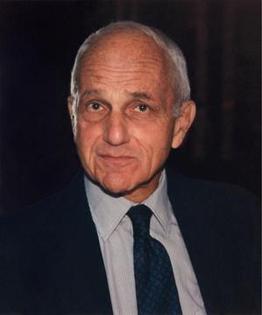 4.2 out of 5 stars 8 ratings
Part of: Flat Stanley's Worldwide Adventures (1 books)
See all formats and editions
Sorry, there was a problem loading this page. Try again.
Previous page
Next page

Page 1 of 1 Start overPage 1 of 1
Previous page
Next page
Start reading Flat Stanley's Worldwide Adventures Collection: Books 1-12 on your Kindle in under a minute.

Born in New York City, Jeff Brown has been a story editor and assistant film producer in Hollywood. He has worked on the editorial staffs of The New Yorker and the Saturday Evening Post, and his stories have appeared in these magazines and many others. Mr. Brown is the author of several other books about the Lambchop family, including Flat Stanley, Stanley and the Magic Lamp, and Invisible Stanley, all published by HarperCollins.

Marlese W.
3.0 out of 5 stars I like them. The kids did not.
Reviewed in the United States on September 3, 2019
Verified Purchase
I thought the stories a lot of educational facts about destinations in the U.S. The kids must have sensed that the stories were not strictly entertaining and “flat” rejected them.
Read more
Helpful
Report abuse

Toni from Chicago
5.0 out of 5 stars Great stories!
Reviewed in the United States on March 22, 2019
Verified Purchase
I bought these for my 9-year old who had a hard time falling asleep at night. I’m happy to say he loves listening to the stories and they have helped him tremendously! We have them on repeat for a few months now and he still enjoys them.
Read more
Helpful
Report abuse

Andrea Landon
5.0 out of 5 stars Five Stars
Reviewed in the United States on January 9, 2015
Verified Purchase
It is perfect! A must for my library.
Read more
3 people found this helpful
Helpful
Report abuse

Jay
3.0 out of 5 stars Three Stars
Reviewed in the United States on September 17, 2015
Verified Purchase
legal to use it.
Read more
One person found this helpful
Helpful
Report abuse
See all reviews