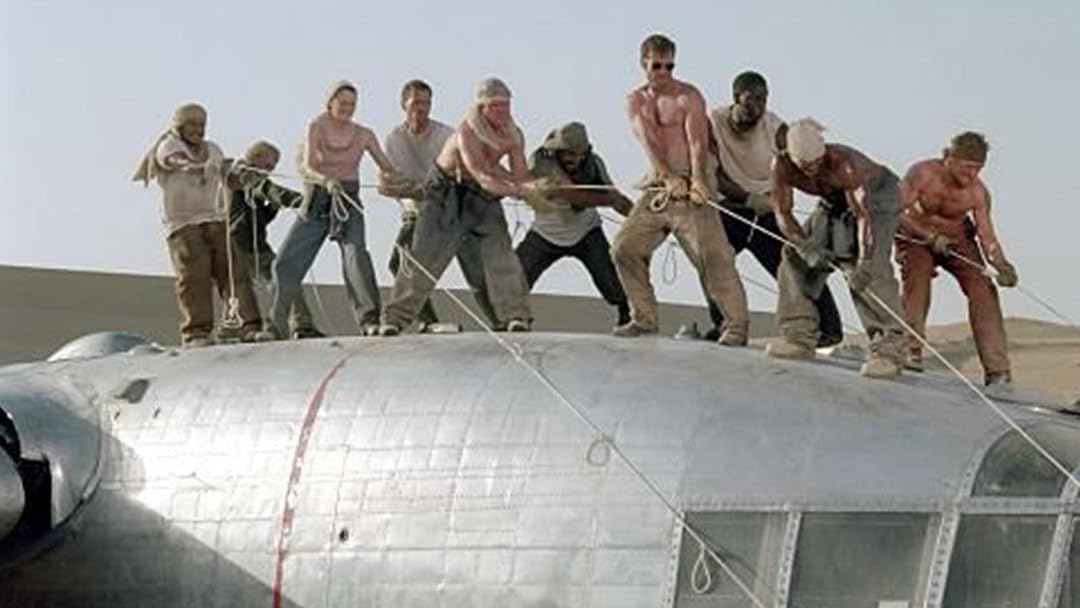 Flight Of The Phoenix

(1,670)
6.11 h 52 min2004X-RayPG-13
A group of plane crash survivors stranded in the desert with no hope of rescue build a new plane out of parts from their old one in hopes of flying back to civilization.

joel wingReviewed in the United States on August 20, 2020
3.0 out of 5 stars
Will being stuck in the desert bring people together or tear them apart?
Verified purchase
Flight Of The Phoenix was a remake of a 1965 film. A group of oil workers get in an airplane crash in the middle of the Gobi Desert in Mongolia. The film is about whether being trapped in the middle of nowhere will tear them apart or bring them together so they can try to escape.

The story is all about the dynamics between the main characters. First there’s Dennis Quaid as Captain Frank and his co-pilot Tyrese Gibson as A.J. who act like they’re in charge. There’s Giovanni Ribisi as Elliot who is an eccentric that doesn’t want to follow anyone’s rules but thinks he can get them out of the desert. Miranda Otto as Kelly has a love-hate relationship with Captain Frank sometimes yelling at him because he’s not taking charge and other times supporting him. Sticky Fingaz as Jeremy thinks he can walk out of the desert by himself, etc.

The movie throws in some curveballs like bandits in the Gobi and storms to keep things interesting.

In the end, it’s a pretty good drama that brings you in with the characters.
C

University DocReviewed in the United States on December 21, 2016
4.0 out of 5 stars
Great action survival film on its own! Highly recommend!
Verified purchase
On it's own this is a great action film about survival in the desert. If you're not familiar with the original one don't fret. This one is almost as good. A team of oil workers are flying across the desert when they encounter a violent sandstorm that sends them hurtling down into the desert. Next is the fight for survival. How they do it is one for the books. The female actress in not a romantic interest and instead is just one of the guys, which I appreciated. Great story and cast.
Highly recommend this one. If you enjoyed the first one, don't compare this one. If you enjoyed this one, don't compare the original. Watch each on its own merit and you'll find them both enjoyable. Audio and video quality are consisstent throughout.
13 people found this helpful

Amazon CustomerReviewed in the United States on November 16, 2021
2.0 out of 5 stars
It would have been better had they grounded this movie indefinitely.
Verified purchase
There are so many things wrong with this movie that it's hard to know where to start and when to end. They've taken a masterpiece and turned it into a "coming of age" movie for adolescent acting adults. The only people who will give this mediocrity more than two stars are those who haven't seen the original with Jimmy Steward as the pilot. Where is it written that black actors are to be portrayed as badasses who look like they spend seven days a week at the gym, even when they've been in the desert for weeks? And we can do without all the profanity and the self-congratulatory fist-pumping and bumping. Even Harrison Ford couldn't have saved this movie.
One person found this helpful

Anita DunniganReviewed in the United States on October 9, 2021
5.0 out of 5 stars
Great Film
Verified purchase
Luckily I did not see the original. So I had nothing to compare it to. I thoroughly enjoyed this movie. At the beginning two groups of people didn't really like each other. By the end of the movie, after struggling to survive together, they had camaraderie and genuinely cared for each other. It's a movie about hardship and individuals working together for the good of the group.
One person found this helpful

Looking for the RainbowReviewed in the United States on October 19, 2021
3.0 out of 5 stars
Hardy Kruger Where Are You When We Need You?
Verified purchase
The script ignored the characters' motivations. None of the characters were particularly likeable, so who cares whether they got out of the desert? One star off. Also there wasn't enough of the characters working together showing what they were actually doing as in the original film. Another star off.
One person found this helpful

Bruce WinningReviewed in the United States on November 19, 2021
5.0 out of 5 stars
a real adventure
Verified purchase
I like the unusual story. I'm inspired by the perseverance. I like the shooting even though there was not much. I like the explosions. I wouldn't watch many movies that are just adventurous. The 5.1 surroundsound added very much to the intensity.
One person found this helpful

ragingfieldmouseReviewed in the United States on August 16, 2018
3.0 out of 5 stars
was O.K.
Verified purchase
Pretty much agree w/what infinite loop said below. No where was it as good as the original . Kept waiting to see the effects of dehydration , exposure & sleep depredation . But the stars seemed like they had a day at the beach . Can't fathom why they spent all the time & money to remake a classic , then fail to come close to the intensity . Next they'll remake The Red Tent w/hot chocolate , quilts & a teddy bear instead of a polar man eater.
5 people found this helpful

Peter MarsReviewed in the United States on March 6, 2012
5.0 out of 5 stars
lots of sand
Verified purchase
After seeing the first and buying it years ago with Jimmy Stewart, I still liked the idea of the new Flight of the Phoenix. Renting it in the old Blockbuster days I enjoyed it. When the price dropped to a reasonable price I snapped it up. The show, reminiscent of the original was updated. The companies rep was there played by Hugh Laurie from House MD as well as a crusty captain played by Dennis Quade. The cast like in the original was made up of people from all around the world, some couldn't get along even with their friends. What brought them together was their desire not to die without trying something to get them out. Deserts are not fun, especially with nomadic tribesmen's wanting them dead and stealing their belongings. If you want drama with action this movie is it. I recommend it very much.
2 people found this helpful
See all reviews
Back to top
Get to Know Us
Make Money with Us
Amazon Payment Products
Let Us Help You
EnglishChoose a language for shopping. United StatesChoose a country/region for shopping.
© 1996-2022, Amazon.com, Inc. or its affiliates