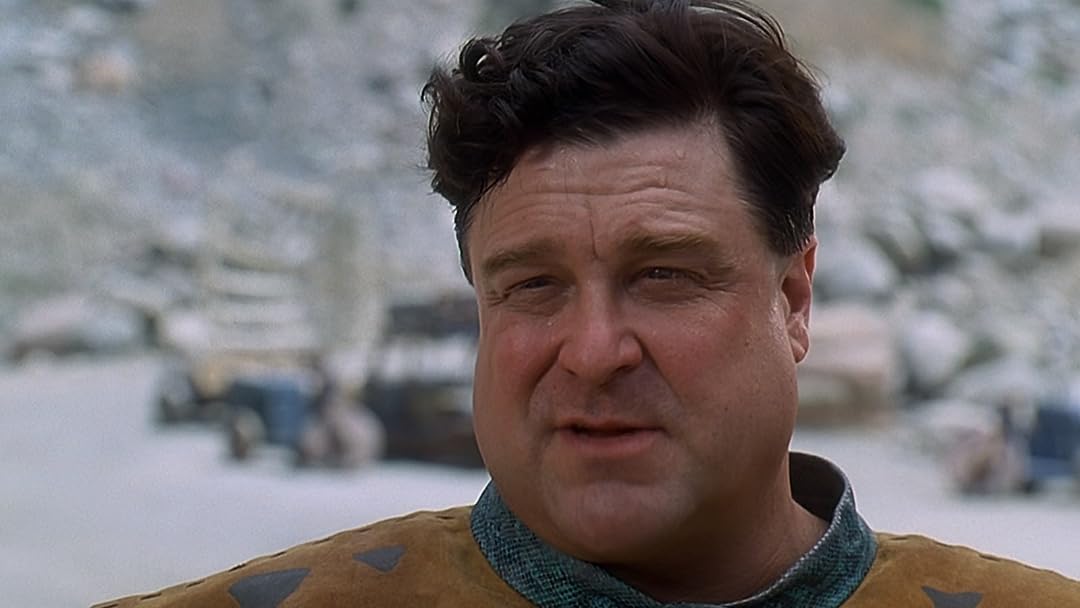 (3,307)
4.91 h 31 min1994PG
When Fred Flintstone and Barney Rubble get wrapped up in a shady corporate scheme, the two best friends and their families must unite to take down the evil white-collar criminals.

MutsPubReviewed in the United States on August 5, 2020
5.0 out of 5 stars
Betty's giggle was perfect!
Verified purchase
You have to have been a kid, that grew up with the Flintstones, to get this movie!
The details are a crack up. You must pay attention and sometimes pause the video so you can read the "humor".
It is not a great movie, it's a good or OK movie.
It is a GREAT FLINTSTONE movie!!!
Watch the credits to see who was in it, kinda cool.
How can you not laugh at the B-52's doing The Flintstones? - Twist, Twist
Fred twinkle-toes bowler - classic!
Mel Brooks - Dino!
All the cast selection was perfect! - John is Fred!
You will recognize the classic scenes, characters and their traits as the appear. If you don't, you are to young or to old!!
One person found this helpful

MaryGrace GoldsmithReviewed in the United States on August 16, 2018
5.0 out of 5 stars
The Flinstones on Blu-ray...
Verified purchase
I have always enjoyed the flinstones movie and I was quick to replace the movie since someone stole their movie. It has Elizabeth Taylor as Wilma's Mother. It's such a time less movie and the whole family enjoys it. We're very excited to have replaced it. We we're really looking forward to adding it to our collection. We we're bummed without the movie and relieved to have purchased this product from Amazon and gotten exactly what was described in the description of the product and mailed with care in a bubble mailer to our PO Box. Thanks again for having so many title's to choose from. We are planning to do a lot of shopping very soon. Thanks Amazon. I can't wait to be a prime member. Still convincing my husband. I've enclosed a picture of the movie we purchased. It's not the combo, it's just the Blu Ray movie. Great for the price.
6 people found this helpful

Lantern PhotographyReviewed in the United States on November 20, 2020
5.0 out of 5 stars
Great!!
Verified purchase
This movie is so much like the original TV show I can't believe it! It is so much fun to watch. The only thing that is unlike the TV show is the complexity of the plot. the plot is good, and perfect for a movie of this likes. the original cartoon on TV did not have time for plots this complex. for that reason there are two or three extra people in the movie that are main characters that are new. However, none of this is bad, and it is fun and hilarious to watch. And having the B-52s do The Flintstones song was the greatest!
2 people found this helpful

David J.Reviewed in the United States on November 12, 2020
5.0 out of 5 stars
Cute interpretation of the 60's kids cartoon show
Verified purchase
I love this movie, its funny and well written. The practical effects and CGI hold up very well after 26 years and the blu ray is full of great special features. I loved this movie as a child and I like it as an adult.
One person found this helpful

CelinaReviewed in the United States on August 19, 2021
5.0 out of 5 stars
Movie night
Verified purchase
Great movie for family movie night - was a classic when my kids were little and now my grandkids also enjoy this movie
See all reviews
Back to top
Get to Know Us
Make Money with Us
Amazon Payment Products
Let Us Help You
EnglishChoose a language for shopping. United StatesChoose a country/region for shopping.
© 1996-2022, Amazon.com, Inc. or its affiliates