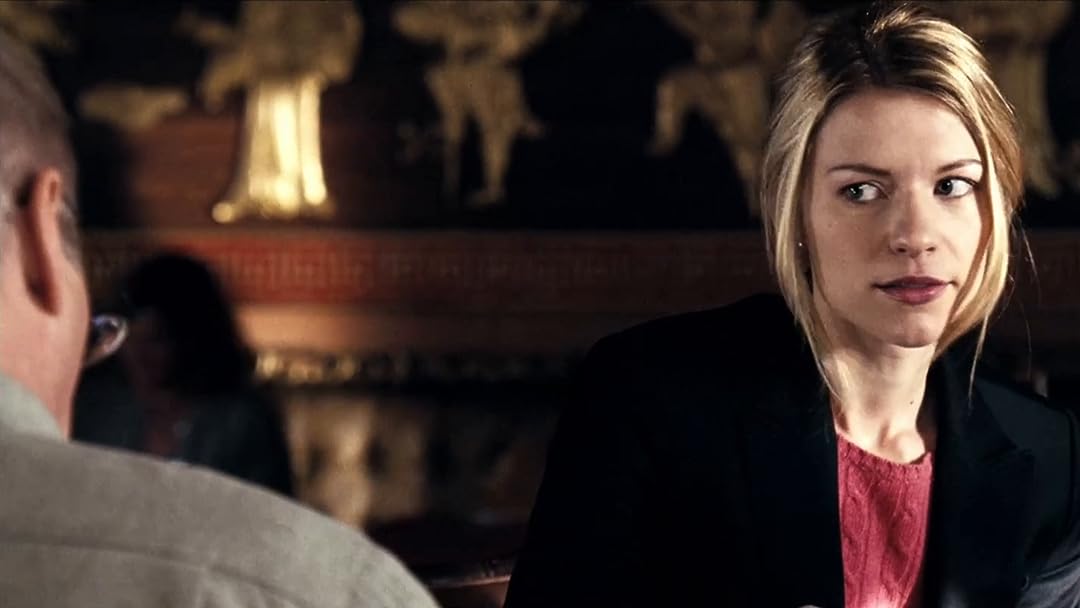 (164)
5.71 h 45 min2008X-RayR
This film is about a hyper-vigilant employee of the department of public safety who, while training his young female replacement, has to track down a missing girl who he is convinced is connected to a paroled sex offender he is investigating.

Anne L.Reviewed in the United States on September 18, 2021
2.0 out of 5 stars
Strange, disjointed unnecessary movie
Verified purchase
I read good reviews on here about this movie but it was far from good. Strange, disjointed movie with unnecessary sequences and flashback type editing. It was hard to even care about these people or what was happening to them. Richard Gere over acts non stop and portrays more like a detective than a simple public safety guy checking in on sex offenders. He's basically obsessed and possessed to the point of unbelievable. Half the time I skipped forward just to get through it. Pretty stupid movie honestly.
9 people found this helpful

Leslie HReviewed in the United States on October 2, 2021
1.0 out of 5 stars
Monstrous Graphic Torture!
Verified purchase
Well if this is rated R then i don't know what X should be rated. I watched about 1/3 of the movie and was sickened by what I saw. In the beginning I thought this might be a story about the struggle of those who work in this field and finding a sexual serial killer, how they might track them down. In stead it was graphic portrayal of how they kill. An enactment of torture, sexual assault, bondage, dismemberment pictures finishing in murder. Totally disgusting. I think i might need counseling for PTSD now. So many other ways to bring this information to public attention. If even a teenager were to see this they would be traumatized. This should be trashed!
8 people found this helpful

michael vetteseReviewed in the United States on September 21, 2021
4.0 out of 5 stars
Better than a lot of today's trash movies
Verified purchase
Some may think my 4 rating is generous. Maybe it is. This is better than most of today's movies.

The Flock could have been better directed and produced but you can tell it was not high budget.

The Flock is about a sex offender registrar administrator. That is someone who keeps track of sex offenders in the local or state region.
Richard Gere's character is a burnt out worker mainly because he had been awkwardly obsessed with finding a particular missing girl for years for some parents so they get closure. And he hopes she is still alive. A new hire comes in because he has been essentially let go because of said behavior. He trains her. During this training period a girl goes missing and you can imagine the rest of the story.
The movie was not great but it was a decent watch.
2007 was still a time when all movies and TV shows were not all about men bad and white people being bad, America bad and everything gay/trans. The Flock movie is not perfect but better than most B movies by well known actors.
I won't say anything more as to not spoil it.
This movie has sensitive sexual and deviant taboos and people who engage in the behavior so some people may be triggered or have ptsd moments. Watch with caution. There are some moments with s&m, blood and gore.

Ramsey CampbellReviewed in the United States on September 21, 2021
1.0 out of 5 stars
Ugh!
Verified purchase
Off-hand, this is the worst movie I've ever seen. Great cast, great director, absolutely horrid everything else. Total waste of talent and time. I am amazed this dismal and confused movie could every have been released.
8 people found this helpful

gy williamsReviewed in the United States on February 10, 2022
1.0 out of 5 stars
Monstrous Graphic Torture! (another reviewer's title)
Verified purchase
"Monstrous Graphic Torture!" another reviewer's title, and at about 47 minutes into this film, I began to question why I was watching it--so I stopped. I think, in terms of the way the plot was heading, that Richard Gere's character has become a "sex offender" the kind of people he has been watching/monitoring, in his public servant role, for almost two decades.

The scenes in this film are horrifying depictions, descriptions of disembodiments and abuse of women. And the direction, the editing is shot to force the viewer into "viewing" this madness, including the character that Gere portrays.

I would not recommend this film to anyone. In fact, I have seen crime dramas, fictional and true story accounts, with much less violence--or a warning about the violence (unless I missed a warning).

As for rating it, I didn't want to rate it, but the system will not let me review the film otherwise.

Make better use of your time, or money. Don't watch it!

Marlo Reviewed in the United States on September 24, 2021
5.0 out of 5 stars
Excellent Richard Gere film I missed!
Verified purchase
I hadn't heard of this movie somehow and am always happy to find a new Richard Gere flick.This one did NOT disappoint. I enjoyed Clare Danes as his costar as well, they compliment each other. Very disturbing themes but a very compelling story. I definitely recommend it for those who enjoy crime themes.
2 people found this helpful

Glama PussReviewed in the United States on August 23, 2021
3.0 out of 5 stars
What the heck it the...
Verified purchase
Dept of Public Safety? They follow around registered sex offenders but cannot arrest them even when they find them re-offending? Danes is a perfect balance to a burnt-out Gere who wants to kill all of the his 'flock' of perverts and boy do they deserve it. Very difficult to watch with a few upsides, one victory. Recommend but not for the squeamish.
2 people found this helpful

StereoMicReviewed in the United States on August 23, 2021
2.0 out of 5 stars
Way too dark and heavy handed.
Verified purchase
This thing is just so somber. It's so drenched in negativity that it doesn't ring true. Gere does the best he can with the unrealistic script he's given. I gave up after 30 minutes. Overdone nonsense.
3 people found this helpful
See all reviews
Back to top
Get to Know Us
Make Money with Us
Amazon Payment Products
Let Us Help You
EnglishChoose a language for shopping. United StatesChoose a country/region for shopping.
© 1996-2022, Amazon.com, Inc. or its affiliates