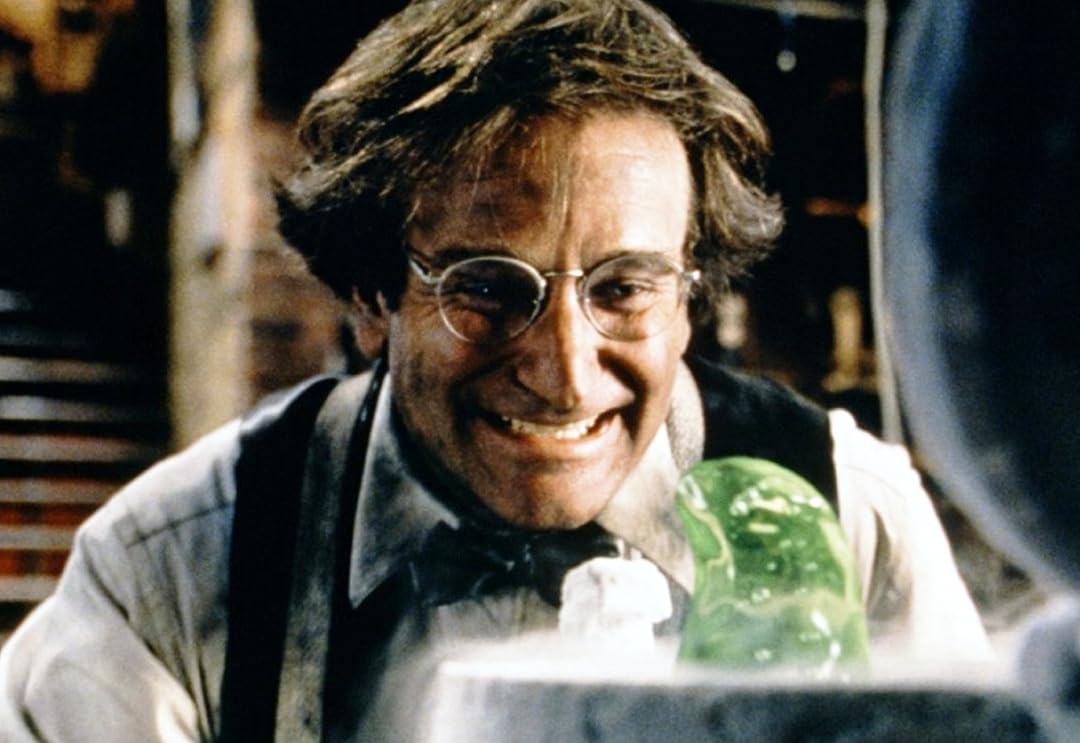 teols2016Reviewed in the United States on March 1, 2014
4.0 out of 5 stars
A Decent Film That Could Do Better
Verified purchase
I'll admit right off the back that "I like this film", though I think my enjoyment can be largely atributed to the fact that I like Robin Williams and Jodi Benson. I also do like Marcia Gay Harden, but my dog and cat have better chemistry then she did with Robin Williams. I mean, both are good actors and have shown it in other works and it was obvious that they were trying, but sometimes, it just doesn't work. I also wonder why Disney had what seemed to be a 1990s sports film (basketball) right in the middle of this film, complete with the cheesey inspirational music, the underdog team, and everything else. But despite these and other faults, this is a sweet film. If I had to change just one thing about it, I'd want to give Ted Levine and Clancy Brown a lot more screen time. I really like both men and I believe their talents were massively underused here. But again, for all its problems and exagerated highjinks, I reccomend this film for children and any adult who wants to ease themselves back into the Disney viewing experience. Enjoy.
3 people found this helpful

A. HoltReviewed in the United States on June 4, 2020
4.0 out of 5 stars
Non-Anamorphic Widescreen
Verified purchase
Beware before purchasing the Flubber DVD: the film is presented in a 1.85:1 Widescreen aspect ratio -BUT- it is a non-anamorphic widescreen presentation. So there will be black bars on the side of the screen along with the top and bottom of the screen.
So, not the best picture and not a single special feature, but if you can get it for under $5 it’s not a bad deal.
2 people found this helpful

cbcrawReviewed in the United States on September 27, 2014
3.0 out of 5 stars
I like Robin Williams and is fun style
Verified purchase
Cute story. We picked it mostly for the kids on family movie night. I like Robin Williams and is fun style. I had forgotten about the robot creating the ghostly projection of a real body so she could express her love for Robin's charter. That was a bit uncomfortable to watch with out 6&8 year olds. There were a few more parts that seemed a little bit mature for them like when the robot is killed. Over all it was cute and mostly family friendly. It is hard to find movies for this age that don't have some little something that I wish we could cut out.
7 people found this helpful

Jennifer A.Reviewed in the United States on January 13, 2020
2.0 out of 5 stars
Dumb with a bit of touching
Verified purchase
Robin Williams is one of my all time favorite comedians. I've watched a half dozen of the films staring him, repeatedly. Guaranteed to laugh out loud just as much if not more each viewing. This one was entertaining for a few minutes. I kept looking to see how much left to endure. Never thought I'd say it of a Robin Williams film, but it was poor. Recommend you give it a pass.
One person found this helpful

ElizabethReviewed in the United States on November 24, 2019
5.0 out of 5 stars
Ten year old thought it was hilarious and no objectionable material
Verified purchase
I think it is so hard to find movies that don't have objectionable material in them that are still exciting enough for pre-teens. My ten year old thought this was very funny and engaging. He showed it to his eight year old sister and they watched it again so we are glad we got it. Overall pleased.
One person found this helpful

kris hollinsReviewed in the United States on December 15, 2018
5.0 out of 5 stars
Great family movie and good for slime loving kids
Verified purchase
I had movie when I was young and loved it. My 6 yr old is BIG into slime so I told her I could show her a movie with slime that's alive. Lol I know it's not slime but she was convinced and watched 5 times in 2 days. It's good for kids especially the slime lovers
2 people found this helpful

Scott WelbornReviewed in the United States on October 17, 2019
5.0 out of 5 stars
Robin Williams classic, must watch
Verified purchase
Got it to show our girls and they loved it. This is a Robin Williams classic that I personally think everyone should see at some point in their life. Lots of fun to watch.

Thorough Edits/ Dayna BarretReviewed in the United States on January 22, 2016
5.0 out of 5 stars
Great flick
Verified purchase
This movie/series is an upgrade to our regular dvds making the switch to Blu-ray. For a while I was only getting the action movies on Blu-ray, but prices between the two have become more competitive if you are patient enough to wait for the deal. Many times the only thing missing are the extras on the blu-rays. It makes it that I still have to keep the dvd copies because of their extra content. Someday.
This is such a great re-visit of a younger Robin Williams being Morkesque
One person found this helpful
See all reviews
Back to top
Get to Know Us
Make Money with Us
Amazon Payment Products
Let Us Help You
EnglishChoose a language for shopping. United StatesChoose a country/region for shopping.
© 1996-2021, Amazon.com, Inc. or its affiliates