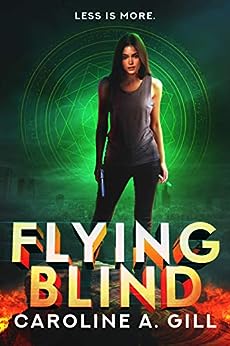 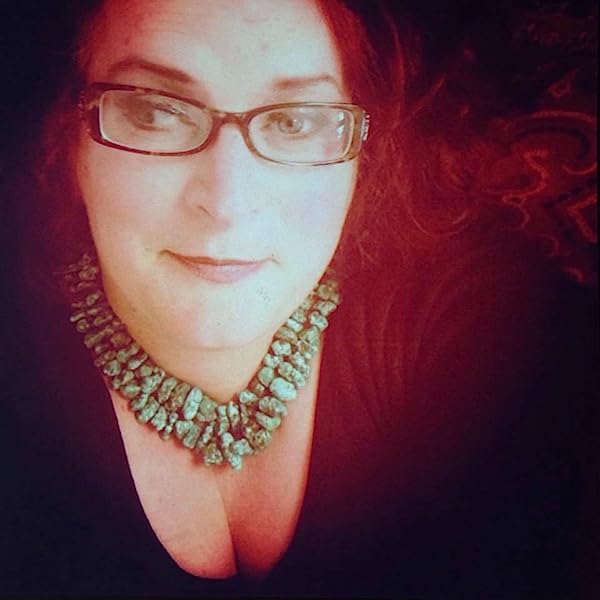 by Caroline Gill (Author), Maria Pease (Editor) Format: Kindle Edition
Book 2 of 3: The Flykeeper Chronicles
See all formats and editions
Sorry, there was a problem loading this page. Try again.
In a broken America, seventeen-year-old Iolani Bearse encounters a world full of wonder and danger. Lani discovers a secret: houseflies have magic. Stealers have no mercy. Armed with memory-draining lanterns, the stone-cold hunters relentlessly follow catastrophes, laying traps, preying on the weak. Together with her father, Eleanor, Sam, and Mango, her beloved pinto mare, Lani rescues victims from the grasp of Memory Stealers. One by one, she saves whomever she can, looking for any path that leads to safety. When her family's farmhouse is attacked, Lani must act quickly to save those she loves. Will Lani unmask their powerful, hidden enemies before the flies' magic fails and everything burns to ashes? When the loss of one of her greatest friends becomes her downfall, can Lani overcome the evil tearing her world apart, Flying Blind?
Read more
Previous page
Next page

Books In This Series (3 Books)
Complete Series
The Flykeeper Chronicles
Kindle Edition
Page 1 of 1Start OverPage 1 of 1
Previous page
Next page
Create your FREE Amazon Business account to save up to 10% with Business-only prices and free shipping.

4.6 out of 5 stars
4.6 out of 5
19 global ratings
How are ratings calculated?
To calculate the overall star rating and percentage breakdown by star, we don’t use a simple average. Instead, our system considers things like how recent a review is and if the reviewer bought the item on Amazon. It also analyzes reviews to verify trustworthiness.
Top reviews

Kimberly Vanderbloom
4.0 out of 5 stars Smashing sequel!!
Reviewed in the United States on March 22, 2017
Verified Purchase
Reading the first book you quickly get wrapped up in to the story and you just need more. The author definitely delivered and continued where the first book ended. The battle was won but the war is on going and with a new rag tag sort of team you get it is time to go along a new adventure fighting the same beast. I was blown away by the writing and thought the story flowed naturally. The new characters were a great addition and the old characters were welcomed back with open arms from me. The special elements of the fly magic makes this series unique and a refreshing read.

My favorite character was Cheesie. He made me giggle and make a prominent character instead of being on the sideline. I felt for him deeply and wanted him to succeed each step of the way. He was perfectly complimented by Al especially in the early scenes.

My favorite scene came near the beginning which featured Al and Cheesie at the strawberry stand. It was different and you got a good look at how each of those characters were going to evolve. It wasn't a huge moment but it meant something to me.

I would recommend this series to all of my dystopian loving friends who are looking for something so different and unusual.

MomofBoys
5.0 out of 5 stars Wow!! Hold On!!
Reviewed in the United States on August 4, 2016
Verified Purchase
Wow!!! Book 2 takes off and never slows down!. I love Caroline Gill's writing style; even through the darkness of the story it is beautiful and almost has a lyrical quality to it. Iolani is one of my favorite heroines; so fierce but also has a big heart. There were new characters that I fell in love with and a few I was heartbroken to see go. Caroline Gill pulls out so many emotions from me when I read her books; wonder, humor, terror, protectiveness, love, fear, sweetness, sorrow. The Flykeeper Chronicles are unique and not limited to one genre; I love that about this series!!
Read more
Helpful
Report abuse

Jen Sut
4.0 out of 5 stars Great second book in this magical fantasy series
Reviewed in the United States on March 22, 2017
Verified Purchase
The second book in a fascinating dystopian fantasy series. The first book is always my favorite as it introduces the new world and characters. This second book continues the magical journey. It also introduces some new characters. It is paced well and picks up where the first book leaves off. It does the characters justice and doesn't disappoint. If you read the first one, and I'm assuming you did, read this book to continue the adventure.
Read more
Helpful
Report abuse

Buk crzy
5.0 out of 5 stars Lani's back and has more enemies but still has her flies!
Reviewed in the United States on March 25, 2017
Verified Purchase
Iolani Bearse has already taken Chong and the memory Stealers and won. But that doesn't mean the war is over! This is an action packed sequel to The The Flykeeper and in my opinion, a must read. Follow Lani on her flysight travels into trouble, and out. Read about loss, love, and true friendship.
Read more
Helpful
Report abuse

Jennifer L.
5.0 out of 5 stars Reading blind because of all the tears of joy amd sorrow!
Reviewed in the United States on May 20, 2016
Verified Purchase
Caroline Gill has managed to make the happy ending from book one quickly disappear into oblivion. Malcolm is nowhere to be found, has he been forgotten or is he being given a gift by Lani not bringing him into another catastrophe?! This book is just as much, or more, heartwrenching to read as the first one as Lani is broken mentally and physically over and over again until you're sure she's seen the end. Except she can't seem to ever find peace or death. Her flies are her only loyal and constant friends and comrades. They're the only ones never to give up on her and always do whatever it is she needs from them. We are introduced to two new characters who are endearing, eccentric, and thrust into a crazy world they're woefully unprepared for, but handle in stride. They add in what would be comic relief if this weren't such a dark tale.

The real magic is that this story is so bizarrely different, amazing, and fresh all wrapped up in simple creatures, simple dreams of freedom and happiness, and simple people who must step out of their comfort zones in order to have a chance at saving humanity.

This series is an absolute must read and will blow your mind, but keep a big box of tissues nearby.
Read more
Helpful
Report abuse

CranksterTop Contributor: Fantasy Books
4.0 out of 5 stars Unique, compelling, and otherwordly
Reviewed in the United States on May 22, 2016
3.5 to 4 Cranky Stars

I described “Flying Away” as wonderfully strange and meant it in the best possible way.

Flying Blind picks up where Flying Away left off where Gill uses her wonderful style of writing. Her trademark prose is reminiscent of Lewis Carroll’s Mad Hatter-style of high fantasy and the imagery it evokes is great.

This story is told in multiple points of view, but Iolani (Lani), our heroine from Flying Away is the anchor. Her powers have grown and so have her enemies. Some friends and allies may, in fact, not be as they appear.

The introduction of some of the secondary characters gave a chance for the author’s wit and humor to shine among the tension. They were both lovable and irritating, but provided some great comedic relief.

It was also a nice touch to see senior citizens portrayed as heroes and rich characters, rather than expendables to the youthful characters.

There’s some heartbreak, heartache, and some notable absences in Flying Blind. Some threads are left hanging from the first and second book, which will need resolution in the grand finale.

Caroline A. Gill has an enormous amount of talent. I love her writing style and vivid imagination. Where some attention needs to be devoted, however, is to the overarching plot.

There is a roving aspect to the writing, which I don’t mind, but the plot seems almost ad hoc in some places. This book would have benefitted from sticking to its core premise and driving it home.

All in all, I recommend Ms. Gill’s work and hope people pick it up. It is strange and unique, compelling and otherworldly.
Read more
Helpful
Report abuse
See all reviews
Back to top
Get to Know Us
Make Money with Us
Amazon Payment Products
Let Us Help You
EnglishChoose a language for shopping. United StatesChoose a country/region for shopping.
© 1996-2021, Amazon.com, Inc. or its affiliates