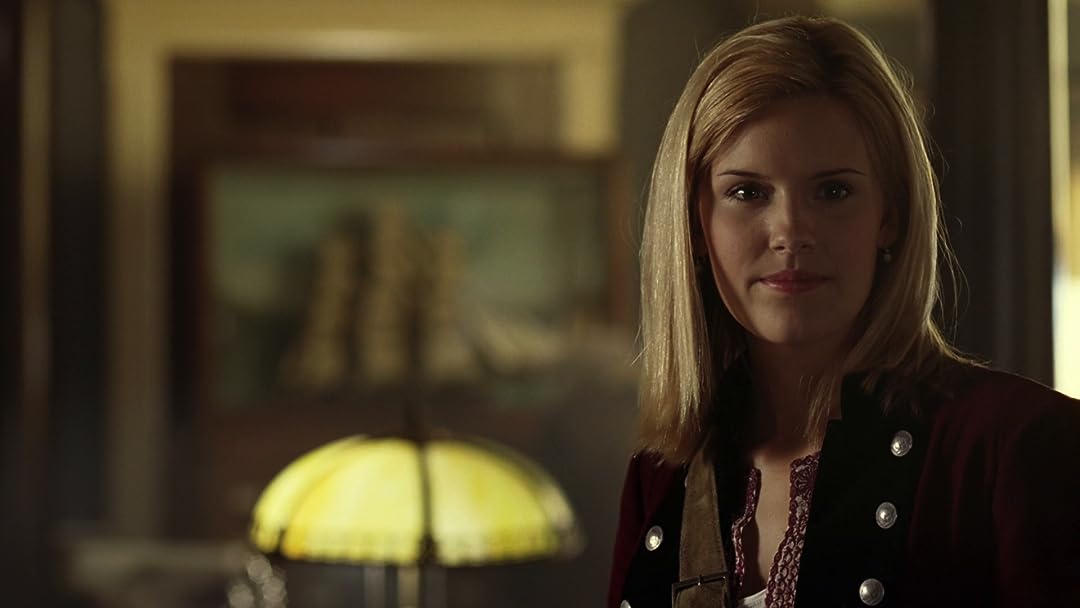 (1,354)
3.71 h 39 min2005X-RayPG-13
One hundred years after their ship was deliberately wrecked, the ghosts of the murdered seaman have returned to Antonio Bay to exact a ghastly vengeance.

J. BiceReviewed in the United States on October 17, 2018
1.0 out of 5 stars
Indeed, Mr Carpenter... the sin of the father
Verified purchase
This is what you get when you take a truely terrifying R rated classic and gentrify it for an infantalized audience.
The creepiest thing about this movie is that it features a town that is primarily comprised of millenials who were plucked from "The WB" network with many cast in roles that would be better fitting actors who had a good ten years their better. And oh, The Terror factor... throughout it"s 139 minute runtime the movie shocked you out of its nap inducing spell every 15 minutes with the dread, ear popping shattering glass "jump scares!" My god, if just one of those pretty faces had gotten cut ...
Saddest of all is watching John Carpenter lose his dignity by defending his role as a producer of this cynical milquetoast. I suppose if he was going to pay the rapists he should be made to oversee how badly his baby was being mauled.
Sometimes you just have to accept that certain stories are inapproptiate for immature movie goers at any price. Unlike the original this remake will quickly be forgotten although it will haunt alot of IMDB resumes. The most regretful after effect is that when a certain demographic reflects on having see "The Fog," they will be thinking of This version.

Human ShieldReviewed in the United States on November 7, 2021
1.0 out of 5 stars
Bad, and not in a fun way
Verified purchase
This movie doesn't need to exist. The fog looks nicer and more convincing, and the new Jamie Lee Curtis equivalent has more reason to exist, but that's about the only improvement. The pacing is sluggish compared to the first one and the movie has a lot of unnecessary scenes that make it feel bloated and unfocused.

While the original ghosts were a mixture of menacing and campy, the new ones are a mix of CG and I; they have neither fun nor gravitas. They're also a good deal less mysterious and a good deal more random. Why can they come up through drains now? Why do they knock if they can just open doors?
The movie takes away everything good from the first one and adds nothing of its own; wherever it imitates the first one, it falls flat.
This is all a long way of repeating what I said initially - this movie doesn't need to exist. I'm not sure how it keeps getting such good ratings

A. RoseReviewed in the United States on October 22, 2018
4.0 out of 5 stars
Remake of the John Carpenter classic
Verified purchase
This is a remake of the original John Carpenter classic. Just coming off his first large hit in the movie "Halloween" two years earlier, Carpenter wanted to make a ghost story. His attempt was the 1980 film, which ended up panned by the critics, but was still good enough to enjoy a rather large following among horror film fans. This movie takes the idea of that film and brings it up to date.
There have been some changes to the script. Where the ghosts were more interested in revenge and getting back what was stolen from them, this one has ghosts that want only vengeance and will cut down anyone in their way. It also goes more into the possibility of reincarnation while the first focused on the action. It moves the story from the coast of northern California to an island off the Oregon coast. And, reflecting technical changes in the intervening years, the ghosts are far less substantial than they were in the original.
There are other changes to the script too, but I won't give them away here. The watcher, if they have seen the original, will pick them out for themselves. While changes have been made to this story, the movie is still pretty good. The actors in it are mainly television stars that have found this way to break onto the big screen. There is violence and one erotic scene, so this is not recommended for young audiences. Also, there is one small point of interest in the casting. In the original, the parts of Elizabeth and Mrs. Williams were played by Jamie Lee Curtis and Janet Leigh, mother and daughter in real life. In this version, the actresses playing these two characters are not related, but they are mother and daughter in the script.
5 people found this helpful

Lauri T.Reviewed in the United States on December 3, 2020
1.0 out of 5 stars
What a shame ...and waste. Sometimes they need to leave the classics alone.
Verified purchase
What an absolute shame... And waste. The original is 1,000 times better then this mess. There was maybe 1 scene I liked, the one at the radio station when the brush lights on fire... Other then that, ouch. This movie just hurts, knowing the time money and effort these folks put into something that could have been SO much better or just not even tried to do in the first place. I think there are times you just need to leave the classics alone. Just the 1st movie was truly terrifying and well acted, well written and conceptually and directing all comes together in a true classic horror flick. This is .... just a sad attempt. And it's a flop.
3 people found this helpful

NickReviewed in the United States on December 3, 2018
1.0 out of 5 stars
So bad it's offensively bad
Verified purchase
There are no redeeming qualities in this movie. It's just bad. The characters are annoying and don't feel real. The action is just meh. The story is straightforward but convoluted. This script overall is a mess. Dialogue is expository and superficial. Just oh my god I wish I could get the 100 minutes of my life refunded.
10 people found this helpful

bowonwingReviewed in the United States on November 13, 2015
5.0 out of 5 stars
A great movie with a haunting, open ending, with questions not answered.
Verified purchase
Had to chime in here due to the negative reviews. The 2005 "The Fog" remake is a ghost story and it also becomes a love story with "Elizabeth," Maggie Grace, (not with "Nick Castle," Tom Welling, but with "Captain William Blake," Rade Sherbedgia), becoming a key part of the movie and it's haunting ending, which remains a open question. We really do not understand this love story and maybe this bothers some people. To me, Maggie Grace and Tom Welling did a great job in the female and male leads of the movie.

The original "The Fog" was just a ghost story, and a good one, and I guess some people react to the changes in the remake in a negative way. But to me, the changes in the story and the plot make this 2005 remake a strong, enjoyable movie, with an open ending.

The original "The Fog" and the remake are two different movies, related but very different. I guess part of the negativity by some reviewers is a response to these differences between the two films.

The soundtrack by Graeme Revell is one of the best I have ever heard, with many layered atmospheric electronic sounds. At under 40 minutes this movie soundtrack comes in a little short on time, but not in the quality of the music.
11 people found this helpful

NetskimmerReviewed in the United States on January 4, 2021
3.0 out of 5 stars
Meh...
Verified purchase
The original was nothing special and had a rather incoherent plot, but most people give it a pass because it was a horror movie made in the early 80's. This remake is also nothing special, but the plot is a little more coherent, but is still has many plot-holes. As with the original, the main characters or mostly just along for the ride to provide supposition so the audience knows what's going on.

As others have noted, the cast looks about 10 years too young to play their roles. They threw in a relatively unknown black actor to be the comedic relieve/sidekick, but he's barely in the movie and gives a lack-luster performance when he is on screen. Basically the token black guy that says funny "black guy" things, but his performance falls flat.

The movie isn't scary, at least the original built a certain level of suspense, this version doesn't pull that off either. All in all, I wouldn't pay extra to see it, but if it's free and you are looking for something to watch while you do housework or something that you really don't need to follow closely, it's worth a watch.
One person found this helpful
See all reviews
Back to top
Get to Know Us
Make Money with Us
Amazon Payment Products
Let Us Help You
EnglishChoose a language for shopping. United StatesChoose a country/region for shopping.
© 1996-2022, Amazon.com, Inc. or its affiliates