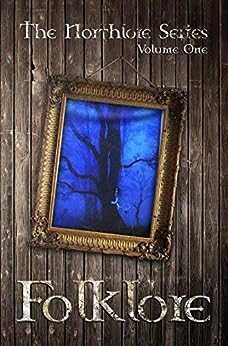 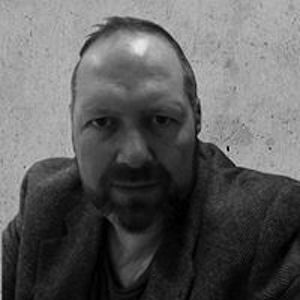 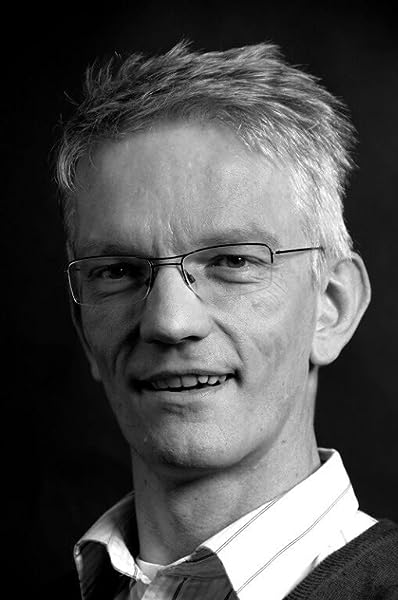 by MJ Kobernus (Author), Andrew James Murray (Author), Claire Casey (Author), Gregg Chamberlain (Author), Heather Norwood (Author), Kally Jo Surbeck (Author), Kelly Evans (Author), Hugh B. Long (Author), Patricia S. Bown (Author), Evelinn Enoksen (Illustrator) & 7 more Format: Kindle Edition
See all formats and editions
Sorry, there was a problem loading this page. Try again.
Volume One of the Northlore Series is a modern collection of Scandinavian Folktales, told in new and often surprising ways. With humour, drama and and more than a little tension, you will be drawn into a world of Trolls and Huldr, Elves and Mara. We live in a world full of hidden creatures, if you have the eye to see them. And if you dont, the wonderful illustrations contained in the book should help!

The book itself has mystical significance as 33 is a magic number. Is it a coincidence that there are 33 inspired contributions? Well, yes, actually, it probably is.

Welcome to the Northlore series. Poetry and prose inspired by Scandinavian Folklore. In turns funny, horrifying, sexy and sad, what you seek is within.

Warning! Do NOT feed the animals.
Read more
Previous page
Next page

The Northlore Trilogy is the product of the restless mind and imagination of MJ Kobernus. He got together with a whole bunch of people and made something to be proud of. So a big thanks to all the contributors, and a bigger thank you to the readers! MJ lives and works in Norway. He is a father of three beautiful girls, the husband of a beautiful woman and lead guitar for the world`s biggest rock band. Okay...so maybe not everything in the bio is true. But he is from Norway, and he really does play guitar. --This text refers to the paperback edition.

Christopher Hegan
5.0 out of 5 stars A Box of Dazzling Surprises.
Reviewed in the United States 🇺🇸 on November 20, 2015
Verified Purchase
I enjoyed this far more than I expected to. I bought it because a friend wrote one of the stories and I thought I'd do the decent thing; myth and folklore aren't really my bag. What an eye-opener! A hilarious alternative explanation of the origins of Stonehenge. A three-headed troll arguing with itself. A chilling, desperate account of a boat-load of Vikings who accidentally release the zombie virus among their number. There truly isn't a single dud tale in this highly entertaining and imaginative collection. Indeed, almost all of these short stories and prose poems are ingenious, beautifully structured, elegantly penned and often funny; seriously good writing, in fact. I couldn't put it down, and even went straight back and read half a dozen instant favourites a second time. Even more unexpected, for me, was how much I enjoyed the ingenuity and accessibility of some of the dozen-odd short prose poems, although a couple did ring all-too-familiar bells.
Clever plots, and they all are that, aren't enough though. Character is king – too much fantasy writing puts all the colour and subtlety into the humans, leaving the giants, fairies, trolls or whatever as two-dimensional cut-outs, but as I read story after story I became amazed at the depth of characterisation these very smart writers bring to their mythical creations. I came to understand that, at its best, writing about elves, and draugr, hulde, selky and others from the panoply of northern mythological beings is a nifty way of extending the possibilities of humanity, at least in the imagination. The mythical characters are, at their best, insightful reflections of ourselves, gleefully distorted as if in a fairground hall of mirrors. That's the trick of it, to bring them alive and make us feel for them, and these guys are masters at the game. The editor, M J Kobernus, who also wrote one of the best stories about a spelunking tourist who runs into trolls deep in a cave system with genuinely surprising results, has pulled together a stellar gathering of writers from around the world, many of them multiple award winners, and it shows in the quality. Very, very clever stuff. Bring on Vol. II.
Read more
2 people found this helpful
Helpful
Report abuse

Avid Reader
5.0 out of 5 stars Needed Project
Reviewed in the United States 🇺🇸 on May 26, 2016
Verified Purchase
Preservation of folklore through new means of reaching a wider audience. For year, decades even, folklore has been delegated to a forgotten time and place. The lessons taught in and through them have evaporated like swift puff of smoke, This is a masterful aide to bring back some of that flailing history. There are so many more great tales, ready to e dusted off and new life breathed into them once again. y hat is off to you. Well done. Great Compilation.
Read more
One person found this helpful
Helpful
Report abuse

Patrick Murtha
4.0 out of 5 stars Fans of folklore-based fantasy will love this
Reviewed in the United States 🇺🇸 on June 28, 2015
Is this book light reading or heavy reading? Well, certainly light reading in terms of its abundant entertainment value for anyone who enjoys folklore, mythology, fantasy, epic, and modern spins on them. But heavy in the sense that the great majority of the contributions here, 17 short stories, 16 poems, and accompanying line illustrations by Evelinn Enoksen, are fueled by anxiety, often specifically sexual anxiety. (The other pieces are more comic, such as Gregg Chamberlain's take on trolls and Paul Kater's on elves.)

This seems true to the original folklore, which often focuses on cross-species pairings between humans and selkies (seal people), hulder (seductive forest women with hidden tails), maras (she-werewolves), trolls, witches, and so on. Rarely can these contradictory attractions or seductions end well, it almost goes without saying. They turn nasty or tragic, depending on the situation, and that is the vein that is well explored here.

Nordland Publishing had a pip of an idea - it's promising to see that it's the first in a series - and invited many accomplished authors to participate. Of course, there is some variability in quality of offerings, as there is bound to be, but there is nothing remotely embarrassing here. The volume reads very nicely from cover to cover.

Scandinavian folklore encompasses the countries of Sweden, Norway, Denmark, Finland, Iceland, and the Faroe Islands, and because of geographic proximities and cultural cross-contacts overlaps considerably with German, Celtic, and English folklores. This is a big book, but it can scarcely begin to cover all the different aspects of this huge field.

In terms of creatures, there is a strong concentration on trolls, draugrs (undead), hulder, and selkies. Maras show up in a couple of hair-raising poems by Andrew James Murray and Laura Johnson, fossegrim (waterfall spirits) in a more lyrical piece by Steve Klepetar. Murray takes on the legend of the myling (restless spirits of infants who die before being baptized) in his bleak story "And the Snow Came Down," and there is even a memorable turn by a polar bear in Sarah Lyn Eaton's "Hold the Door."

But there would definitely be room in a companion volume for more about dwarves, dragons, will o' the wisps, nokken (aquatic shapeshifters), vittra (underground wights), ellepiger (alder tree girls), and so on.

A few pieces deserve to be shouted out. Hugh B. Long's "Draugr's Saga" leads the pack in narrative propulsion (but somehow, Long got omitted from the contributor biographies at the end of the book). Long is prolific in the space fantasy genre and draws liberally on Norse mythology. His story here was the kick-off in an ongoing serialized novel of the same title (subtitled "A Tale of the Zombie Apocalypse in the Viking Age"). Since I sometimes criticize the general quality of writing of this type, I must salute Long and say that based on this story, he really knows what he's doing. Zombie apocalypses are pretty hot right now, but there are still better and worse ways to tackle them!

Mikaela von Kursell's "Gustave Trolle (1488-1533) - The Gammeltroll of Gamlastan" is easily the most linguistically accomplished fiction in the book, making as sharp use of modernist techniques as one would expect from a translator of Swedish poet Gunnar Ekelof. I won't say more so as not to spoil it.

Among the poems, Kim Goldberg's "Visitation" is a standout, poised perfectly on the border between poetry and prose.
Read more
One person found this helpful
Helpful
Report abuse
See all reviews

AJM
5.0 out of 5 stars A great and varied collection.
Reviewed in the United Kingdom 🇬🇧 on May 27, 2015
Verified Purchase
Okay, first the disclaimer: I have some work included in this anthology, and only the greatest narcissist would highlight his own stuff. So, ignoring that and considering everything else: this is a great eclectic collection of poetry and prose to read on a winter's night; horror and humour, fairy tale and Fright Night. Bookended by two good stories: Hold The Door, and The Edge Of Darkness. My favourite poem was Fossegrim. Oh, and there are some cool illustrations too.
Read more
One person found this helpful
Report abuse

Amazon Customer
5.0 out of 5 stars Absolutely brilliant
Reviewed in the United Kingdom 🇬🇧 on October 16, 2016
Verified Purchase
I love this book.......a 'must-have' addition to anyone's bookshelf.
Read more
Report abuse
See all reviews
Report an issue
Does this item contain inappropriate content?
Report
Do you believe that this item violates a copyright?
Report
Does this item contain quality or formatting issues?
Report