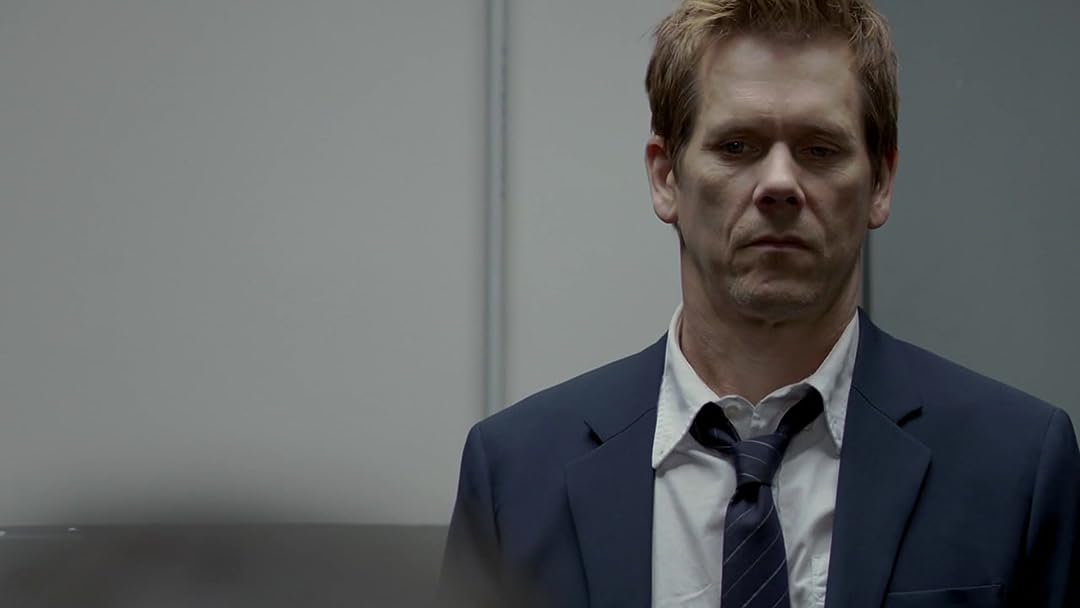 PegReviewed in the United States on October 23, 2022
5.0 out of 5 stars
Great show.
Verified purchase
Sprinkled with the typical ‘oy-duh’ scenes, but otherwise a creative and well written story.

Celizzle GuertinReviewed in the United States on July 24, 2022
4.0 out of 5 stars
Very gory but worth the $17.99
Verified purchase
Some actors really shined, like Emma and Joe Carrol. Some, not so much. So much slashing, it almost got old but the story line kept me watching, so much that I spent almost $60 buying all 3 seasons.

UFC FanReviewed in the United States on February 27, 2013
5.0 out of 5 stars
Great Story Line, Acting First Class
Verified purchase
Im not going to write a long review. And i am not going to compare it to novels or as in one review that actually got four stars, talk about how much carnage there is, and how long it will take for some sick person to copy what they see on tv? This is what everyone is giving 4 stars for? The story is about a guy who is a genius. He has a cult. "The Following"......Kevin Bacon a once, I think FBI agent, left the force, and was called back to help catch this guy and bring him in. But just cause he is in jail, doesn't mean his cult is not fully planned and doing as instructed. The force with Bacon's help is trying to solve all these bad things that keep coming up all through great planning of this psychopath.....In short Im sure we all have seen something like this in a movie at some point. But as for tv? I think it's fresh, and Bacon and im sorry i don't remember his real name (the bad guy in jail), he is just amazing and perfect for this role. could not get any better than him. All the acting in this is First class all the way. Very entertaining. This show will last as long as Bacon stays on. It's a six year contract. So if you like action, police shows, a little bit of cult thrown at you, then i think you will love this show. It's actually a rush. It moves fast when it needs to, and slows up for really intense moments. You really get to enjoy each scene. Great writing i think. It is certainly worth at least watching the first two episodes to see if you like it. My only complaint, is i wish they allowed Bacon a little more room to act. Meaning to open up just a little. I understand he has a rough past, but allow him character to let one of the agents closer to him even a little. It will also allow Bacon to use more of his acting skills. Great show. I hope they don't take it off the air......5 stars all the way.
4 people found this helpful

Crusty HiFi CootReviewed in the United States on April 18, 2013
5.0 out of 5 stars
If you liked 24, this may be for you
Verified purchase
This show has some gruesome imagery, and may lack depth in some of its characterizations, but it is a weirdly engrossing thriller, and it succeeds for those with the stomach for such things. The writers try hard to provide some of the motivation for the unspeakable crimes committed by the Followers, but most of the emotional impact comes from the interplay between Kevin Bacon's damaged FBI ex-agent Ryan Hardy, Natalie Zea's Claire Carroll, the show's only well-balanced character, and James Purefoy's Joe, who is characterized as a serial killer, but who is so much more. I enjoy that the FBI team tracking Joe is composed of such baggage-laden individuals, each with a propensity to act impulsively in their pursuit, giving the plot an edge of unpredictability. One ploy that's getting a bit tired, though, are repeated approaches by supposedly sympathetic Followers, who then turn to lethally attack the FBI team when they have let their guard down. But it's Joe's character and actions that provide the show's greatest strength and its greatest weakness. His apparent charisma as a teacher is mirrored by his diabolic power and mind-control as recruiter of murderous followers. His use of pre-existing fringe networks as talent pools and their organization as an instrument of his unfolding master plan is ingeniously shown, as well as all the tech-gimickry of secret websites, untraceable sat phones,etc. The weakness, for me at least, is the simple question, "who's paying for all this?" Joe is a college professor, failed novelist, and a cult leader. His organization appears to have the military armament, tech resources, and funding of a sponsored terror network, just like on 24 (which would have had oil money, blood diamonds, or a drug smuggling cartel behind it).
His Followers are many, but no one has been shown to be his financial "Angel". But if you can set your rational skepticism aside you can enjoy a weekly occurrence of white knuckles gripping your sofa arm or that of anyone you're with.
3 people found this helpful

distilledknightReviewed in the United States on November 4, 2020
5.0 out of 5 stars
WOW!!!
Verified purchase
Season 1 is amazing! I'd originally watched it on Netflix before it disappeared from that service. I've now watched it three times with three different people and all of them loved it. Suspenseful. Intelligent. Extremely well-paced. Even after repeated viewings and knowing what is coming up, it's still very enjoyable.

The cast is top notch and each role is well-cast and the acting superb. Even when you've seen the actors in other roles (it stars Kevin Bacon) you quickly forget their previous work and readily accept the characters they play in The Following.

(As a side note, while Season 1 was absolutely amazing I was disappointed with Season 2. I watched the first few episodes of Season 2 and couldn't get through it. But Season 1 is highly recommended).

DJReviewed in the United States on May 13, 2022
5.0 out of 5 stars
Great series!
Verified purchase
Season 1 was engrossing, entertaining, and filled with suspense. The acting was absolutely superb. If you like intrigue and murder, you'll love 'The Following'.

rayJReviewed in the United States on January 4, 2014
4.0 out of 5 stars
follow The Following
Verified purchase
okay..so we've all obviously seen a member of law enforcement hunt a really bad guy before right?
can you get past that> great!

the show is a wonderful journey of macabre,with moments of brilliance and yet also has moments of people needing to do the dumb thing-so the plot can move conventionally. it happens..but when it happens around a strong cast and captivating story-it can be forgiven

the acting-nobody hams it up or phones it in. there are no cracks in the performances that say "we know its just a tv show,what ghoulish glee were having,whoo hoo:." its played straight,at times with romance and also with a devilish twinkle in the mad mens eyes.

the story-again,weve seen the good guy chase the bad guy before. what makes this show exciting is having two likeable leads and a plotline that offers some twists

the 'ghoulish glee'- if your a fan of Silence Of The Lambs,or Saw,this might be a nice light fare for you. It certainly doesnt have the excess gore of the latter series,but doesnt skimp on a chance to make with the bloodletting either.there may not be too many moments youll have to look away in disgust,but you might cringe with a slight smile-revering the dark fun of it all.

Many reviewers have blasted the show for being weak or predictable,and ill admit after a strong debut and 2nd show,there was a slow week or 2. After that,every episode drew you in,and left you cakcling as you rub your feet together in anticipation of whatever gruesome moment or surprise turn comes next.

it is predictable? yes,but i predict youll like it anyway.
3 people found this helpful

James BeswickReviewed in the United States on February 6, 2013
3.0 out of 5 stars
A solid premise that's really weakly executed
Verified purchase
I really liked the basic concept -- a brilliant but deranged serial killer has developed an army of sleepers who continue to execute his plan despite being caught. When you think about the potential of how warped it can get, it's a clever formula that pushes the boundaries of procedural cop TV drama.

Unfortunately, rather than the main bad guy building a cult through religion or some political point of view, it centers around the writings of Edgar Allen Poe. Actually, it really centers around The Raven since the writers were too lazy to read anything else he wrote and have kept the references to what the average Fox viewer might have seen from a Simpsons Halloween special. And we're really suspending our disbelief here since our English-teacher-slash-killer has brainwashed his followers into very complicated crimes based upon some lectures on some arcane analysis of Poe's literature. Seriously? I'll buy into Homeland's brainwashed military hero turning to terrorism just because it's great television but this is like suggesting that readers of The Oatmeal are going to start murdering badgers.

That aside, the show has quickly descended into "nutjob of the week" territory and the overarching story line of the season isn't going anywhere fast. Bacon's tormented brilliant-but-alcoholic-investigator character gets less interesting with every episode. The writers seem to have forgotten the alcoholism problem completely and now it's simply a cat and mouse game between the hero and villain who are essentially opposite parts of the same person. If Homeland became ridiculous when Carrie discovered she was crazy, The Following jumps straight into absurdity with the main character's supposed weakness.

The crimes each week are really, really unbelievable. The followers show a near-telepathic level of prediction when it comes to breaking into people's houses and being able to act on highly detailed maniacal plans despite the main architect operating from a prison cell. It also reruns every horror movie cliche to the point where you know there's going to be a killer behind someone when they close the bathroom mirror. Although the extreme gore is there to make all this look very serious, I find myself laughing at each plot twist since I have as much luck convincing you to steal a pack of gum with this review as the killer has of making any of this happen through his Poe obsession.

Basically, The Following just reminds me how mediocre network programming is compared with cable shows like Dexter and Homeland. There was a great idea at the core of this series that has been wasted and given the laziness of the plot, I'm not confident that I'll be watching many more episodes.
6 people found this helpful
See all reviews
Back to top
Get to Know Us
Make Money with Us
Amazon Payment Products
Let Us Help You
EnglishChoose a language for shopping. United StatesChoose a country/region for shopping.
© 1996-2022, Amazon.com, Inc. or its affiliates