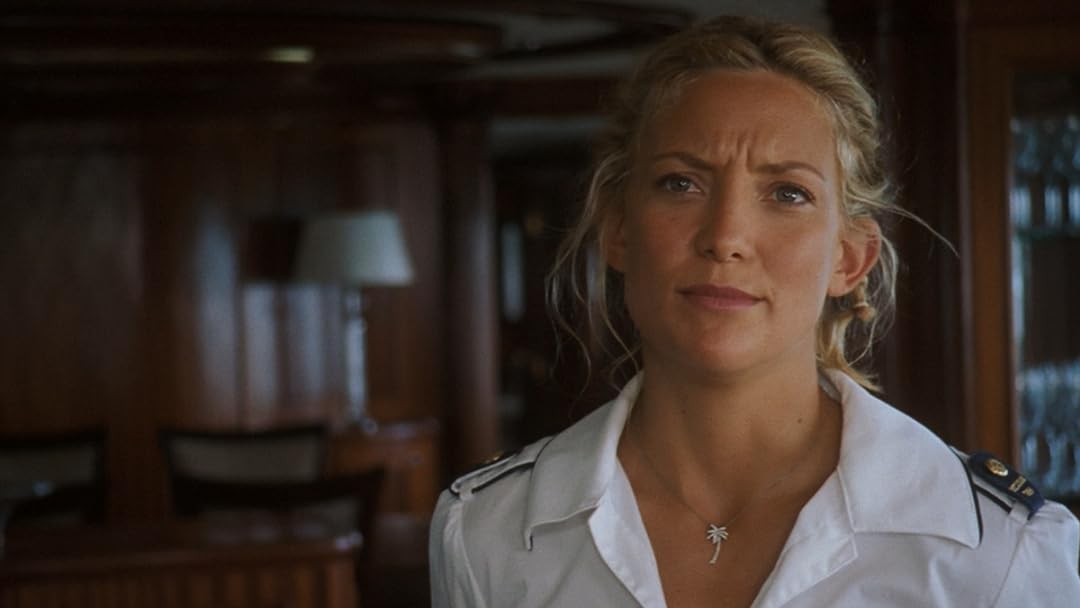 (5,814)
5.71 h 52 min2008X-RayPG-13
BBC America Presents: A new clue to the whereabouts of a lost treasure rekindles a married couple's sense of adventure -- and their estranged romance.

Allen Garfield's #1 fan.Reviewed in the United States on May 6, 2019
2.0 out of 5 stars
If you're looking for a Into the Blue or The Deep - skip this one.
Verified purchase
Pretty much Disney fare: in spirit and execution, which is fine. It wasn't sold that way.

Supremely unfunny for most adults - the jokes are terrible. No sense of danger - the villians are PG goofballs. And alas, lacks the bikini babes...if we're being honest here. The kids, 12 and under will probably enjoy this.

This was awful. I forgot that Matthew McC, in his early roles, wasn't especially good. It wasn't til he got a little grizzle...

Fails at adventure. Fails at romance. Fails at sexy - unlike the aforementioned titles.

Kate Hudson, clad in bikini for more than one minute could've (ahem) salvaged this dreck. Maybe.

KReviewed in the United States on June 29, 2018
5.0 out of 5 stars
Action, Adventure & Fun
Verified purchase
This movie is just so fun. I can't believe it's 10 years old! Matthew and Kate just have that magic spark and seeing a young Kevin Hart was hysterical. Also Ewan Bremmer (from Wonder Woman and Trainspotting) was good comic relief as Matthew's Ukranian friend.

I loved all of the scenes above and below the water and it always kept your attention while making you laugh to boot. A definite for my movie collection.
12 people found this helpful

Graham SwearingenReviewed in the United States on September 25, 2012
5.0 out of 5 stars
Overboard with treasure hunting? I'm sold
Verified purchase
Ok, so this isn't some sort of cinematic art or big special effects extravaganza. Why people are reviewing this negatively because of the two stars, makes no sense to me. Since when do people expect much from Matthew McConaughey or Kate Hudson? Kate was really good in Almost Famous, but other than that I haven't been blown away by her or Matthew for that matter, in fact, I can't even think of him ever not playing some dolt without his accent. This movie harkens back to something like Overboard with its chemistry of two stars who would seem like an odd pair from different walks of life. While Matthew is no Kurt Russell, I think Kate is better than her mother ever was. So these two have pretty good chemistry together and then you shoot this movie in the best parts of Australia with great actors like Ray Winstone and Kevin Hart and Donald Sutherland and make it an adventure film, then you've got something really good. The movie is paced well, shot well and it looks great on Blu-Ray. Poor supplemental features, but I bought this for the movie so I'm not too bummed about the lack of extras. If you like adventure films and video games, you'll probably like this. I am a big fan of the video game series Uncharted, this movie reminds me of that series only not as funny or dangerous, but this movie is still witty and adventurous. I like this movie a lot, get It on sale and then if you don't like it, you won't feel like you got ripped off.
33 people found this helpful

Trade Wind ProductsReviewed in the United States on August 9, 2019
5.0 out of 5 stars
Wonderful movie. Lighthearted, entertaining, and fun
Verified purchase
I first saw this movie on a plane. I had met my husband on the East Coast and was travelling back to the West Coast by myself. He stayed behind on a work project. I was feeling a little down and was not looking forward to the five plus hour flight. The movie came on and it was Fool's Gold. By the time it was over, I was smiling and over my funk. I found myself laughing out loud but I was not alone. Just a great feel good movie.
6 people found this helpful

artisannmReviewed in the United States on January 22, 2022
1.0 out of 5 stars
Mediocre script
Verified purchase
Besides being a mediocre movie, which could have been better, Hollywood shows up once again to ruin the day by stuffing scenes into this movie that don't belong to further twist people's minds. I'm donating it to Goodwill since it wasn't worth returning as a used purchase. You can skip this one - not worth it.

David E. BaldwinReviewed in the United States on October 13, 2008
4.0 out of 5 stars
A Satisfying Confection
Verified purchase
This a film that defies criticism. It wasn't made to win awards. If memory serves this flick was released around Valentine's Day to cash in on those taking their sweeties or intended sweeties to something lighthearted and romantic. "There Will Be Blood" just wouldn't cut it. In a nutshell, this is cinematic cotton candy. I saw this film about two days ago and it's pretty much escaped my memory banks. As was intended. This could be characterized as a screwball action-adventure comedy though it falls a little short of Grant-Dunne or Powell-Loy. That said the teaming of Matthew McConaughey and Kate Hudson sets off kinetic sparks. They project both intelligence and sexual heat that is palpable. The presence of Donald Sutherland as a mega-millionaire is always inviting. Sit back and enjoy the show and remain optimistic that McConaughey and Hudson will one day appear in a vehicle that has a little more meat to it.
3 people found this helpful

Mama DearestReviewed in the United States on May 20, 2020
3.0 out of 5 stars
I've watched better with these two...
Verified purchase
together and separately. I guess the moral of this story is, a no good, irresponsible man suddenly will become good and responsible as soon as he strikes gold. Doubtful. If anything, he will become even more bad and irresponsible. Don't buy into the fantasy kids, this is Hollywood. Who ever wrote this must be in a silly world with silly thinking.

moonjoggerReviewed in the United States on October 27, 2010
4.0 out of 5 stars
BORDERS ON CHILDISH
Verified purchase
This is a good movie with a great cast, its nice to see Donald Sutherland again and he played a very good part in this movie. MATTHEW is a happy go lucky treasure hunter and Kate is his sensiable ex wife. And they are looking for Lost Treasure. The story plot is OK... but the interactions between the bad guys is almost of batman qaulity... you know childish. This could have been a much better story with out the WAM-POW-ZAM effect with the interaction between these characters. This really down graded the movie. As much as those scenes where ment to be funny, I am no longer five years old. But for those who loved the movie, the bluray version is very nice, the ocean shots are very pretty... ah.. what can I say.. that helped the movie some.
One person found this helpful
See all reviews
Back to top
Get to Know Us
Make Money with Us
Amazon Payment Products
Let Us Help You
EnglishChoose a language for shopping. United StatesChoose a country/region for shopping.
© 1996-2022, Amazon.com, Inc. or its affiliates