The Forbidden Man (Edge of Scandal Book 1) and millions of other books are available for Amazon Kindle. Learn more
Share <Embed> 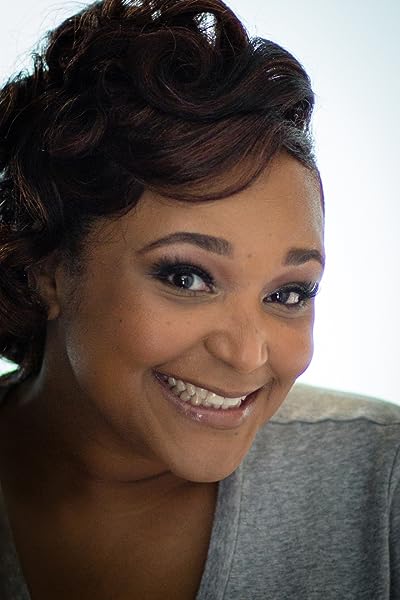 by Elle Wright (Author)
4.5 out of 5 stars 183 ratings
Book 1 of 4: Edge of Scandal
See all formats and editions
Sorry, there was a problem loading this page. Try again.
Read more Read less
Previous page
Next page

What an emotional journey! Elle Wright's debut release, The Forbidden Man, will hit the right chord for romance readers. From the first few pages, drama unfolds and maintains a steady pace that keeps any sagging bits out of sight. The launch of this new series - Edge of Scandal - starts with a strong, compelling introduction of family and friends. Through Wright's craft, we see the characters at their best and at their worst. As a result, tension and conflict intertwine to test the boundaries and stamina of the hero and heroine, providing us with rich content to devour. So now that Wright has us hooked, we eagerly await the next installment, His All Night.―USA Today

"This gripping debut is packed with drama and a love triangle that will certainly tug at the old heartstrings. Ms. Wright's entry into the world of romance is a memorable one that I'm sure readers will enjoy from the first page to the last."―J.D. Mason, Bestselling Author of the Beautiful, Dirty, Rich series

Born and raised in Southeast Michigan near Ann Arbor, Elle Wright learned the importance of reading from her mother. It was also her mother who, later on in her life, gave Elle her first romance novel: Indigo by Beverly Jenkins. From that moment on, Elle became a fan of Ms. Jenkins for life and a lover of all things romance. An old journal she wrote back in college became her first book (which she still wants to publish one day).
Start reading The Forbidden Man (Edge of Scandal Book 1) on your Kindle in under a minute.

4.5 out of 5 stars
4.5 out of 5
183 global ratings
How are ratings calculated?
To calculate the overall star rating and percentage breakdown by star, we don’t use a simple average. Instead, our system considers things like how recent a review is and if the reviewer bought the item on Amazon. It also analyzes reviews to verify trustworthiness.

LEXI JAE
2.0 out of 5 stars Annoying. Period.
Reviewed in the United States on February 18, 2020
Verified Purchase
First, the usage of nicknames is the book was annoying at times. It was like the author was trying too hard to make the characters relatable and failed miserably. For example, Morgan had like three names (Roc, Nathan, and Morgan). It was very confusing at times to know who she was referring too. There were some minor spelling errors and juvenile editorial mistakes. And, Sydney was the most annoying of all. She wants to make hoe moves but not take on the consequences. She literally cried and whined her way through the book the entire time. Then there were the other characters. It’s a group of friends that are clearly sleeping with each other. But, no one wants to admit their true feelings for each other. It’s all supposed to be secrets among each other but they all know about them. Just one BIG hot mess. This story carried on for far too long then it had to, and it was just all over the place. It was like the author was just trying to fill up pages to meet editorial requirements. After awhile, you just kind of start skipping through the pages, just to get the tidbits so that you understand the ending.
Read more
3 people found this helpful
Helpful
Report abuse

V.E. Akins
4.0 out of 5 stars Forbidden lust, brother against brother and a girl in the middle
Reviewed in the United States on October 9, 2020
Verified Purchase
Sydney is engaged to one brother, who breaks her heart weeks before the wedding.... when Sydney finds out about his latest betrayal she gets drunk and her now ex-fiancé’s brothers rescues her.

A stolen kiss reveals more chemistry and feelings than just the lifelong friendship they have all shared. As Sydney and Morgan delve deeper into their forbidden entanglement, her ex spirals more out of control.

Lots of angst, and I didn’t like that Syd was so indecisive, which caused a lot of the angst, but Morgan was not immune to his share of the problem either.

The chemistry and sex between Sydney and Morgan is off the radar, but they need to fix all of their family relationship issues as well.
Read more
One person found this helpful
Helpful
Report abuse

Betty Holloway
4.0 out of 5 stars CONUNDRUM!
Reviewed in the United States on December 13, 2015
Verified Purchase
Merriam-Webster defines a conundrum as something being confusing. That's how I feel about this particular read. You see, I loved the author's writing style. She immediately drew me in by the synopsis and continued to do so throughout the read. It got a little tedious with the back and forth tug of war type love affair which existed between the two leading protagonists, but eventually that smoothed out in my mind. The grammatical errors were few, if any at all. But what I found to be disturbing enough for me not to want to re-read this book again was the way this author just threw important events in the characters lives at you like it was just a drop in the bucket with no real relevancy attached to it. Cases in point. The main female character, Sydney Williams, was raped and stabbed during her college years; left for dead in an alley. No backstory or anything was done by the author to prepare her readers for this horrific event. One minute I am reading the character is drinking a cup of coffee and looking at a scar on her chest, then Wam Bam Thank you Mam, I read "the rape didn't define her like it used to"! That's how this author just threw that horrific event out there! No previous mention or forewarning whatsoever! Talk about shock value!!

Second case in point regarding another shocker just thrown out by this storyteller willy nilly: a sub character, Jared aka Red, the brother of Sydney, had a 6 year old daughter of whom he never knew existed. He was consumed with finding her since the mother had seemingly vanished off the face of the earth. Well again Ms. Wright just threw that important and juicy tidbit in the realm of readerdom shockingly blasé through his then booty call when she was complaining to Sydney about her love life as opposed to Sydney's. Then boom! She says "he's (meaning Red) is on a mission to find his daughter". With my eyes bugging and my mouth agape, I'm like saying what in the hell??!!! Where did this come from????

Therein lies the reason for me looking up the word of conundrum in the dictionary!

This storyline is not a new one on the block - woman (Sydney Williams) in love with man (Caden Smith) who cheated repeatedly but was slick enough to get woman to take him back repeatedly - woman finally reaches her boiling point and gets out of toxic relationship - younger brother ( Morgan Smith), who has loved her from afar for years, finally gets his chance to declare his long held romantic feelings for said object of his desires - they begin a guilt ridden love affair - said guilt resulting because of brotherly bond and cheating brother convinced he can slick his way back into relationship- said cheating behind older brother has accident - cheated on girlfriend's guilt leads her to help in his recuperation by spending nights in his house - fallout with other brother she's having affair with - ensuing drama resulting in separation - separation ending - HEA.

Old storyline but beautifully done and well written. I enjoyed this read and know that Ms. Wright has a very bright future in this writing game. She embroils you immediately into the world of her characters and continues to captivate you with the originality she injects into her unique story telling capabilities. I highly recommend this author to be added to the list of authors to follow. She is going to continue to write stories that will bring many delightful moments to your reading enjoyment. So I guess I can say, despite my initial conundrum, I enjoyed the read to come down on the side of 4.5 stars. Though I enjoyed this story and recognize a great talent in Ms. Wright, I will read reviewer comments to see how this particular series ends, but will definitely be reading more of her future works. Okay, Okay! I know it sounds like a left handed compliment, even to me, but that's my end result after finishing this read.
Read more
3 people found this helpful
Helpful
Report abuse

C Brooks
4.0 out of 5 stars I enjoyed this book
Reviewed in the United States on October 10, 2020
Verified Purchase
I enjoyed this book. I loved the romantic relationship between Morgan and Sydney, but I loved the friendship between them even more. The bonds of friendship was strong throughout the book and I loved it. The secret of Morgan & Sydney seeing each other behind Caden's back went on too long in my opinion. Although, I agree that Den was a horrible boyfriend to Sydney. I think as a brother Morgan should have come clean sooner. Overall, I enjoyed this book and highly recommend.
Read more
Helpful
Report abuse
See all reviews

Page 1 of 1 Start overPage 1 of 1
Previous page
Next page
Pages with related products. See and discover other items: forbidden city, the forbidden city
Back to top
Get to Know Us
Make Money with Us
Amazon Payment Products
Let Us Help You
EnglishChoose a language for shopping. United StatesChoose a country/region for shopping.
© 1996-2021, Amazon.com, Inc. or its affiliates