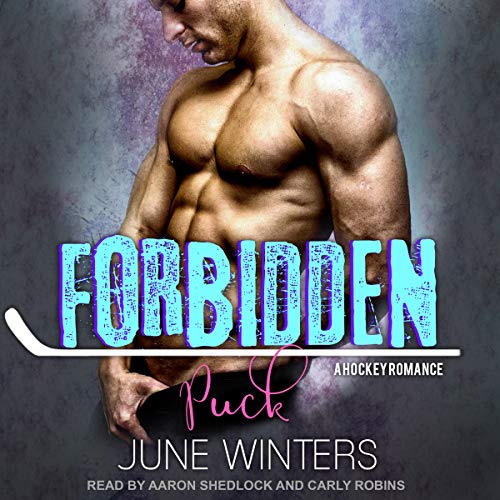 Waiting for the right guy. Ella Couture didn't mean to save herself. But success runs in the family, and Ella, a fiery and self-made interior decorator, never wanted to settle for anything less than a quality man. But another disappointing breakup has Ella flirting with the idea of a meaningless fling - because this whole v-card business has gone on for way too long.

When Ella visits her brother, Lance, for the weekend, she finds herself all alone with his teammate Radar. The rugged hockey star is tall, chiseled, and gorgeous - and based on his past, he won't get attached. It's a nice fantasy...but Ella isn't the type of girl to sleep with her brother's best friend. That's what she keeps telling herself, anyway....

Live by the code, die by the code. On the ice, tough guy "Radar" enforces the code of the game with his fists. He won't let anyone mess with the team's superstar center, Lance Couture.

Radar might sleep around, but he knows to keep his distance when Lance's sister visits the two roommates at their Boston condo. The code has a rule about family members, after all: They're strictly off-limits. Not that Radar's worried about breaking that rule - he's already heard an earful about how insane his best bud's younger sis is.

But if Radar can't keep his hands off Ella, not only will he stab his best friend in the back - he'll ruin everything for which he's worked. So why can't he get that girl out of his mind?

DAC
2.0 out of 5 stars awful - cheesy, predictable, insta-love
Reviewed in the United States 🇺🇸 on August 2, 2022
Verified Purchase
Wow. I really wanted to like this book. It started off of - but went downhill fast. Especially after the MC’s told each other they loved them - after TWO days. Ugh. I ended up flipping thru the 2nd half of the book. Wish I hadn’t wasted my time.

I do not recommend this book and will not be reading the rest of this series.
Read more
Helpful
Report abuse

Christy W.
5.0 out of 5 stars LOVED it!!!
Reviewed in the United States 🇺🇸 on November 8, 2017
Verified Purchase
I have read Grudge Puck and loved June's writing style but omg this book was so much better. Ryan Radar is so hot and yet so sweet. Ella Honey Badger omg I LOVED her. The way she put her brother Lucas in his place LOVED it. The "code" just couldn't hold up when Ryan and Ella ended up home alone. Oh and the whole panty collection I really thought was great how Ella handled that, especially at the airport lol can't wait for June's next book!!!!!
Read more
3 people found this helpful
Helpful
Report abuse

J. Padilla-Hernandez
5.0 out of 5 stars Great read.
Reviewed in the United States 🇺🇸 on July 29, 2021
Verified Purchase
This was my first book by this author and I really enjoyed it. Ryan and Ella were such a cute couple. Didn’t really care for Lance, so hope he matured some for his book.
Read more
Helpful
Report abuse

Folk6pack
4.0 out of 5 stars Little sister
Reviewed in the United States 🇺🇸 on December 10, 2019
Verified Purchase
This was a fun book to read. Not a lot of sex but more history and being under big brothers watchful eyes. The developing relationship was a fun journey to read about.
Read more
One person found this helpful
Helpful
Report abuse

Cole
5.0 out of 5 stars Great story
Reviewed in the United States 🇺🇸 on June 29, 2019
Verified Purchase
I really liked this one! It was well thought out, you could see how the characters could grow on one another. I really loved the ending and his promise he kept. I liked that you got to know other players that are in the rest of the series as well. It was well written, moved fast enough, seemed realistic from both the guy and girl angle, and well developed characters.
Read more
7 people found this helpful
Helpful
Report abuse

BClanton1
5.0 out of 5 stars Brother's Best Friend
Reviewed in the United States 🇺🇸 on April 30, 2020
Verified Purchase
Ella and Ryan's story didn't disappoint! It's always fun to read these Brother's best friend hockey stories! Guys are so weird about these things and sisters are always going to go against their brother's wishes! It can go terribly wrong or everything could go so right!
Read more
Helpful
Report abuse

Sadie Dunbar
3.0 out of 5 stars Quick Romance Read
Reviewed in the United States 🇺🇸 on January 11, 2020
Verified Purchase
Nice easy read. It was a bit cliche but enjoyable to read. A little faster paced then like. I mean they basically jumped into a committed relationship in 2.5 days. a little unbelievable but it's a work of fiction. Anyway. It was a quick romance read that I enjoyed.
Read more
Helpful
Report abuse

Baby girl
5.0 out of 5 stars Love this book
Reviewed in the United States 🇺🇸 on November 13, 2018
Verified Purchase
Even hockey players can redeem themselves when they find the right girl. Ryan/Radar did just that for Ella even though he knew it would probably end his hockey career. Ella also helped him and Lance see that even differences can make good relationships and that people can chane for the right reasons. This was a great book.
Read more
2 people found this helpful
Helpful
Report abuse
See all reviews

Emma
5.0 out of 5 stars Loved it
Reviewed in the United Kingdom 🇬🇧 on May 2, 2020
Verified Purchase
Another fab book from Julia! Enjoying this series as much as I did the last one.
Enjoyed Ryan and Ella’s story! Can’t wait to get started on Lance’s book :-)
Read more
Report abuse
See all reviews