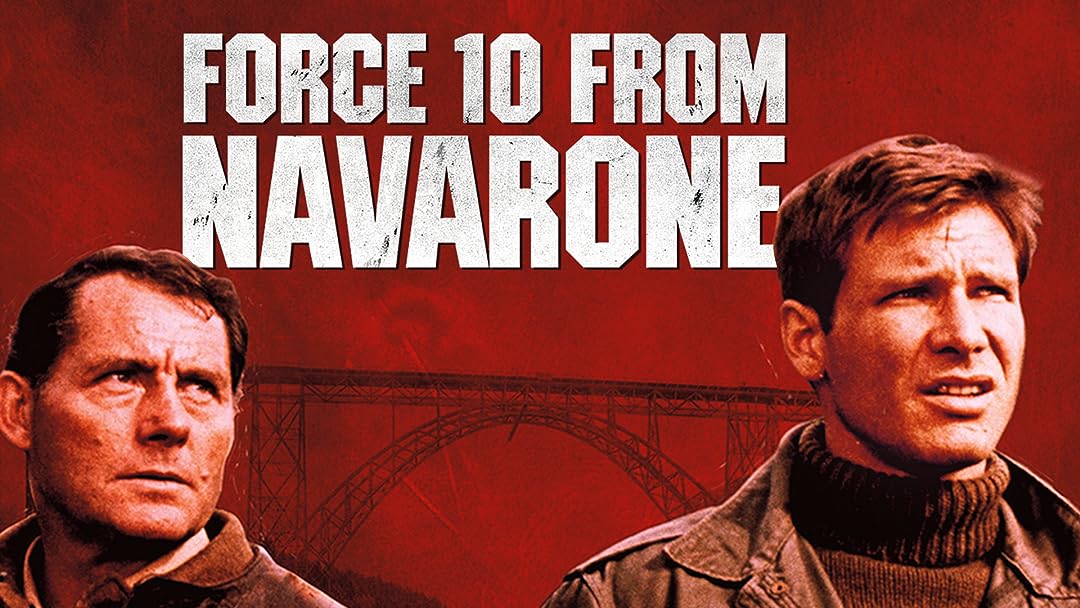 (1,341)
2 h 5 min1978X-RayPG
A group of allied commandos, led by Robert Shaw, infiltrate Yugoslavia on a secret mission against the Thrid Reich. Their orders: blow a giant dam in order to crush a strategic bridge held by the Nazis. Picture is filled with action, intrigue and double-crosses.

Astral PixieReviewed in the United States on March 2, 2019
5.0 out of 5 stars
A favorite 70s Adventure movie
Verified purchase
The cast, script and scenery make this special.
It's a fun movie you used to be able to see on Saturday afternoons. Back when men were men ;D

And funny lines:
"One - we're now on the wrong side of the river, Two - we have no hope at all of rejoining the Partisans, Three - this neck of the woods will soon be crawling with very bad tempered Germans... I think gentleman that we are going to have a very long walk home"
"You cute little son of a b****"
"You have to let nature take her course... give it time"
"You are an incurable show off"
"We Sergeants will see them through... as usual"
"You know I could get shot for this"
"It's a shame they didn't teach you German at that school of yours" "Instead of Latin... perish the thought".

Jeff RyanReviewed in the United States on February 3, 2018
4.0 out of 5 stars
After surviving The Guns of Navarone, Mallory and Miller are back in it again.
Verified purchase
I've always liked this movie since it first came out in 1978. It's a good, albeit sometimes campy, action yarn about WW 2 in the Balkans
that's loosely based on Alistair McLean's novel of the same name. Set in the former Yugoslavia (in Bosnia-Herzegovina province),
the mountain scenery is gorgeous and the cinematography is well-done. A British-American commando team has been inserted into
the German-occupied country on a dual mission in 1943-44, and has to overcome one setback after another in its efforts to blow up a
strategic bridge used by the forces of the Third Reich. The negatives in the film are inaccurate US Army field uniforms for that era and stunts
that seem to be thought up by 14-year-old American suburban males.
Robert Shaw and Edward Fox handle the roles of Mallory and Miller in this sequel to "The Guns of Navarone". Barbara Bach and Richard Kiel portray Yugoslavian partisans, and the viewer can't always be sure of their loyalties in regard to the Allies in the commando team. The acting is generally good, though Harrison Ford seems a bit stiff at times as he delivers his lines, while at other times he seems natural as a hard-bitten army officer.
27 people found this helpful

joel wingReviewed in the United States on March 10, 2020
4.0 out of 5 stars
Espionage double crosses and combat in WWII Yugoslavia
Verified purchase
Force 10 From Navarone was the sequel to the highly popular Guns of Navarone that came out in 1961. Force 10 starts off with footage from that film and then casts Robert Shaw as Major Mallory who was played by Gregor Peck in the original and Edward Fox as Miller who was originally David Niven. They are teamed up with Lt. Col. Barnsby (Harrison Ford) in an espionage mission behind enemy lines in Yugoslavia. Barnsby is to destroy a bridge while Mallory and Miller are to assassinate a double agent named Lescovar (Franco Nero). The movie focuses upon spies and betrayal along with the battle between the Yugoslav partisan vs Nazi Germany.

Force 10 works on all levels. There’s great action, there’s a giant war scene at the end, and the double agents have you guessing.
C
5 people found this helpful

J. YeagerReviewed in the United States on July 18, 2020
3.0 out of 5 stars
Nudity present
Verified purchase
Overall it was a great WW2 story.
I thought we were "safe" to watch it with a PG rating....but NO. There was nudity present. Only one lady in the movie with a main role and of course there had to be a nude scene that added nothing to the movie plot line. Glad our son was not watching with us.
I was disappointed that there wasn't at least some kind of warning. So beware.
6 people found this helpful

Raisuli the MagnificentReviewed in the United States on March 8, 2020
3.0 out of 5 stars
Almost worthy of two stars
Verified purchase
I'd seen this movie on and off on HBO during the early 80s, and never really made the connection between "The Guns of Navarrone" and this film in spite of the prologue and explanation. Reason; different actors are used, and I get that the original cast is too old or too busy to participate in this film, but it's like if you're going to make a sequel, then at least try to get some of the old cast back.

That, and the miniature SFX aren't that good, and personally, as per other reviews on this web site, I just tired of war films featuring Nazis. Again, don't get me wrong. Nazis are bad guys through and through, but it's like the US and the "free world" were not created after beating Nazi Germany. Yet you'd never know otherwise by watching a plethora of ww2 films featuring Nazis.

The Guns of Navarrone was shot on 65mm, and had a lot of local help and talent with an A-list of talent, including Gregory Peck, David Niven, and Anthony Quinn to name but three. But this film has a lot of supporting cast members, and a Harrison Ford who in spite of doing Star Wars, was still not yet a household name.

It's not a horrible film, but is paltry in the production department compared to its predecessor. Again, I don't like movies much anymore in the first place, and to see this production get tacked onto an audience favorite, but to have none of the original cast and given a paltry effort, it really makes me want to give this thing two stars simply for technical competency and nothing more.

But, it's professional enough to warrant an "okay" rating. I hadn't seen it in ages since it was HBO and broadcast TV, so I streamed it again from Amazon. And it's just as half baked and corny as I remember it.
2 people found this helpful

Vic SpadacciniReviewed in the United States on June 27, 2021
5.0 out of 5 stars
Historically backwards
Verified purchase
The Chetniks were actually responsible for the rescue and protection of more than 500 downed allied airmen. Their leader was Draza Mihailovich. In one of the most daring rescues of the entire war, all the pilots were flown out of Yugoslavia underneath the noses of the Germans. The Partisans were actually not our allies. The movie has it totally backwards. For reasons that would take too much time to explain, the British did not like Mihailovich, favored Tito, and persuaded the U.S. to back the Partisans despite U.S. intelligence agents on the ground saying otherwise. Backing Tito turned out to be a significant mistake. The definitive story about the rescue is documented in the book 'The Forgotten 500' by Gregory A. Freeman.
As for as the movie, it is still entertaining.
One person found this helpful

Noam D. PlumeReviewed in the United States on August 27, 2019
1.0 out of 5 stars
Lame and silly...
Verified purchase
Where should one begin? If the script could have been more divorced from "reality", I don't see how that could have been possible. The historical, technical, tactical, military, general physics and common sense inaccuracies were myriad. So many, there isn't enough resources to count them. A complete and utter waste of time and effort. I want those minutes of my life back. Sadly, they are squandered and gone forever. Avoid this turd like drug resistant clap.
5 people found this helpful

Kevin CarhillReviewed in the United States on June 26, 2019
4.0 out of 5 stars
Underrated Classic
Verified purchase
For all you aspiring writers, this here is an excellent example of "BUT... therefore"... it keeps the movie fun and fast paced... there are a couple of contrived scenes and it's a bit shy on character development, but overall it's an engaging movie, strong cast (even the secondary characters are good), and keeps you entertained until the very end. Classic military yarn, like Kelly's Heroes, or Great Escape. Recommended.
2 people found this helpful
See all reviews
Back to top
Get to Know Us
Make Money with Us
Amazon Payment Products
Let Us Help You
EnglishChoose a language for shopping. United StatesChoose a country/region for shopping.
© 1996-2022, Amazon.com, Inc. or its affiliates