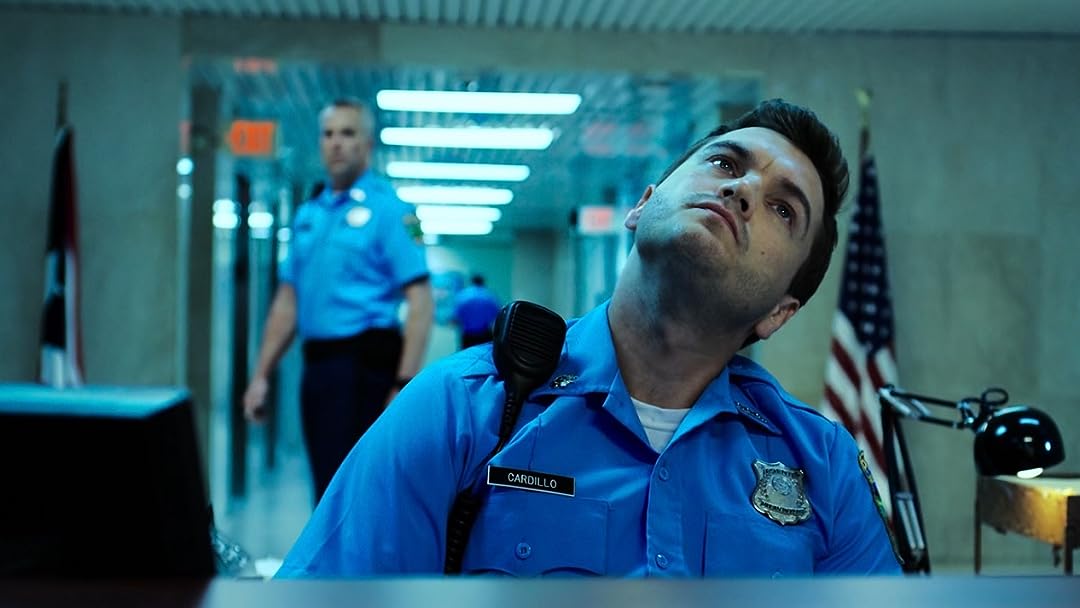 (14,805)
4.51 h 31 min2020UHDR
In this thunderous action-thriller, Mel Gibson, Emile Hirsch, and Kate Bosworth join forces to battle a deadly gang of thieves as a brutal hurricane engulfs the city.

CJReviewed in the United States on July 2, 2020
1.0 out of 5 stars
Insultingly bad
Verified purchase
Bizarre to say the least. According to this movie there are about 5 Puerto Rican’s in Puerto Rico, everyone in this movie is White! “Lt. Cunningham” of the Puerto Rican state police! A White Puerto Rican cop who doesn’t speak Spanish! How did he get through the police academy? 😆 And of course the ever present nazi... WWII started 80 years ago how the hell old is he supposed to be? I like Mel Gibson but he really made a mistake with this one.
98 people found this helpful

toddReviewed in the United States on July 3, 2020
1.0 out of 5 stars
In some other universe this would be a 80's movie parody... except that it's not.
Verified purchase
It's bad. Where to begin... story, directing, actors lines...
All of the above. Not one believable character or moment. The movie goes on and on in this weird "where is (so and so)" when the setting is like 6-7 rooms in an apartment complex, tops. You could probably see everyone by taking at most 10 steps, let alone the bang bang noises that keep happening. Yes, it's that bad.
It goes on and on and then all of a sudden it ends in the most predictable and bizarre way.
Every character would be a certified psychopath and yet you're meant to think they form relationships. The dialogue is so strange from start to end. The blonde gives me the creeps and she's supposed to be the normal one.
Maybe they mean to do movies on all of these weirdos individually? IDK. It's weird.

tt1106Reviewed in the United States on July 27, 2020
1.0 out of 5 stars
Quite possible one of the worst movies ever made. Reasons below.
Verified purchase
Where to start? Well, mostly at the money I threw away at this. It was tragic. I should have just lit the 6 dollars on fire and watched it burn.
Ok, the plot. I'm not even sure what it was, because of the mini stroke I had due to the terrible acting and massive plot holes. I think it was about an art heist and a famous paining worth millions of dollars.
It was being looked for by this psycho gang leader with some kind of affliction that causes him to use cheesy lines like "He ain't sleeping" when asked what was wrong with the guy lying in a puddle of water/blood after being shot multiple times. Mel Gibson must have read the script impaired, because his character is written in such a deplorably bad caricature of a retired police officer, that you really can't take him serious. I think they were going for crusty, but he's way beyond that. He's got a steady diet of cop lingo like perp and suspect, but it's all woven together in an implausible menagerie of trying too hardness. As a police officer of over 30 years, We just don't talk like that people. We haven't for decades. Anyhoo, I found myself turning this off halfway through, because I just didn't care if anybody lived or died. I was kind of hoping the cat 5 hurricane would win the day jsut by collapsing the entire building on everybody. The kid who plays the "troubled", I just shot my partner after getting on duty booty, is kind of likable in a wait, you were just trying to blow your brains out for gunning down your partner and now you're all flirty and everything, kind of way. But, nope, he could have gotten gunned down by the psycho bad guy too, and I probably wouldn't have cared. Tactics are terrible in this one too. I guess when you have a mediocre budget the "technical advisor" is the first to go. Nobody maintains their interval, everybody bunches up. Good guys get too close to the bad guys and bad guys get too close to the good guys. I turned it off right after psycho bad guy uses pretty much worthless female police officer (not all of them, just her) to call her partner. Um, he's shot all his own people, and we're to believe he spared the girl so he can flush her partner out of hiding. Really? All of a sudden he's got a plan? SO far all his intel's been bad too. And he killed a blue haired society lady in a bank in broad daylight and we're buying that the cops just gave up on him? SO much to say, but I think you get the idea. Bad from the getgo. In the first five minutes you will experience such massive buyers remorse that you may have to phone a friend to talk you in off the ledge. Avoid. Avoid. Avoid. Or get really drunk. I'm not a drinker, but it might be palatable if you are suitably impaired. You've been warned.
73 people found this helpful

DavidReviewed in the United States on August 10, 2020
1.0 out of 5 stars
SKIP IT!! Skip it right now - move on and don’t give it another thought!!
Verified purchase
Worst movie I’ve seen in a very long time - honestly. A plot that begins as ‘implausible’, gets more and more ridiculous as the movie progresses, and ends up being ‘just plain stupid’. I feel bad for the actors.

It’s currently rated at 4.4 stars out of 10 and rents for $5.99 - both wayyyy too high. I’d recommend you quickly move on to a better choice!!
41 people found this helpful

James P.Reviewed in the United States on August 18, 2020
1.0 out of 5 stars
Wow...that’s a bad movie
Verified purchase
This was an incredibly poorly written, acted, directed, produced, and anything else you can think of. Wow, it was bad. The acting was horrendous! As my beautiful bride said, Mel Gibson isn’t a very good actor at all, but, in this movie he is an acting genius compared to the rest of this cast. Granted, the plot of most movies these days are less than stellar and pretty far out there, but this one takes it to a whole nuther level! Everyone seems to be constantly chambering a round with their weapons even after they just shot their weapon, yet no rounds are ever ejected. Quite annoying. The writers have them doing incredibly dumb things while people with guns are hunting them...which makes no sense to the plot or to anyone watching it. I could go on and describe all of the really bad things About this movie, but I’ll just close with this: Don’t. Just don’t. This movie is horrible and you’ll be angry at yourself for wasting two hours of your life that you’ll never get back.
34 people found this helpful

David S. McQueenReviewed in the United States on October 4, 2020
1.0 out of 5 stars
A Foul Wind Blows
Verified purchase
Set in San Juan, Puerto Rico, during a hurricane, present day.

The main protagonist is a cop from the NYPD who somehow got a job in the San Juan PD even though he doesn't speak Spanish. That, and many other plot holes, make this movie a waste of time. Most of the action takes place in an apartment building in San Juan.

The plot is ridiculous (lost Nazi art work hidden in Puerto Rico), you know, because so many Nazis headed for PR (a territory of the U.S.A.) after the war. The special effects are the usual lame CGI sparks when bullets strike anything (and leave no holes or even scratch the paint). The acting and dialogue is very bad. Gratuitous violence is plentiful but no nudity.

Why Mel Gibson ever agreed to act in this movie is perplexing. Must have been some deep pockets bankrolling the production. Your life will not be better for watching this film, so watch something else.
18 people found this helpful

Robert A. SidesReviewed in the United States on July 4, 2020
3.0 out of 5 stars
MEH-a solid 3 tops
Verified purchase
Mel plays his usual ornery, gruff, gabby, humorous self. He looks old (in reality, he IS!), but still carries scenes. The rest of the cast is spotty. At one point, a guy who's shot spends 15 minutes small-talking while being stitched-up by the chick he's falling for. This happens during a literal manhunt. The couple's friends are being chased by killers in the same building while they bill and coo. It's like watching track-sweepers take a coffee-break in in the middle of a chariot race in Rome...sitting on the track itself! Insane. Prolly worth it when the price drops to $1.99 or becomes a free Prime rental.
20 people found this helpful
See all reviews
Back to top
Get to Know Us
Make Money with Us
Amazon Payment Products
Let Us Help You
EnglishChoose a language for shopping. United StatesChoose a country/region for shopping.
© 1996-2022, Amazon.com, Inc. or its affiliates