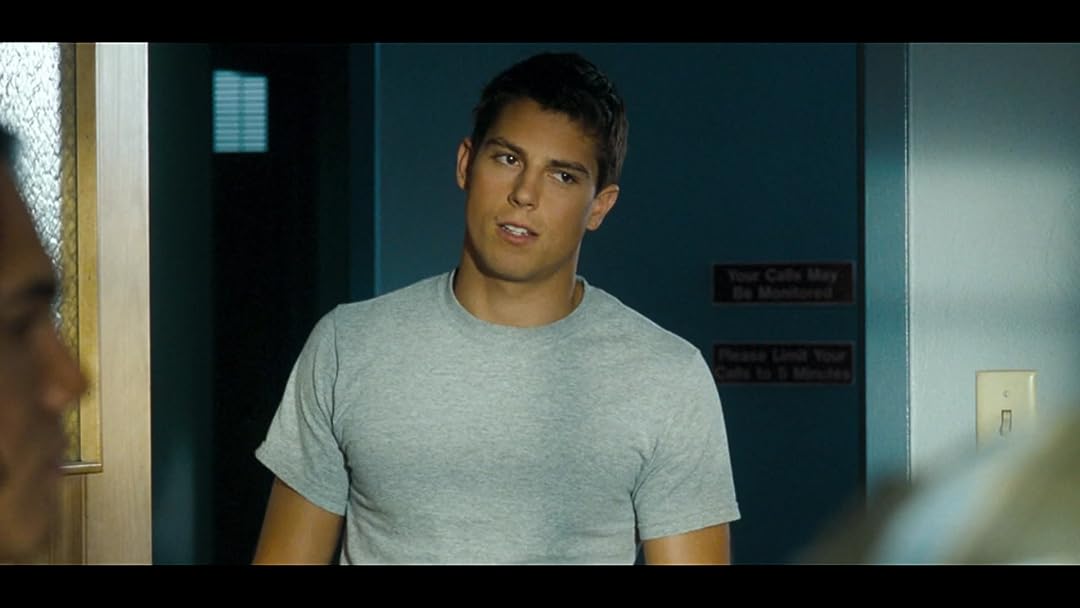 B. SurkanReviewed in the United States on December 2, 2018
4.0 out of 5 stars
Winning at Life
Verified purchase
Forever Strong, a 2008 film directed by Ryan Little, recounts the inspirational, semi-fictional self-realization of a wayward young rugby star, Rick Penning, who painfully overhauls his hedonistic personal values (Little). It is loosely based on a compilation of true stories associated with the famed Highland Rugby Team coached by Larry Gelwix. Gelwix used rugby as a tool to help boys become noble young men with strong, traditional values centered around the simple rule of never doing anything to bring shame upon oneself, one’s team or one’s family. While the movie inspires viewers to improve their lives by adopting better values, it simultaneously suggests that even those with the noblest values are not necessarily much more successful in terms of worldly achievement than those with deplorable values.

The movie highlights two rugby teams, one that values winning on the field at all costs (Razorbacks), and one that values individual honor and character above all (Highland). Members of the former are not discouraged from underage drinking, drugs or other harmful personal practices in their private lives, so long as they win on the field. This is clear from a pool party scene near the beginning of the film, when Penning receives smuggled drugs while in juvenile detention for drunk driving, and when he returns to his team on probation after “juvi”. Additionally, Penning’s father, who is also the coach of the Razorbacks, does not discourage underhanded plays on the field, provided that the team wins and the referees don’t see.

Highland, on the other hand, is a team founded on the basic precepts of personal honor and character. Coach Gelwix explicitly states that if team members work hard and behave honorably, they will find fulfillment in life and, coincidentally, often victory on the field. Having won twenty-one national championships, coming in second in seven more over a 30-year period, it is difficult to compete with the real Highland team’s record on the field (“Boys HS”). In the film, however, the team with low moral standards (Razorbacks) makes it all the way to the national championship and barely loses to Highland. The implicit message is that strong personal morals lead to only marginally better outcomes in worldly success. Further, it is not entirely clear from the film that the self-indulgent behavior of the Razorback players leads them to less happiness off the field.

Although the movie attempts to demonstrate that the road to success in both life and on the rugby field stems from adopting strong personal morals of self-discipline and noble behavior, the differential in both realms with the less righteous alternative appears unfortunately slight. This drama would likely appeal to adolescent viewers and older who enjoy inspirational coming of age movies. It will likely not appeal to those who are primarily seek superficial action, be it in the form of rugby games or special effects. Despite the ambiguity in the film, those who work hard and live virtuously have significantly higher chances of finding happiness than those without principles.

Ali SkeensReviewed in the United States on October 27, 2014
5.0 out of 5 stars
Forever Strong has a wonderful story-line, featuring the need for both Rick and ...
Verified purchase
I am not a sports fan, but I have discovered that many movies which have a sports setting are actually stories about building an honorable character. Forever Strong has a wonderful story-line, featuring the need for both Rick and his father to build stronger character. In this case, Rick's father is not sufficient for the job, but his counselor at the juvenile detention center, his fellow hockey players, and Coach Gelwix get the job done admirably. Not a single character is unnecessary to the plot -- even the minor characters make essential contributions toward telling the story. Prior to purchasing the DVD, I watched the movie several times on Netflix, but purchasing the DVD allowed me to enjoy the excellent Special Features. The real-life Coach Gelwix presents his philosophy about turning out boys with great character, not simply winning hockey games (though winning is important, of course). Also, there is more information about "The Haka" among the Special Features. I think this movie can be appreciated by young teens through oldsters, such as me.
5 people found this helpful

E. Hunter HaleReviewed in the United States on August 12, 2015
5.0 out of 5 stars
A Cut Above Most Sports Stories
Verified purchase
What sets this sports story apart from so many others is that it tells its TRUE story in a honest way that really reflects to coach who inspires young men to be the best that they can be. We know this as we listen to the excellent commentary track between director Ryan Little and Coach Gelwix. The coach adds as much to the excellence of the commentary as does the director. His strength and conviction of ethics is apparent in listening to his remarks. This comes through in the film itself as Ryan Little has done an unusually fine job with his cast in giving the viewer an honest feeling for the strengths of the good coach and the power of influence that it can have on his players. Beautifully photographed and edited this is a class film in every way.
3 people found this helpful

VisioNReviewed in the United States on September 11, 2016
4.0 out of 5 stars
Great watch, definitely worth the time.
Verified purchase
Great movie, funny how easily we can get caught up in adult squabbles and unresolved issues. This is exactly what occurred between a father and a son. Which led the son on a downward spiral which led to incarceration. Having come to his senses he later agrees to learn from his adversary, only to find that he's been playing with his head and not his heart. After realizing that he was strong by himself but he had been given the privilege to be forever strong as a team, a lost son suddenly finds purpose and meaning, family and favor with his estranged dad.
2 people found this helpful

AnonymousReviewed in the United States on January 7, 2014
4.0 out of 5 stars
From a heart of war to a heart of peace
Verified purchase
This film was a homework assignment for a coaching class I took with the Arbinger Institute. I was studying how to help my clients experience real and lasting change in their lives.

There have been times in my life when I've felt angry, disappointed, hurt by others. And then I carried those feelings into other relationships, with a heart on alert to wage war. This entertaining film shows a transformation in one young man who experienced those same feelings-and through his heart of peace he was able to love and to forgive.

It's not superbly acted but the story keeps your interest. It would be helpful for couples or families or friends with tension to watch and discuss how taking responsibility for your own feelings can make a difference in your relationships.
3 people found this helpful

Debbie KramerReviewed in the United States on October 30, 2016
4.0 out of 5 stars
Good Rugby Movie!
Verified purchase
I enjoyed the movie. It is more a coming of age, growing up story about a young man who is at first living the party me life. After an accident he is sent to some kind of reform place by the court where he struggles with coping about who he is and what he wants to be. His life has been about rugby so he is given the opportunity to play rugby because the story is also about rugby. With a new coach and new attitude he turns his life around and embarrasses the man he was meant to grow up to be. Good story, easy to follow, good acting.

Don BicknellReviewed in the United States on September 25, 2010
5.0 out of 5 stars
I am not a sports fan but I LOVED this movie!
Verified purchase
I don't follow any team sports and knew absolutely nothing about rugby before watching this movie. I was surprised when Netflix rated it as four stars for me, but since they are seldom wrong, I decided to watch it. I was so blown away at how much I liked it that I had to order a copy for myself and to let my sports fan friends watch. I was extra glad I ordered it because in the special features I could learn the meaning of the haka as told by the real life coach that was portrayed in the movie. Also in special features was Life Lessons told by the real coach. He would make a great motivational speaker, by the way. I can see why the Highlanders have such a great win record over the years that he has coached.

Side Note: I liked what someone said during the movie comparing American football to rugby. In essence it was said that we stole rugby, added sissy pads and helmets and call it football. Rugby appears to be just as brutal as football but they wear no protective gear.

By the way, why do they call it football when probably less than one percent of the game is played with the feet.

Anyway, buy this movie. You WILL NOT be sorry.
2 people found this helpful

Amazon CustomerReviewed in the United States on April 30, 2017
5.0 out of 5 stars
Values to live by
Verified purchase
A great story, true in fact. I hope that the values learned in this movie are appreciated by all young people who see it ... your lives will definitely be the best you can hope for. These values do apply to everyone, and hopefully everyone will appreciate them. Excellent acting by all, and I do have to admit a rewarding predictable ending, not something I often do.
See all reviews
Back to top
Get to Know Us
Make Money with Us
Amazon Payment Products
Let Us Help You
EnglishChoose a language for shopping. United StatesChoose a country/region for shopping.
© 1996-2021, Amazon.com, Inc. or its affiliates