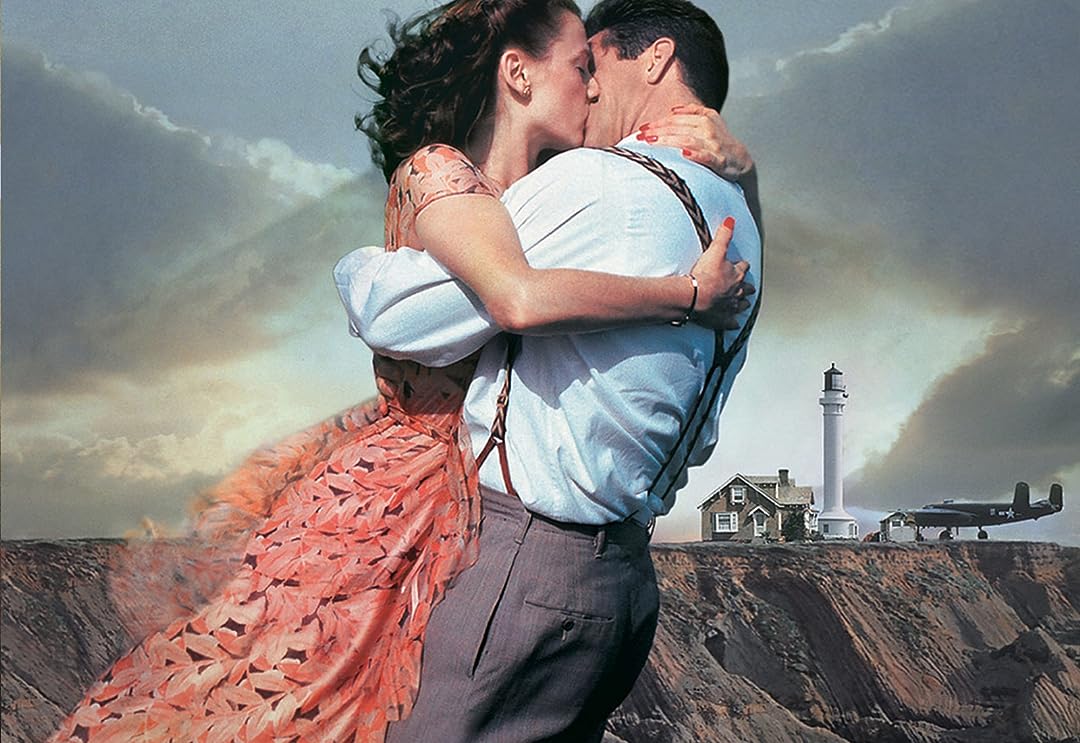 (3,598)
6.31 h 41 min1992PG
Academy Award-winner Mel Gibson stars in this romantic action/adventure about a test pilot who is transported from 1939 to 1992 in a top-secret cryogenics experiment.

Jackie_BlueReviewed in the United States on August 20, 2015
4.0 out of 5 stars
4-Stars for the Movie - 1 Star for the DVD
Verified purchase
First off, let me preface by saying that I'm a big fan of this film. It is as imaginative and engaging as a Hollywood fantasy film should be. It is a collaboration between a very underrated director in Steve Miner (House, The Wonder Years, Lake Placid), one of the biggest superstars of the time in Mel Gibson, and a green up and coming screenwriter by the name of J. J. Abrams. The movie, every bit a sci-fi film, manages to be a pretty engaging chick-flick as well. What I like most about it is that it manages to balance both genre's fairly convincingly and in the process we are left with a nice piece of fiction, although something that won't go down as a classic film by any stretch of the imagination, still manages to have great pacing and keep its audiences attention until the final, beautiful moments.

That being said, the DVD release of this film is abysmal. In fact, I can't believe it is 2015 and we still can only get a DVD for this film released in 1997, and in Full Screen no less! It is a bare bones release with fairly bad transfer and audio mix, and is presented in 1.33.1, but as it goes, it's the only thing available outside a laser disc release from the early-mid 1990's and VHS of course. Thankfully, I only had to pay $5 for it, because had I paid more, I would've been incensed. Hopefully, the powers that be get together and give this movie a proper release in Blu Ray with special features, and hopefully a commentary track with Miner, Gibson, and maybe Abrams. Until then, this is the only option we got.

Amazon CustomerReviewed in the United States on August 8, 2019
5.0 out of 5 stars
There’s not movie like it
Verified purchase
This movie Brings to me good memories to my sister in law Hilda Rest in peace

I also bough the monster that she want

She died of cancer 2 years after I bough this movie

RaychelReviewed in the United States on September 20, 2021
5.0 out of 5 stars
This movie made my husband very happy.
Verified purchase
I bought this movie for my husband for his birthday and he was super excited to watch it with me since I had never seen it. The movie came fast and in prefect gift giving condition. No scratches or glitches. Movie ran prefect all the way through. It's a great movie I won't give it away, but to some it may be a year jerker. Great movie=Great gift and I would definitely order it again. Buy the movie you won't be disappointed.

John K.Reviewed in the United States on May 13, 2014
4.0 out of 5 stars
Another Time-Travel Saga (NOT!)
Verified purchase
Quick wrap: Guy gets frozen, is defrosted some 40-ish years later. No spoiler there - that's only the beginning of the story. Mel Gibson shows once again that he can take any role and put the viewer inside that character's head. It's not so much a sci-fi film as a what-if fantasy, with sprinkles of morality, pathos, and passion added in. A little corny at times, but not enough to hinder the storyline. A fun flick that I can watch over and over.

Gibson and Jaime Lee Curtis were great together, and it must have been tempting for the director to amplify that relationship. I'm glad he didn't though. The ending would have been off the 'captain obvious' scale. Sure it's a feel-good kinda flick with a happy ending, but what's wrong with that? This is one of the better offerings in that genre.

BTW - if you're into vintage aircraft, you'll be drooling over the live-action B-25 scenes. Only problem is there wasn't enough of them. For me, anyway.
3 people found this helpful

BigMac1912Reviewed in the United States on March 2, 2013
5.0 out of 5 stars
I Am Forever Young
Verified purchase
Oh, how I can identify with the story! Growing up with a father as my teacher, coach, and summertime employer and my mother at home to raise a family, my life's journey was established. I loved playing high school sports with my dad as my football and track coach; I loved teaching swimming lessons during the summer with my dad as the swim pool manager; and I loved having a family with parents and siblings so close. And so, following a full Navy career, and a full middle school teaching and coaching career as well as managed my own community swim pool while I was going to college; and having raised a wonderful family alongside a wonderful wife; I finally retired a little over two years ago. Something interesting happened along the way, however. I have kept a part-time job I've had for over 25 years; I still substitute teach and coach in the school I retired from; and even do educational consulting all over the country (for a top nationwide company) helping teachers become better in the classroom. Although my "retirement" may be a little different from most, it does help me remain Forever Young!
2 people found this helpful

JoeReviewed in the United States on July 14, 2019
4.0 out of 5 stars
Love the movie.
Verified purchase
The packaging it arrived in and of the DVD itself were very good. The quality of the disc was not very good. It is obvious it is a bad copy. Too grainy for me.
One person found this helpful

Rebecca J. ThurstonReviewed in the United States on July 28, 2021
1.0 out of 5 stars
Not worthy buying
Verified purchase
Frankly I can't review the movie because I quit watching it halfway through. Its ok but this type of story has been told better other places. Unless you just want to see a young Mel Gibson its not worth buying. It was trite, the plot was jerky, it was blah.

Litlj43Reviewed in the United States on January 5, 2018
5.0 out of 5 stars
GREAT!
Verified purchase
This is definitely a "chick flick", and I am a chick so I think it was made for hopeless romantics like me. Mel Gibson is at his all-time best in the looks department and portrays a character that you don't often see him doing. The DVD arrived very quickly and worked perfectly. Definitely a keeper to watch again and again.
4 people found this helpful
See all reviews
Back to top
Get to Know Us
Make Money with Us
Amazon Payment Products
Let Us Help You
EnglishChoose a language for shopping. United StatesChoose a country/region for shopping.
© 1996-2021, Amazon.com, Inc. or its affiliates