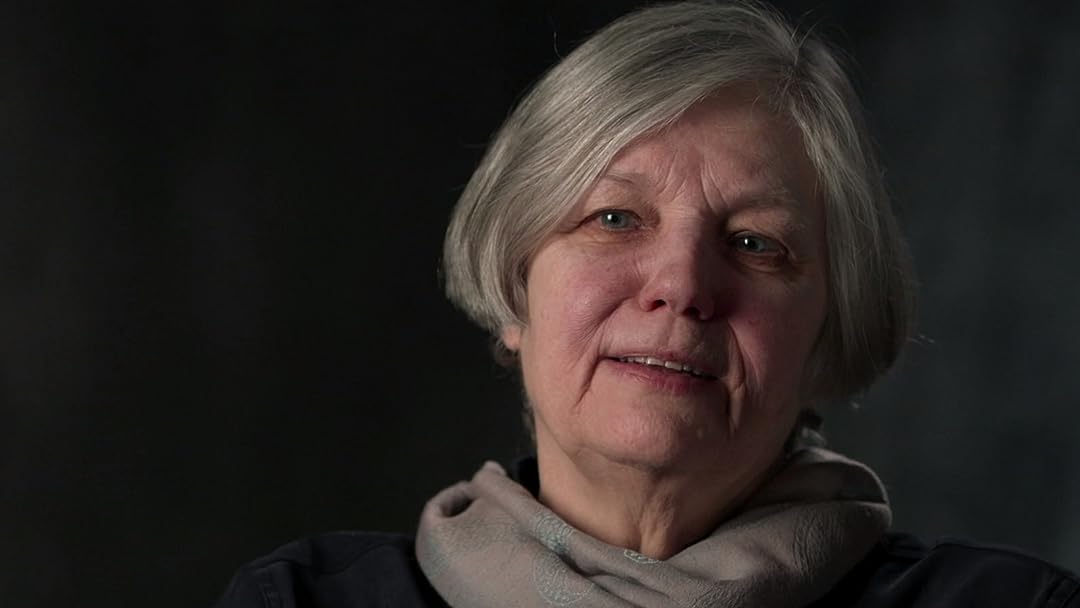 (378)53min20157+
By the dawn of the 19th century, tuberculosis had killed one in seven of all the people who had ever lived. The battle against the deadly bacteria had a profound and lasting impact on the US, shaping medical and scientific pursuits, social habits, economic development, western expansion, and government policy.

KBHReviewed in the United States on December 17, 2017
5.0 out of 5 stars
Never boring, filled with great information
Verified purchase
This is one of the better documentaries I've watched on disease and plague and how it affected history. In this particular documentary, the focus is on the United States and an American doctor who was influenced by a European doctor and his findings based on test studies. Interestingly, this documentary highlights a different aspect of the great rush to the west. In school, I remember learning about the Gold Rush but I don't recall learning about the rush to the Western United States by those that were ill and thought fresh air and being away from the city could help heal them. It was definitely rather mind-boggling just how much this plague influenced many of the cities we see today. This plague was vicious and so highly contagious, it's rather amazing that we don't give it much of a thought anymore thanks to the wonderful doctors that were able to really isolate and study the plague. The documentary explains all the Sanatoriums that popped up in the US, why and why they were later shut down. The documentary kept my attention the entire time, I didn't find myself bored at any point, and once it ended I actually wanted more. It's definitely worth anyone's time to view it and learn about the forgotten plague that plagued so many people for thousands of years. Hard to believe that you and I were saved from it by maybe forty-fifty years at best.
23 people found this helpful

carol andersonReviewed in the United States on August 6, 2018
5.0 out of 5 stars
FASCINATING ! LOVED IT !
Verified purchase
Like another reviewer it was in my watch list for a while, but I put off watching it... WATCH THIS ! I agree with another commenter they didn't teach this in school, they should have. Our education system is so lacking and boring because of what they neglect to teach.
When I heard Salman Waksman found streptomycin in soil i immediately googled him. I read the ACA article that came up 1st above Wikipedia on Bing from my fIre tablet.
There was a Biblical sounding quote but not Biblical ? By Ecclesiasticus XXXVIII ,4-1. The Lord hath created medicines out of the earth; and he that is wise will not abhor them. I didn't find it in the Bible, so I assume he was an early Greek or something writer.
Well I've read several stories about eating dirt for curing certain ailments, one was the guy who started a vitamin company, he had an uncureable colon type disease where he'd wasted away to being very thin. His father brought him a bag of dirt and told him to eat it and he got well ! Evidently he was missing enzymes or something from his system. I know of more stories also.
The point that struck me immediately is how we've polluted all our soils, from farming also all the household chemicals they sell us for cleaning, laundry, all those scented pellets, sprays, air fresheners are all chemicals. Lawn chemicals etc on and on.... Good soil is a living mass of all kinds of things. We got one of the best cures from soil, yet we went on polluting it because we were told and sold all these chemicals by people or corporations who only cared about getting rich.
America has to stop idolizing rich people ! They care nothing about the environment or anyone else's health or anything.

Walter John ZiembaReviewed in the United States on February 8, 2016
5.0 out of 5 stars
Great documentary!
Verified purchase
Great documentary. I believe this movie is based on, or owes a lot to, a book that has the same name. I have been interested in tuberculosis ever since I read that book. This movie adds a lot of detail to the story and tells how tuberculosis has changed our lives even today. For instance, men started to shave off their beards because it was believed that TB germs would be trapped in "dirty beards", and woman started wearing short skirts and dresses because long garments dragged on the sidewalk where people with TB spit, and it spread the disease.
TB has been removed from the consciousness of most of us in the USA, but in many parts of the world it is still a big problem. Highly recommend this movie.
17 people found this helpful

Mixed BlessingsReviewed in the United States on December 26, 2017
5.0 out of 5 stars
Excellent documentary for all ages.
Verified purchase
This is a fabulous documentary on tuberculosis (or consumption, as it was once called). It weaves together general facts with individual stories of these affected, as well as those attempting to identify and cure the disease. This has been on my Watchlist for a while and I was putting off watching it because, really, how good could it be? The answer is, VERY! Interviews with writers and physicians enhance the stories being told. Excellent documentary for all ages.
9 people found this helpful

A Little ol' gal from &#34;Jaw-Ja&#34;Reviewed in the United States on November 17, 2017
5.0 out of 5 stars
Excellent history we do not teach!!!
Verified purchase
This is a story not known or understood even by medical professionals. I remember being on the staff of a hospital and asking the administration WHY did they not test the patients we cared for. I just got a long stare. Some coworkers had a new patient who they found out later had active syphilis.....so, I am sure there was active TB around as well. Health professionals are NOT protected. We have the tests so use them to protect the caregivers!!!! End of my "soapbox" presentation.
6 people found this helpful

doctor beachReviewed in the United States on September 7, 2015
5.0 out of 5 stars
I Had No Idea!
Verified purchase
This documentary was totally fascinating! I had no previous idea of the incredible scope of the disease and what it did to people's lives. The most interesting part was the revelation that many cities were either started or grew because of folks with "consumption" seeking better climates - cities like Colorado Springs and Albuquerque. Climate turned out not to be a factor but that knowledge didn't stop the developers from advertising areas as great for restoring health. This story pointed out how difficult it is for new ways of looking at things to be accepted. TB could have been cured at least a decade before had the doctors and scientists listened to new research results. Most every documentary like this I watch could be used in classrooms not just for historical purposes, but as catalysts for conversations about how much in our world has changed and sadly how much of it has not. My only disappointment was at the end - it came too quickly!
7 people found this helpful

MaggieG13Reviewed in the United States on September 6, 2018
4.0 out of 5 stars
Very well done
Verified purchase
As a child and teenager, we had a TB sanatorium just outside our city. It was still treating patients in the early 1960s, when I visited it as part of my training as a candystriper at one of our hospitals. It was closed around 1970, and the nuns who had run it for decades turned it into a retreat house. Every time I drive by it and see that huge smoke stack, I remember visiting it and think of the people I knew as a child whose lives were derailed by TB. This film was very informative and done in such a way that it gripped the viewer's attention from the very beginning.
One person found this helpful

books and moviesReviewed in the United States on November 23, 2016
5.0 out of 5 stars
The Captain of Death, Consumption, TB/Tuberculosis
Verified purchase
These are the many names of TB throughout history. A disease so deadly and so prevalent for so long that it's bizarre how it might be so forgotten by the general public.

One of the best documentaries I've seen in a while. Not due to any bells and whistles in its presentation... but because I learned so much about a disease I already knew something about. It's based in part on the book by Sheila Rothman, "Living in the Shadow of Death: Tuberculosis and the Social Experience of Illness in American History."

I think one of the most interesting aspects of the documentary is that it shows the changing views of people with TB. And the changing treatments. In earlier times, people didn't understand germs and TB victims were... victims. One view was that there was a "climate cure" for consumption... that being in fresh, natural air and environments could help. Eventually, land developers had an impact on those looking for a climate cure and lured people into new, unsettled or developing territory. The city of Pasadena started as a colony of consumptives from Indiana! Los Angeles was initially "a city of invalids" (many newcomers arriving by train to LA were actually greeted by a 30 piece band in 1886).

But new cities paid a serious price for their recruiting success... they didn't have the resources to care for so many poor and sick.

Understanding the contagion ultimately brought about a serious stigma on the individual because the disease was so wildly contagious. By the 1890s the medical community got a clue about the bacteria/germs and the name "Consumption" was dropped and replaced with the name that linked it to the bacteria... Tuberculosis. People were shunned, isolated, quarantined in subtle and extreme ways. It's interesting to see how prevention of the disease impacted education campaigns, clothes, beards, hygiene, and working conditions and labor laws. So many cultural changes... because people had to.

Then came the streptomycin breakthrough in the 1940s... then other antibiotics treatments, and by 1950, most were recovering... sanatoriums closed, things changed, life improved... we began to forget. But the end of the documentary reminds us we're certainly not free of the disease. In the 1980s, TB spiked as a result of the AIDS epidemic and drug resistant TB has become more common since then. There are nearly ten thousand cases of TB in the US and 9 million worldwide.

Sure leaves you something to think about.
9 people found this helpful
See all reviews
Back to top
Get to Know Us
Make Money with Us
Amazon Payment Products
Let Us Help You
EnglishChoose a language for shopping. United StatesChoose a country/region for shopping.
© 1996-2021, Amazon.com, Inc. or its affiliates