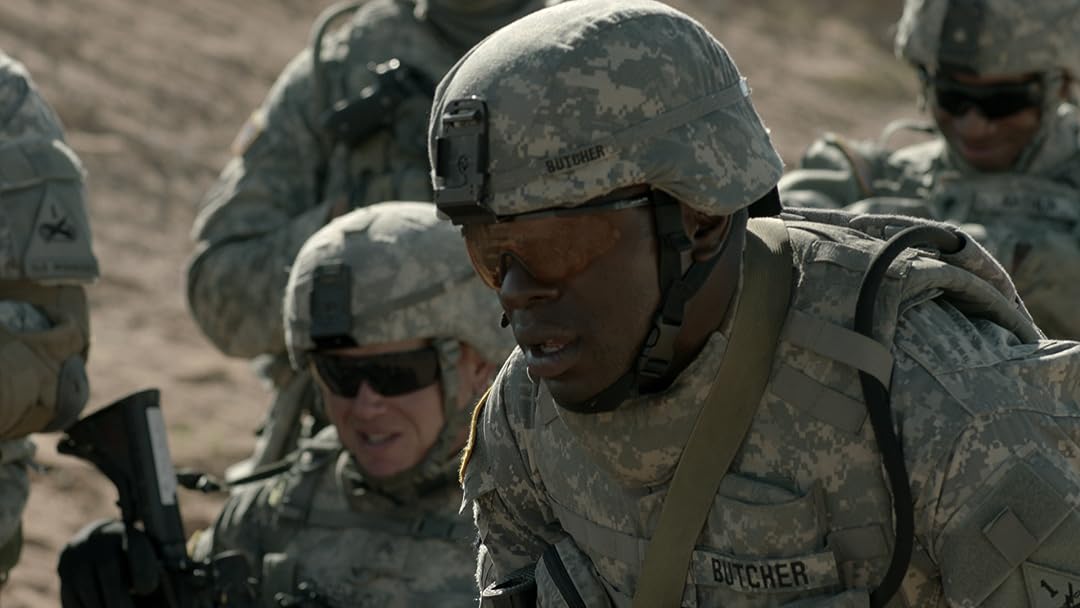 (157)6.41 h 49 min201416+
After returning home from an extended tour in Afghanistan, a decorated U.S. Army medic and single mother struggles to rebuild her relationship with her young son.

TanyaReviewed in the United States on March 6, 2020
5.0 out of 5 stars
Home
Verified purchase
I was keen to see this movie. Spent so much time at Bliss and so much time away from home. Thought I would look for familiar things like the Buffalo Gate or places on the field or downrange. Appreciated just how great a moment to go over to Whataburger and that first bite. Going home when home is no longer what it was or just gone. Family and friends moved on while you've been away. Feeling more home away from home than at home. The void between the worlds. For me, I thought it to be a good movie. Not over dramatic. Better movie than I anticipated.
7 people found this helpful

F.HoffmanReviewed in the United States on October 20, 2014
4.0 out of 5 stars
No easy answers. A very worthwhile experience.
Verified purchase
As a film, in a technical sense (acting, directing, editing), it was very respectable, if somewhat mediocre. But as a concept... that is, the premise and understanding of the subject by the writers, the movie was superb. The competing responsibilities toward that of fellow soldiers and that of family is something unique to service members. Two relationships which each has an expectation, by society and by law, of complete fidelity and total commitment... and they are in conflict. There is no easy answer, though the flippant one I often heard was; "If the Army wanted you to have a family, they would have issued you one." I retired at 20 years just after Desert Storm and never had a soldier in a similar situation; only in recent conflicts in which service members are required to deploy repeatedly to combat zones has this become very real and common. Of course, the problem of lost time and disconnect from family has always been difficult, but close, repeated non-accompanied deployments must only make it worse. In a military movie there always has to be, it seems, a psycho sergeant and some combat-event guilt. But within its central theme, this movie does a very good job of portraying the difficulties and the emotions.
23 people found this helpful

Amazon CustomerReviewed in the United States on May 9, 2021
4.0 out of 5 stars
Good story
Verified purchase
I didn't know what to expect since Michelle Monaghan had the lead role. I'd seen her in other movies and she was basically just support or they were 'cute' type movies. She does a very job in this role and I was convinced she was an army soldier. It was good to see that it worked itself out in the end and it was evident that both parents cared for their son. Ron Livingston does a good job in his portrayal and although not a big part, Manolo Cardona is also very good in his portrayal. I believe Monaghan's character said it best (the gist anyway), that if a man chooses to serve his country (and has a family), there are no questions but if a woman does (and has a family), she's a bad mom. There is still 'work' to be done in terms of how that is viewed. My hats off to the women and men (with families) who continue to serve our country!
One person found this helpful

L.BenzReviewed in the United States on June 30, 2021
4.0 out of 5 stars
The acting was very good, I didn't like the premise of the story
Verified purchase
A mother serves in the army and after almost 2 yrs comes home to her son who has no idea who she is. His father has a girlfriend who became pregnant. So while army mom keeps re-upping for 2 yrs her child will never see her. She thinks that's all she can do. As if she's too stupid to do anything else.
When she came home the husband's girl told her he sleepwalks. Do you think she listened AT ALL and put high fasteners for the door? Dope. If she wanted to spend her life in Afghanistan why did she have a kid at all? What was the point? Her ex is going to raise him thru high school. She is an emotionally disconnected mother.

FredReviewed in the United States on December 28, 2018
4.0 out of 5 stars
Good try at providing a well-balanced perspective on family life in the military
Verified purchase
Michelle Monaghan does an admirable acting job as woman soldier/single-mom/girlfriend. It is a thought-provoking film wandering through a minefield of issues that are certainly relatable. I like that the film doesn't tie-off all the issues with a neat little bow. The issues aren't so easily solved, but are on-going and resolvable with time. I found it a mature perspective on the issues at hand.
6 people found this helpful

Ron BlachmanReviewed in the United States on August 27, 2021
5.0 out of 5 stars
Michelle Monaghan leaps into the company of our greatest actresses fine film, too.
Verified purchase
Who'd a thunk it?. I never pictured Michelle Monaghan in a role like this - silly me! Her performance is brilliant; she brings gravitas, composure, nuance and credibility. This compares to The Hurt Locker in it's depiction of the tensions in being very good good as a soldier and finding meaning and mission in that while still loving family. Ron Livingston also gives an excellent supporting performance.

I don't know how the Academy missed Monaghan's performance.

P.S. If you like this, find the BBC series "Our Gal" which has similar themes.

J.R. McDowellReviewed in the United States on February 2, 2021
3.0 out of 5 stars
Not bad
Verified purchase
As a person who grew up in El Paso, and worked on Fort Bliss it was interesting how the film makers confused the city layout with the driving scenes, and even mixed in portions of California in there to give an unrealistic impression of Fort Bliss and El Paso TX. The scenes where they were in Theater were really at Fort Bliss... neat fact is most soldiers will spend several months at Fort Bliss prior to deployment to IRAQ or Afghanistan as its climate mimic it pretty closely. I really disliked the SWANN character in this movie. I have served with men like that Captain, and so many like Sgt Butcher.

Fort Bliss has like 3 million acres of land for training, many Middle East towns built out there with Hispanic Actors who will help train soldiers for the roll they are needed to perform once they head overseas.

MicheleElysReviewed in the United States on February 22, 2021
5.0 out of 5 stars
I was a military child - and it taught me great skills.... now
Verified purchase
Our military is not looking after its' own, there are answers, I guess no one wants to figure them out.
Rough story, one that we must take a deep dive and what could be best for our families and our country at large.
2 people found this helpful
See all reviews
Back to top
Get to Know Us
Make Money with Us
Amazon Payment Products
Let Us Help You
EnglishChoose a language for shopping. United StatesChoose a country/region for shopping.
© 1996-2021, Amazon.com, Inc. or its affiliates