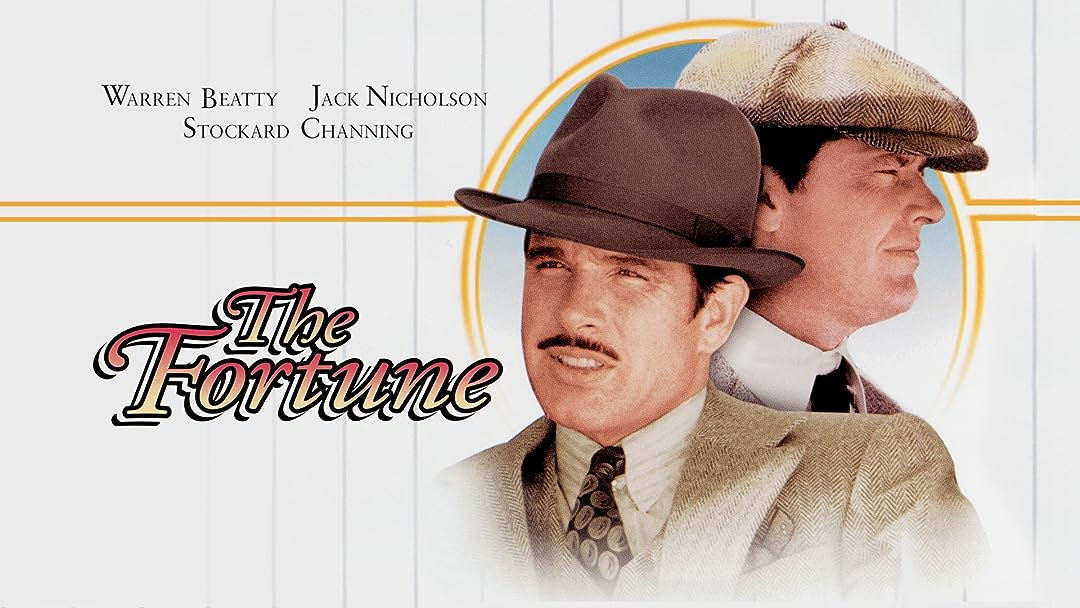 Dr. JimmyReviewed in the United States on March 26, 2021
4.0 out of 5 stars
Great movie..not so great edition.
Verified purchase
Briefly, this is a relatively unknown screwball comedy with fantastic chemistry between Beatty/Nicholson/Channing. The Fortune was released shortly before One Flew Over the Cuckoo’s Nest, and became understandably overshadowed by the latter.
Having said that; if you’re a fan of Nicholson and Beatty, which I am, this is a must watch. My only criticism is that this Blu-ray version almost completely cuts out the hilarious scene where they meet the hilarious Florence Stanley and she goes over the rules of the bungalow they just rented. I have no idea why they would cut that scene and it really is an injustice to Florence and to the film.
3 people found this helpful

Khristine JacksonReviewed in the United States on March 20, 2021
4.0 out of 5 stars
What a Trio..... !
Verified purchase
Let's just say that I am a fan of all three actor's ... and they are associated with some of the best movies individually from the 1970's,1980's .. Just when I thought I knew all of the movies that the handsome and ambitiously Warren Beatty starred in ..as well as Jack Nicholson . This really blew me away .. the script was pretty decent .. and toss in the very comical Stockard Channing ..you get "Egg-Role".. Maybe the movie wasn't well received when it came out in the mid 1970's..? I would certainly say that it is for acquired taste .. if you have a curiosity towards 1920's movies..? They are those who will say that the movie had a mix of satirical and slapstick .. The movie was shot on location in Albuquerque, New Mexico ... and some other scenes on a studio back lot. What had me laughing in stitches was a scene where they dump Stockard Channings body in a wooden crate.. and it is accidently drifts into the water .. and it never sink's.. Of course in real life .. most crates .. that hold a human being usually will sink ...?? Another fascinating goof is when they try dispose of her remains over a bridge ... Most of you all will say ... "That's not funny..?".. Folks this is a movie ... and if you want good ole clean fun..? Then go sit under a tree ... The movie may have been a flop in the theater's.. but the timing was bad .. for all involved ..

lilfannyReviewed in the United States on May 30, 2018
4.0 out of 5 stars
Comedy Gold
Verified purchase
This movie is a true classic! Jack Nicholson is tremendous as the feeble friend suckered into marrying oblivious Stockard Channing so that the devilishly stupid and still-married Warren Beatty can bring her from NY to CA and get his hands on her fortune. The one disappointment is that this version edits out the scene in which the snoopy landlady gives the trio a speech on the rules of living in the sad sack court apartments they land in for the CA leg of the story.
5 people found this helpful

Seattle ReaderReviewed in the United States on February 14, 2021
3.0 out of 5 stars
A rarity for Nicholson fans
Verified purchase
The plot is simple-minded and underdeveloped, but this film will be of interest to Jack Nicholson fans because it is the only time, as far as I know, that he played a truly stupid character and its also, I think, the only time he played broad slapstick comedy.
One person found this helpful

Frank DogheartyReviewed in the United States on March 28, 2021
1.0 out of 5 stars
Unfunny, boring
Verified purchase
The story, the characters, and the script are completely forgettable.
One person found this helpful

Stebu StackpooleReviewed in the United States on March 29, 2021
3.0 out of 5 stars
Screwball comedy with charm
Verified purchase
A very interesting role for Jack Nicholson---a bit of a character I myself could be taken for by friends and acquaintances! A screwball comedy which reminds me of both A Weekend at Bernie's and Hitchcock's The Trouble with Harry, maybe with a touch of early Woody Allen. The characterization and the dialogue are winners. Not sure if it would've been based off of a play or not, but it would certainly make for a good stage performance run in small, local theatres. Charming, despite itself, with Stockard Channing as an adorable Doris Day-like demeanor and manner.

JOE CAPPELLIReviewed in the United States on April 15, 2021
1.0 out of 5 stars
A BIG Dud
Verified purchase
Don't bother. Except for the costume and production designs of Anthea and Paul Sylbert, this is a snore and a bore. A competent cast works frantically to lend life into this tragic attempt at farce.

Devil’s DungReviewed in the United States on March 23, 2020
5.0 out of 5 stars
Oldy but Goody
Verified purchase
Good movie from 1977, many known actors.
One person found this helpful
See all reviews
Back to top
Get to Know Us
Make Money with Us
Amazon Payment Products
Let Us Help You
EnglishChoose a language for shopping. United StatesChoose a country/region for shopping.
© 1996-2021, Amazon.com, Inc. or its affiliates