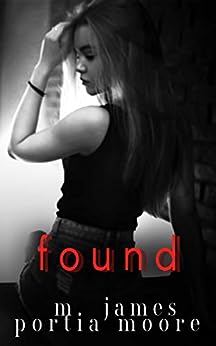 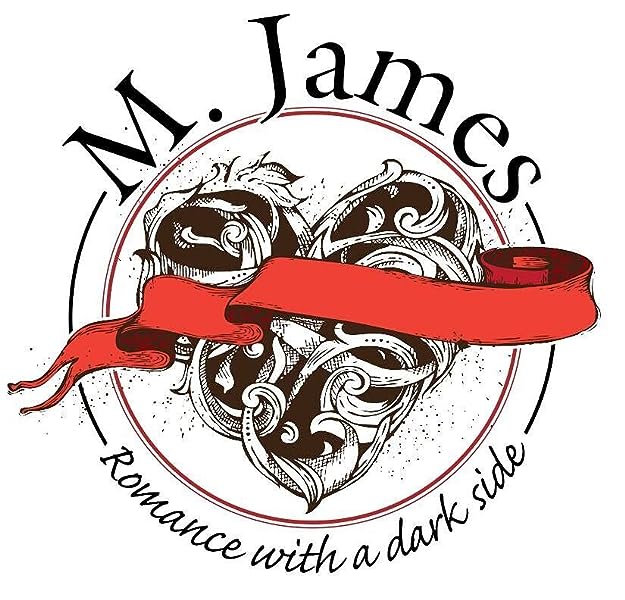 Vincent saved my family. But now I think I’m the one that needs to be saved…from him.

Once upon a time, I thought he was going to give me everything I ever wanted. But now he’s only taking things away—everything that I cherish most.

When he sweeps Erin and I away to Italy to visit his sick mother, I want to believe it’s the beginning of another chance. A possibility for us to start over far away from where everything went wrong. That is, until a face shows up that I thought I’d never see again.

What if everything I thought I’d lost could still be found?

Rain’s happily-ever-after is on the verge of falling apart in this next thrilling installment of the Claimed series. But when a lost-love reappears and secrets emerge, the future she thought she’d have will be more in danger than ever before. Fans of Ivy Smoak and L.J. Shen will love this page-turning romance full of suspense, betrayal, lost love and the possibility of second chances.

Found is the second novel in the Claimed series, and not a standalone.

M. James writes dark, delicious romance featuring strong heroines and the damaged heroes who fall for them. Her books will leave you on the edge of a cliff begging for more, but a happily-ever-after is guaranteed every time—they’re just going to have to fight for it.

She resides in Chicago with her two dogs, her laptop, and way too many plants to count. When she’s not writing, you can find her curled up with a cup of coffee (or wine!) and her favorite comfort movie or novel.

4.5 out of 5 stars
4.5 out of 5
70 global ratings
How are ratings calculated?
To calculate the overall star rating and percentage breakdown by star, we don’t use a simple average. Instead, our system considers things like how recent a review is and if the reviewer bought the item on Amazon. It also analyzes reviews to verify trustworthiness.
Top reviews

Kindle Customer
3.0 out of 5 stars Authors after such a long delay there is no excuse for all these mistakes!
Reviewed in the United States on May 26, 2021
Verified Purchase
I am really torn here. The writing is phenomenal as always but, considering how long we all waited for this book there shouldn't be so many errors! One of the main characters is Sonya than she is called Sophia! I had to double check to see if there was another character or I missed something, nope they used a wrong name for a mc! That's a big problem for me! Also our h, Rain, one minute they talk about her soft brown eyes than later Zach is describing her looking up at him with her big blue eyes! Which one is it? This is a huge mistake that should not happen especially after such a long delay in this book being released. Very disappointing!
Read more
Helpful
Report abuse

Shelby
5.0 out of 5 stars Obsessed!!!
Reviewed in the United States on May 17, 2021
Verified Purchase
My need for Rain and Zach to be together is unreal!!! Other than the fact that there is a misprint calling Sonya, Sofia twice, it was perfectly written ♥️ July couldn’t come fast enough!!!
Read more
One person found this helpful
Helpful
Report abuse

Angel
5.0 out of 5 stars Love, love, live this book
Reviewed in the United States on July 4, 2021
Verified Purchase
This is the second book I have read in this series, & it just keeps getting better & better! Can't wait till the third one comes out, which should be soon!
Read more
One person found this helpful
Helpful
Report abuse

Ashley
5.0 out of 5 stars Portia always WOWs me!
Reviewed in the United States on May 9, 2021
Verified Purchase
I love this book. I’ve waited for so long for it to be released and was not disappointed. I wish it was longer but the characters are amazing and the storyline just keeps getting better! ❤️ Can’t wait for more
Read more
One person found this helpful
Helpful
Report abuse

Truklassi
5.0 out of 5 stars Amazing
Reviewed in the United States on May 9, 2021
Verified Purchase
Wonderful as always. I was so captivated by the story. I didn't want it to end. I can't wait for the next book.
Read more
One person found this helpful
Helpful
Report abuse

Natalie Jones
5.0 out of 5 stars Awesome read!!!
Reviewed in the United States on May 9, 2021
Verified Purchase
You did it again! Awesome, insane, crazy read! Can't wait for the next installment! Always with the insane cliffhangers lol.
Read more
One person found this helpful
Helpful
Report abuse

Maria lopez
5.0 out of 5 stars Omg
Reviewed in the United States on May 12, 2021
Verified Purchase
Omg I'm so sorry lol when I got to the ending of the book I yelled you bitch cause well I was on edge I blame y'all lol. Amazing book as always ❤️
Read more
One person found this helpful
Helpful
Report abuse
See all reviews

Fawn
4.0 out of 5 stars Found
Reviewed in the United Kingdom on May 13, 2021
Verified Purchase
Finally after a whole frigging year of checking constantly to see if this has been released yet it's here the second instalment of this series. Zach now working as an undercover FBI agent is put on the case of investigating the dodgy Vincent Raine's fiancé. Zach and Raine don't reconnect again until the latter half of the story (chapter 22) which was disappointing for me as it is obviously leading to book three in the series. there is a lot of descriptive sex in the story just not between Zach and Raine as yet. I just hope that book three is halfway done already so we the reader's don't have to wait another year.
Read more
Report abuse

Anonymous
5.0 out of 5 stars Well developed characters.
Reviewed in India on November 24, 2021
Verified Purchase
Poppy is so selfish, I can’t stand her character. I still give the book a full five stars- It’s well written though and well developed as all of us have character flaws. I understand why she would want to live with Vincent. Sadly people like this exist. I just want to shake her up. Erin is worse. Her mom made a mess of things. I think these girls needs therapy. Zach thank god was the only saving grace here.
Read more
Report abuse
See all reviews