Founders as Fathers and millions of other books are available for Amazon Kindle. Learn more 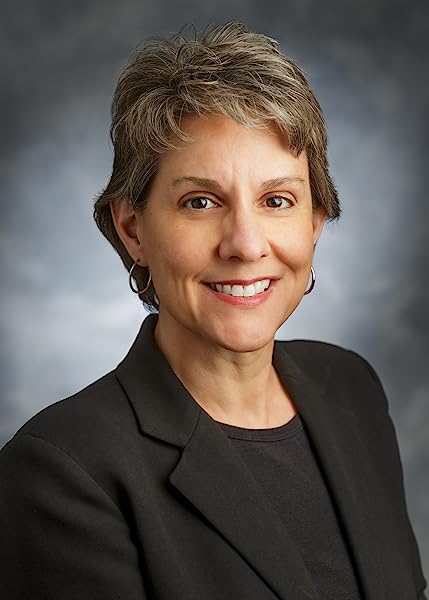 Founders as Fathers: The Private Lives and Politics of the American Revolutionaries Hardcover – September 30, 2014

by Lorri Glover (Author)
4.4 out of 5 stars 15 ratings
See all formats and editions
Sorry, there was a problem loading this page. Try again.

As the bold fathers of the American Revolution left behind their private lives to become public nation-builders, what happened to their families?

Surprisingly, no previous book has ever explored how family life shaped the political careers of America’s great Founding Fathers—men like George Mason, Patrick Henry, George Washington, Thomas Jefferson, and James Madison. In this original and intimate portrait, historian Lorri Glover brings to life the vexing, joyful, arduous, and sometimes tragic experiences of the architects of the American Republic who, while building a nation, were also raising families.

The costs and consequences for the families of these Virginia leaders were great, Glover discovers: the Revolution remade family life no less than it reinvented political institutions. She describes the colonial households that nurtured future revolutionaries, follows the development of political and family values during the revolutionary years, and shines new light on the radically transformed world that was inherited by nineteenth-century descendants. Beautifully written and replete with fascinating detail, this groundbreaking book is the first to introduce us to the founders as fathers.
Read more
Previous page
Next page

“With an inventive twist on the 'founding fathers' moniker historian Glover probes the link between family and politics. . . . A sophisticated history peppered with tidbits from the private sphere.”—Publishers Weekly
(Publishers Weekly)

“With a deft touch, Lorri Glover captures the domestic life and concerns of Virginia’s Founders as they pass from colonial protesters to scions of the first families of the new nation’s most important state. Wives and children share the spotlight in this excellently conceived study.”—Joyce Appleby, author of Shores of Knowledge: New World Discoveries and the Scientific Imagination
(Joyce Appleby)

"With an inventive twist on the 'founding fathers' moniker historian Glover probes the link between family and politics. . . . It’s a sophisticated history peppered with tidbits from the private sphere. . . . Fans of these influential men should delight in this inventive addition to the historical literature."—Publishers Weekly
(Publishers Weekly)

“A superb new perspective on America’s Founding Fathers. . . .Well-written and immensely rewarding, this important book will appeal to both scholars and general readers.”—Kirkus Review
(Kirkus Reviews)

“Elegantly written and sparkling with keen insights, Lorri Glover's splendid book recasts our understanding of the American Revolution by revealing the surprising world in which the sons of liberty were fathers before they were founders—repeatedly forced to balance their deeply held responsibilities as parents with calls to lean in for independence and a new republic.”—Jon Kukla, author of Mr. Jefferson’s Women and A Wilderness So Immense: The Louisiana Purchase and the Destiny of America
(Jon Kukla)

Q: How great was the sacrifice of the Virginia revolutionaries?
A: It is hard to remember now how dangerous and audacious it was in the eighteenth century for men like Jefferson and Washington to announce that they, upstart farmers living on the far periphery of the English empire, knew better how to govern than King George himself. On paper, the Continental Army had virtually no chance of beating the greatest military in the western world. The men who signed the Declaration of Independence pledged away their lives, fortunes, and sacred honor. Seeing that through took lifetimes of sacrifice and resolve.

Q: What values did the founders share?
A: Though several became bitter rivals who carried their enmity to the grave, they did share many foundational values: they idealized education, civic virtue, financial independence, rationalism, self-determination, and seeking the common good in civic life. Perhaps most fatefully, though, they all remained unshakably committed to racial slavery, which made their families wealthy, white citizens in their Republic free and equal, and their Revolution fatally flawed.

Q: Did the children of these men tend to follow their fathers into public life?
A: That varied wildly. The Jefferson grandchildren devoted themselves to cleaning up his image for history. They, as well as Dolley Madison, worked to make these men’s writings available to the public. Several of Patrick Henry's and George Mason’s sons served admirably in government and ran successful businesses. But no matter how much they achieved, they could never get out of the shadow of their fathers, the founders. Even the obituaries of the most successful of the founders’ children focused on their famous ancestors.

Lorri Glover is John Francis Bannon Endowed Chair, Department of History, Saint Louis University. She is author of four previous books on early American history, including The Shipwreck That Saved Jamestown. She lives in St. Louis, MO.
Read more
Start reading Founders as Fathers on your Kindle in under a minute.

Lorri Glover teaches at Saint Louis University, where she holds the John Francis Bannon endowed chair in history. She has written extensively about early America, from the seventeenth century to the nineteenth. Her most recent works include Eliza Lucas Pinckney: An Independent Woman in the Age of Revolution, and, with Craig Thompson Friend, Reinterpreting Southern Histories.

4.4 out of 5 stars
4.4 out of 5
15 global ratings
How are ratings calculated?
To calculate the overall star rating and percentage breakdown by star, we don’t use a simple average. Instead, our system considers things like how recent a review is and if the reviewer bought the item on Amazon. It also analyzes reviews to verify trustworthiness.
Top reviews

Patsy Lawrence
5.0 out of 5 stars A woman's perspective on our Founding Fathers; extremely rare and enlightening.
Reviewed in the United States on August 15, 2018
Verified Purchase
Kudos to Lori Glover, she is now on my short list; a great informative easy read. Why is this? The first, last, and only period account written by a female historian that I recall and I have read many. How many female authors of American History has this country produced? Too few. American historians are white and male; their accounts likewise. The accomplishments and legacies of women, Native Americans, and African Americans have been dismissed and ignored.
Read more
Helpful
Report abuse

Frank A.
2.0 out of 5 stars I think this would have been a better long article in Smithsonian Magazine
Reviewed in the United States on April 1, 2015
Verified Purchase
The content is repetitive. How many times do we have to be told that these "cohorts" took their legacy and family responsibilities seriously? I think this would have been a better long article in Smithsonian Magazine.
I also object to paying $14.99 for a kindle book that is so poorly edited. I don't know who digitized this book, but I don't think english is their first language. The word 'I' spelled 'i' everywhere. The country of England not capitalized. George iii is not the same as George III. Victory in the var for Undependence (location 1638). I am only referring to the errors in the narrative, and not original quotations. I certainly hope the hardcover edition was proofread properly. all the errors are very distracting to the narrative.
As I understand it, the writer is a professor. If she received this kind of sloppy work from a student I would think she would return it to the student with a 'D' grade. And I would think she would be embarrassed to put her name on such an unprofessional publication.

Solomon Slade
4.0 out of 5 stars Listen Clearly and You Will Hear
Reviewed in the United States on April 1, 2015
Verified Purchase
OK, so let me say I had a hard time sticking with this book—at first. It was not exactly what I would call a page turner. Some phrases or similar ones at least are over-repeated, and I had to get beyond that but I will add that each chapter, if not each page, advanced the dialog to the point where I said to myself, This has got to get better!
Then, probably about one quarter of the way through, I began to see the progress the author was taking it through, and then I got into the book (I don’t think I need to explain that turn of phrase).
I began to see much of what the founding fathers’ hopes and dreams for their families, their country, and their legacies were. I took note of how some things just don’t change in comparison to this very day. Take Jefferson for example. He had great dreams for future generations, beginning with his own family, as did Washington and Madison, Henry, and Mason, yet they lived to see disappointment in those dreams as their idealized hopes could not, and would not stay true.
I learned that in spite of all they did to ensure the happiness of their kindred folk, the descendants brought humiliating disgrace through addiction, dysfunction in household affairs, criminal behavior, and a total lack of virtue.
At times, I felt pangs of sorrow for these great men of history, and other times I shook my head in wonder at the double standards to which they held themselves exempt, especially in regards to slavery. But it is what it is, as the expression goes.
I think you will like this book and suggest you stick with it. You will then appreciate the ebb and flow of the story line and learn so much about our founding fathers, the real sacrifices they made for the betterment of mankind, their dreams, sorrows, their lifestyles, and even some salacious events in their private lives. How each was aware of his place in history and what each man and his family did to secure that belief are presented vividly. The book separates fact from fiction, truth from lies, and it raises these men in your eyes and hearts as men of immense vision and intelligence and courage.
They were men of the Enlightenment, embodying the age’s ideals, who steered a new country through turbulent times. They were also very human souls with aspirations of fathers, husbands, grandfathers, and politicians.
Lorri Glover has given us a new way of seeing and understanding our heroes.
Robert N. D’Amato
San Bernardino, CA
Read more
One person found this helpful
Helpful
Report abuse

Virginia Timmmons
2.0 out of 5 stars More like a text
Reviewed in the United States on April 26, 2015
Verified Purchase
Overwritten. More like a text book
Read more
Helpful
Report abuse
See all reviews
Back to top
Get to Know Us
Make Money with Us
Amazon Payment Products
Let Us Help You
EnglishChoose a language for shopping. United StatesChoose a country/region for shopping.
© 1996-2022, Amazon.com, Inc. or its affiliates