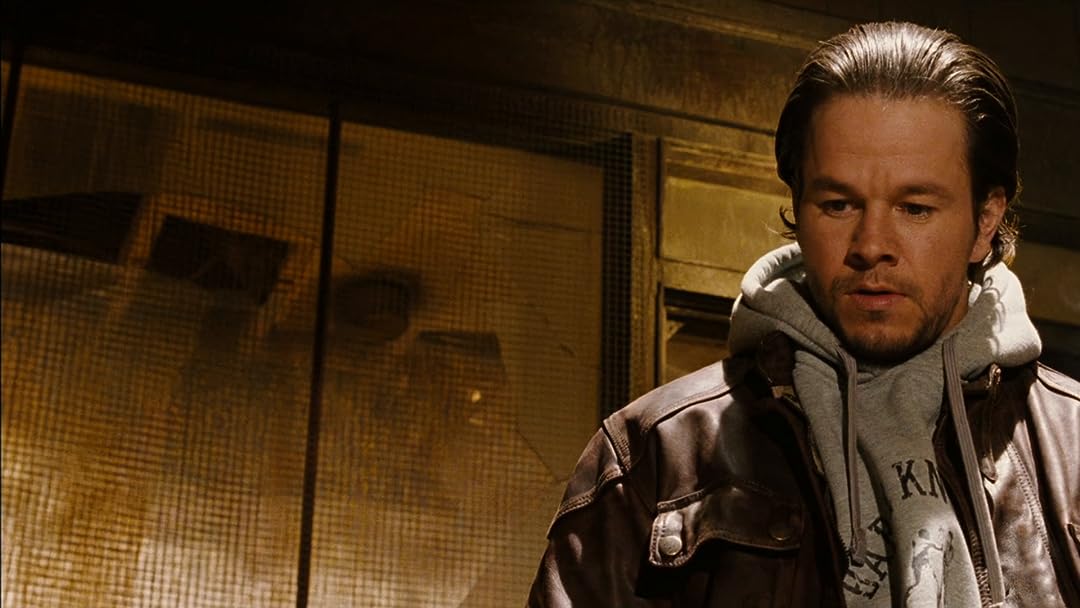 (6,305)6.81 h 48 min2014X-RayR
Mark Wahlberg stars in this action drama about four adopted siblings from a tough Detroit neighborhood who reunite for the funeral of their mother and discover that her tragic shooting during a store robbery was no accident.

joel wingReviewed in the United States on September 8, 2020
3.0 out of 5 stars
Family ties overcome differences between brothers so they can avenge their mother
Verified purchase
Four Brothers was directed by John Singleton as a crime drama featuring four anti-heroes. They were the adopted Mercer brothers Bobby (Mark Wahlberg), Jeremiah (Andre Benjamin), Angel (Tyrese Gibson), and Jack (Garrett Hudlund). They hadn’t seen each other for a while but were brought together after their mother was killed in a convenience store robbery. They decide to seek out her killers and get their revenge. That brings them into conflict with local gang boss Victor Sweet (Chiwetel Ejiofor) and Lieutenant Green (Terrance Howard). The story is about how loss can overcome the differences between the brothers.

The movie sets up a comparison between the Mercer brothers and Sweet’s gang. The Mercers despite always bickering all have a bond that keeps them together. Sweet on the other hand constantly insults his gang and demeans them. One time he gets mad at one of them, knocks his dinner on the floor and makes him and his girlfriend eat it up. Even though the Mercers were no angels Singleton sets them up to be far better than Sweet.

Four Brothers turns out to be an effective crime flick. The Mercers end up shooting their way through half of Detroit to get to their man. Even then it seems like they’re outmatched, but their family ties helps them overcome the odds.

Hee Chul KwonReviewed in the United States on June 8, 2021
1.0 out of 5 stars
I think what I've got is a pirate version
Verified purchase
I just asked the amazon to refund it and I got the money back.
But I have to tell you.
When it came, it was not wrapped and it was not new.
Carefully looking at the art work, I figured out that it was not the original art work and was being cut.
Also the print was not as clean and sharp. I figured out that someone have had printed from the original art work.
And also the disc seems to be a copy version from the original disc.
The picture and sound quality was ok, but still I feel that the whole product was a pirate version.
I am very upset although I got the refund but have to repurchase it.

1. The product description says it's new but was opened and white taped in a low quality.
2. The disc and the artwork seem not original. It must have been copied illegally.

Bud RiggsReviewed in the United States on May 4, 2020
1.0 out of 5 stars
Wrong description on the last 2 minutes.
Verified purchase
I want a refund! The only reason I purchased this was to view the full and complete ending of the finale Suorano's, episode never to return until... Well, I can't say if AJ can come back to replace is dad as the head of the family. Or does "T" watch his family be gun down only to realize it was his his lifestyle that actuality killed them. The last two minutes left off your program and I look on the extras and it said "view the last two missing minutes" and I pay. And I watched it for the third time and nothing. I want to get one-month unrestricted movies for zero dollars. My only other option is I close my account. This happened a few days ago. I'm not acting out of anger or rage rather just wanting to be made to know that all the small things that happen really do pile up. And so, for all of the piles I'm asking for unlimited movies for a 31 day period.
2 people found this helpful

Amazon CustomerReviewed in the United States on August 6, 2021
5.0 out of 5 stars
Watched it a dozen times. Movie is absolutely great. This is who gave less than 5 stars...
Verified purchase
90% people complaining about their purchase or similar. I still get amazed how many regular people are actually simple and challenged, not able to realize this is just a review for the movie. Happens to every good movie and there is no hope lmfao. The few others expected drama or something. One guy said it was too much gangster for his taste. All in all, a really great movie that never got old since the day it came out. Which is when I watched it the 1st time.
One person found this helpful

Student for LifeReviewed in the United States on May 20, 2021
2.0 out of 5 stars
Too gangster for my taste.
Verified purchase
Four boys group up with their adoptive mother who is murdered at a store robbery. They come back acting like big 'gangstas' to revenge their mother. You would think that there are no cops in Detroit as these men run around shooting and slapping people without a police response. Marky Mark has done better films than this one.

E. MathewsReviewed in the United States on December 22, 2010
4.0 out of 5 stars
Good stuff...a little more development
Verified purchase
I'd have liked to see some more character development, and I need to watch again to understand the ins and outs of the dirty cop stuff. I was left wanting to know more about the brothers and their backgrounds and their mother as the person who took them in. The movie was short, so there could have been time.

But other than that it was fantastic. I love the "water can be thicker than blood" concept. The brothers were charming and funny and yet you can't ignore their pasts and you wonder (at least in the case of Bobby) what they were up to right before their mother died. Where was Bobby living, for example? Was Jack living with the mother? We know Angel was in the Army and we know about Jerry.

The brothers' banter and love was adorable and touching, as were tough guy Bobby's tears and Jack's sensitivity.

The bathroom scene was gasp-with-laughter. I will die a happy woman now that I have seen Mark Wahlberg taking a crap onscreen.

Lots of shooting (which I had no problem with), which is par for the course for the amazing John Singleton, who was ROBBED of an Oscar for Boyz 'n the Hood. Loved seeing him take the action from the sunny streets of LA to freezing Detroit.
7 people found this helpful

S BisseyReviewed in the United States on August 31, 2019
5.0 out of 5 stars
one of Wahlberg's best
Verified purchase
They cast this movie to perfection and the actors were outstanding in their roles. It was easy to become invested in these characters because no matter how violent they were, you could see the bond and the love between them. This is the gift Evelyn gave them and they were going to avenge her.
I'd give this a PG-15 rating for language and violence and mild sexual references.
4 people found this helpful

EmeraldsOnlyReviewed in the United States on February 8, 2014
4.0 out of 5 stars
Good characters and a movie packed with action...
Verified purchase
I enjoyed this movie a great deal. It reflects alot of love and loyaly of family and the means they utilize to avenge the death of the mother who adopted and raised these boys as her own. They are brothers in the deepest sense, in the heart and minds of each others own person, despite the obvious differences in their backgrounds and how they come to be a family. Their love of their mother and of each other and their loyalty to those feelings and emotions displays a true bond of family. That is highlighted throughout the movie by the brothers and the moves made to find and hold the killers accountable using their own brand of justice.
Alot of violence as well as love and loyalty of family...
4 people found this helpful
See all reviews
Back to top
Get to Know Us
Make Money with Us
Amazon Payment Products
Let Us Help You
EnglishChoose a language for shopping. United StatesChoose a country/region for shopping.
© 1996-2021, Amazon.com, Inc. or its affiliates