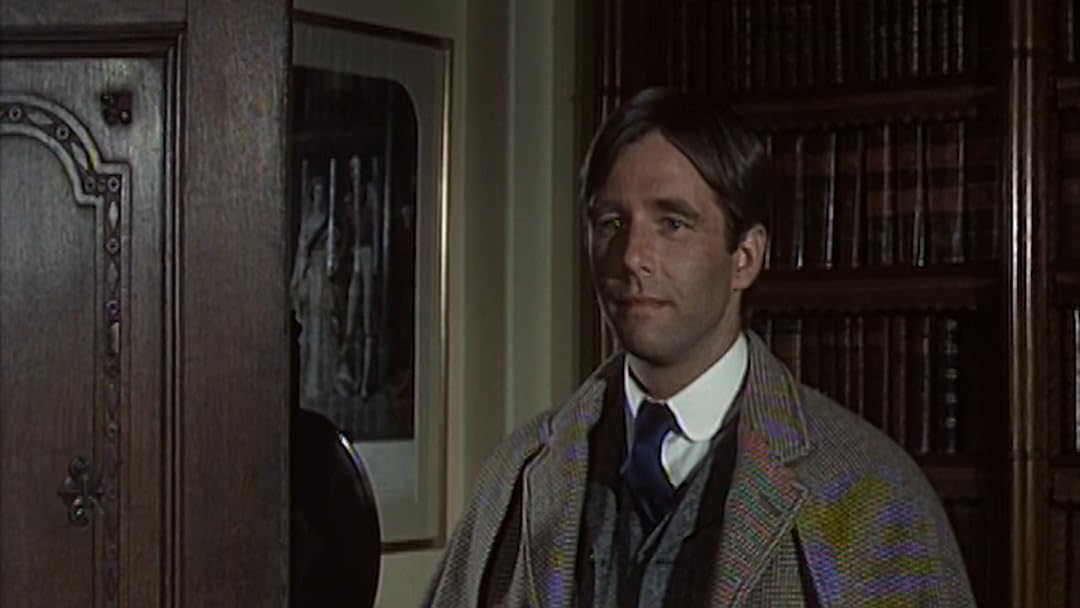 (89)
1 h 40 min1978NR
When British Lieutenant Faversham resigns his commission rather than fight in the 1882 Sudan war, his army pals present him with the four white feathers of cowardice.

Watch with Shout! Factory TV
Start your 7-day free trial
Add to
Watchlist
Redeem a gift card or promotion code
By ordering or viewing, you agree to our Terms. Sold by Amazon.com Services LLC.
Write review

joel wingReviewed in the United States on March 19, 2021
1.0 out of 5 stars
Completely racist take on Sudanese war & too much melodrama with Jane Seymour
Verified purchase
Four Feathers was a 1902 book which was made into several movies. This the 1978 version which was the sixth. It features Beau Bridges as the main character Harry. He resigns despite a call by his army regiment to mobilize so that he can marry Jane Seymour. Instead he gets four feathers from her and his three regimental friends as a sign of cowardice. To make matters worse Seymour decides to be with one of Bridges’ friends before he ships out for war. The story is about how Bridges can restore his honor.

The first problem with the movie is that they have a white actor doing blackface to pose as an Arab. Second the movie is about the Sudan War so they have white guys playing the Sudanese and give some of them ridiculous giant afro wigs along with painting their bodies black. It’s like the guys walked out of a Disco club and into the desert to fight the British in the 1800s. On top of that the ones with afros carry spears instead of guns like the other Sudanese fighters. The implication being that Africans can’t use guns because they’re primitive. It was 1978 and there was no excuse for this racist move of not hiring a single black actor. Last there’s too much melodrama with Seymour for my tastes.

The one part of the movie I did like was Bridges with his father at the end otherwise this was not to my liking.

SolohanReviewed in the United States on January 19, 2019
2.0 out of 5 stars
Get the 1938 Version
Verified purchase
This would be an OK movie if it was original, however it is far inferior to the 1938 version which had a far more interesting plot, better cinematography, better acting, better scenery, and a better denouement. To my mind there is no comparison.
10 people found this helpful

Poodle StandardReviewed in the United States on January 11, 2021
5.0 out of 5 stars
A favorite for sure
Verified purchase
Loved it decades ago ... love it still. Wakes up that romantic side of you. Reinforces that courage lies within all of us. Jane Seymour a dream girl at every age. Of the several movie versions this is my favorite. BTW- read the book when you get a chance.

JayArrReviewed in the United States on December 8, 2013
5.0 out of 5 stars
Great movie!
Verified purchase
I first saw this story as a made-for-TV movie original release and really enjoyed it. I have a fuzzy, home-recorded VCR version which is a TASK to watch, but until I got this one into my Amazon video library, it was all I had. Now, I have a crisp, clear, easy-to-watch and easy-to-listen version. It has something for everyone - romance, action, psychological overtones - the works! As far as I'm aware, this is the third version, the first being a silent movie, the second from the late 1930s, and this one. Going through three versions, much like the Zorro legend or Robin Hood, pretty well guarantees a pleasing story line. I recommend it highly.
2 people found this helpful

Amazon CustomerReviewed in the United States on February 13, 2019
1.0 out of 5 stars
Watch a different version.
Verified purchase
This is the worst of the three versions. The 1938 version is the best followed by Heath Ledgers version. They clipped out parts of start and other parts that were part of the character build up.. as well as how each of the characters had feathers returned. I’m great full I saw this version last..I might not have seen the other two for it.
4 people found this helpful

neldaReviewed in the United States on July 9, 2019
4.0 out of 5 stars
Grand entertainment !
Verified purchase
Loved the casting and the way this famous story was told in this "made for TV" adaptation. Many claim the 1939 version is best but I really liked this one.

Terry L ParmeterReviewed in the United States on November 28, 2018
5.0 out of 5 stars
Perfect
Verified purchase
All time favorite movie, Seymour and Bridges are excellent together.

ScootReviewed in the United States on June 3, 2019
1.0 out of 5 stars
poor version of a good story
Verified purchase
Acting/directing and script poor copy of earlier versions
2 people found this helpful
See all reviews
Back to top
Get to Know Us
Make Money with Us
Amazon Payment Products
Let Us Help You
EnglishChoose a language for shopping. United StatesChoose a country/region for shopping.
© 1996-2021, Amazon.com, Inc. or its affiliates