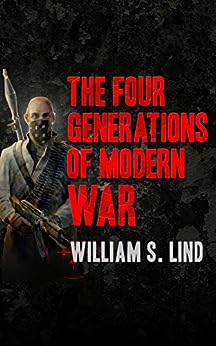 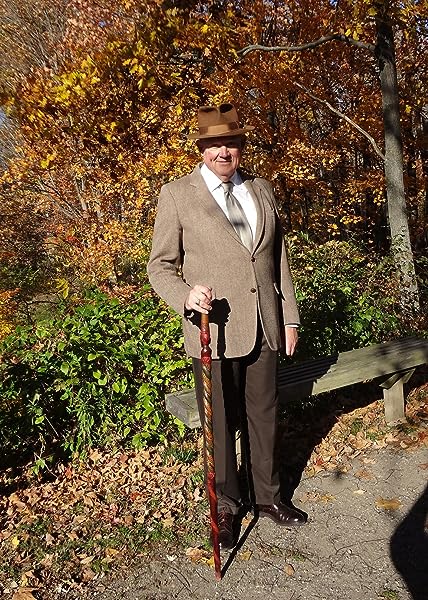 An Amazon Book with Buzz: "Punch Me Up to the Gods" by Brian Broome
"One of the most electrifying, powerful, simply spectacular memoirs I—or you— have ever read." —Augusten Burroughs Learn more
click to open popover

4.3 out of 5 stars
4.3 out of 5
56 global ratings
How are ratings calculated?
To calculate the overall star rating and percentage breakdown by star, we don’t use a simple average. Instead, our system considers things like how recent a review is and if the reviewer bought the item on Amazon. It also analyzes reviews to verify trustworthiness.
Top reviews

Walter W. Olson, Ph.D, P.E.
VINE VOICE
4.0 out of 5 stars The Fourth Generation of Warfare
Reviewed in the United States on December 1, 2020
Verified Purchase
This book took me about 30 minutes to read, but it was well worth the time. William Lind is a writer on military strategy and consulted with the US Marine Corps. His book, The Maneuver Warfare Handbook, is on the Marine Corps professional reading list. (I am currently reading that book.) He is also noted for his Conservative writings.

Lind's thesis is that there are four generations of warfare in the modern age, which, according to him, began with the formation of the Prussian state. The first generation was inward-looking based on well-defined rules of order, and routine practice of tasks like the 92 separate movements need to load and shoot a musket. Assaults were en masse in linear lines. The US Civil War illustrated the first generation's deficiencies and led to the second generation of warfare.

During both the first and second generations, thinking and initiative were squelched and considered dangerous. The military was centralized and inward-focused versus a decentralized military that is outward-focused and prizes initiative. The worst mistake a soldier or officer could make was to do something different from their commanders' expressed and detailed orders. The object of warfare was to close and destroy the enemy forces. This could only be achieved through better disciple and more resources.

The third generation of warfare broke the object of "close and destroy enemy forces" by making the objective to "bypass and collapse the enemy forces." This was performed by finding gaps in the defense, exploiting these to get behind the enemy forces to interdict the enemy forces' lines of communication. The Germans developed these concepts to support "Blitzkrieg" during World War II. In this warfare system, troops' leaders had to have more initiative to find the gaps in the enemy lines and exploit them as the opportunities become available. This was the start of "Maneuver Warfare."

Nation-states fought the first three generations. Warfare did not exist separate from the state. The fourth generation changed that: non-national organizations were now fighting. The objectives of warfare changed, also. Whereas warfare was dominated by destroying or making ineffective enemy forces, warfare's new objectives are to change societies rather than defeat their military forces. It is insurgency: the US military, led by its civilian leaders, locked into concepts of the first three generations of warfare, do not understand the fourth generation of warfare. The proponents of the fourth generation do not obey the rules of the previous generations of warfare. They do not fight the way that the US leaders expect them to fight. They use terrorism with all of its psychological baggage to achieve their objectives.

There is a point made here: what the US military considers as the keys to winning, they are locked into second generational warfare. These keys do not produce victory against opponents using later concepts of warfare.

fitzalling
VINE VOICE
4.0 out of 5 stars The Wheel of Time turns and the old becomes new
Reviewed in the United States on December 25, 2014
Verified Purchase
This is a speech and not a book. I found it thought-provoking, but, since it is a speech, some of it was a little terse (hence 4 stars).

The author's thesis is that modern war began with the Treaty of Westphalia in 1648 where Europe arrogated the power to conduct war solely to the state. Since the state maintained order, war required order as well. Hence, marching, saluting, uniforms, and other customs and practices commonly associated who the military came into use.

European armies during the first generation consisted largely of soldiers who didn't want to fight and mainly wanted to desert. The second and third generations of war mutated into being by technological changes (the battlefield became much more lethal) and social changes (armies came to have many more soldiers who wanted to fight). World War II may represent the apex of war conducted by states.

Many non-state actors with grievances, or at least a desire to fight, have drawn the lesson that to fight a competent state military on its own terms is a loser's game. So, the fourth generation of war is arising. Technology is broadly disseminated and increasingly cheap so non-state actors can duplicate many advanced military capacities. As in the days before the Treaty of Westphalia (the old becoming new), war may be waged by parties other than the the state.

The author considers how state militaries should respond to this changing environment. If you have an interest in military history and strategy, I believe that you will find this worthwhile.
Read more
8 people found this helpful
Helpful
Report abuse

Difster
5.0 out of 5 stars Read and Prepare!
Reviewed in the United States on November 17, 2014
Verified Purchase
A short book but a real eye opener. This is a must read for every American and European that thinks we are prepared to deal with terrorism in world where the military answer to war is to through more hardware and men at the problem.

In this lecture, Lind calls the modern military on the carpet, and berates them for being the fatbody private that can't keep up in PT.

I rated this book 5 stars because it was so succinctly able to get the point across and leaving me hanging on until the 4th Generation Warfare Handbook is released next year.
Read more
13 people found this helpful
Helpful
Report abuse

CliffB
5.0 out of 5 stars A Particularly Insightful Speech
Reviewed in the United States on April 24, 2020
Verified Purchase
It's a brief book, so read it if one wants to understand the modern world of conflict and the enemy we face. I can't describe it with the quality and as precisely as does the author. As a former Navy Officer, in my opinion all military officers and senior NCO's and Petty Officers should be required to read this book / the transcript of this speech.
Read more
Helpful
Report abuse

TMoul1
5.0 out of 5 stars Informative - applies equally to the challenges faced by law enforcement today.
Reviewed in the United States on January 21, 2016
Verified Purchase
The Four Generations of Modern Warfare is a must read for anyone interested in understanding why our military action in places like Iraq, Afghanistan, and now Syria are not producing the traditional decisive results like those produced after World War II. We are fighting culture, religion, and history. If we continue on this path we are destined to lose.

4GW has also arrived here for our nation's law enforcement. The recent events in San Bernardino are proof its here, and it will only get worse. At the same time law enforcement is losing the public relations battle with the public. The police-public relationship is at its lowest point since the late 60s and early 70s.
Read more
One person found this helpful
Helpful
Report abuse
See all reviews

Nick Roberts
4.0 out of 5 stars A superb introduction to Why We Lose Wars
Reviewed in the United Kingdom on September 15, 2015
Verified Purchase
Superb introduction to 4 gen war, concerning which the author is the world leader. It's the text of a speech to US military officers and a good, quick read. Interesting alone for the historical context about the evolution of the modern state's practise of war and a brief, tantalizing look at what a full exposition of the 4 gen war theoretical be. Hint, the theory concerns, variously; how the planet's most powerful and richest armed forces keep on floundering in the face of brutal savages committed to really nasty forms of government but that are armed with weaponry little more sophisticated than that available during the Spanish Civil War, and why the most powerful nuclear defence system devised is now serving the head-chopping brutes of ISIS and friends to expand their crazy across the Middle East, Europe and America.
I give only 4 stars because it's little more than a very good monograph, though I understand the publisher Castilia House will be bringing out a full-scale 4gen war manual/book soon. Count me in.
Read more
Report abuse

Bee
4.0 out of 5 stars Good read
Reviewed in the United Kingdom on March 13, 2019
Verified Purchase
But much shorter than I expected, decent overview
Read more
Report abuse

Scott Osmond
5.0 out of 5 stars A Good Primer
Reviewed in Australia on July 3, 2015
Verified Purchase
This is a short piece but it packs a lot of information. Ever wondered why the West is doing so badly fighting terrorism? why with the best tech and training clowns with ak47s are seizing ground? This lays out the frameworks in which each combatant is working with.
Read more
Report abuse

Konrad von Finckenstein
3.0 out of 5 stars Quick summary of the concept.
Reviewed in Canada on December 22, 2016
Verified Purchase
Short, concise and to the point. But nonetheless a useful survey of the author's theory. A worthwhile read for any military or security person.
Read more
Report abuse
See all reviews