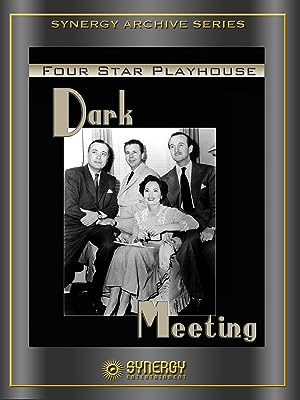 (7)
7.825min1952NR
Also known as "Star Performance," this series featured four rotating stars - Charles Boyer, David Niven, Ida Lupino and Dick Powell - in individual episodes consisting of everything from comedy to drama. In this episode, the operator of a bowling alley has trouble with her customers.

SociologyReaderReviewed in the United States on September 19, 2020
4.0 out of 5 stars
Worth watching -- good story
Verified purchase
Amazon Prime has a few of these "Four-Star Playhouse" episodes available for free viewing Altogether, it seems that there were several dozen episodes broadcast from 1952 to 1956. Each episode featured one of its key players, one of whom was Ida Lupino. This is a taut 25 or so minute episode featuring Lupino as a bowling alley owner, with an interesting character who wants to work for her. Who is he? Why is he so interested in connecting with her? Is her life in peril? It's worth a half hour of one's time to find out. Not 5-star quality for me, but a good story.

AwlwazReadinReviewed in the United States on February 13, 2014
4.0 out of 5 stars
First time I have watch Four Star Playhouse and will look for more
Verified purchase
Ida Lupino was such a great woman and a first to be a female Hollywood director. I had never heard of this series, but was glad to find out about it. This was a good movie and I did like it. Tame, most certainly by todays standards, but a good little thriller. This series had a rotating cast so there are others I have bookmarked. Only runs 25 minutes.
One person found this helpful

Amazon CustomerReviewed in the United States on October 23, 2015
2.0 out of 5 stars
Two Stars
Verified purchase
Don't bother with this one.

byarborReviewed in the United States on September 7, 2015
3.0 out of 5 stars
Three Stars
Verified purchase
👍

RobinReviewed in the United States on October 13, 2013
5.0 out of 5 stars
Engrossing short drama, well acted and riveting
This twenty-five minute play about a bowling alley owner, who hires a creepy, but handsome young man, is more spellbinding than many suspense movies. Ida Lupino plays the friendly, well meaning manager who takes a chance hiring a guy, Nolan Leary, who seems just a little too intense about everything.

There's not a lot of plot in this drama, but there's so much character development that we're completely engrossed. Lupino' a "swell gal" with a local boyfriend. She's nice to the guy who runs the concessions, and the down on his luck boozer who watches the games bums cigarettes off her regularly. She's also smart enough to know when a guy is just not right. Lupino's nervous reactions to Nolan will be familiar to any woman who's dealt with an undefinabley threatening man, when there's nobody around.

Nolan knows just how to play this part, a bit like a young Christopher Walken, he's got that combination of intensity and withdrawal that brings on chills. The supporting players in this drama are all spot on and we like ther characters as much as we distrust Nolan's.

This is a terrific short piece. The film itself needs some restoration. The music has that wavering early TV sound and the lighting could use some help. Maybe not though. This is a dark meeting, after all.

7 people found this helpful
See all reviews
Back to top
Get to Know Us
Make Money with Us
Amazon Payment Products
Let Us Help You
EnglishChoose a language for shopping. United StatesChoose a country/region for shopping.
© 1996-2022, Amazon.com, Inc. or its affiliates