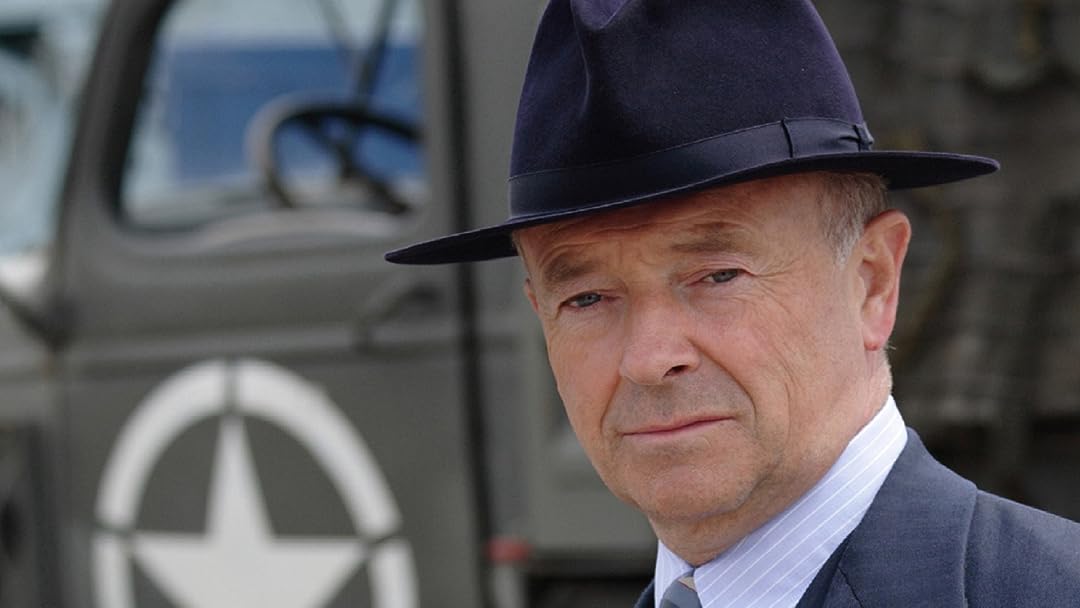 lawyeraauReviewed in the United States on March 15, 2017
5.0 out of 5 stars
A FIRST RATE PERIOD DRAMA...
Verified purchase
This PBS Masterpiece Theatre Mystery series features Michael Kitchen, who gives a bravura performance as Deputy Chief Superintendent Christopher Foyle. It takes place in the southern, coastal English countryside in 1940 during the early stages of World War ll.

While war is raging in England, Deputy Chief Superintendent Foyle goes about solving murders. All of the murders seems to relate in some way to the war effort, which makes it doubly interesting.

This is a period drama, and it definitely maintains an authenticity of time and place. In this regard alone, it succeeds brilliantly. It has none of that artificial, highly stylised Hollywood type sense of what the period should look like. Rather, all is as it should be. Everyone looks perfectly natural and comfortable in their period clothing and setting. The setting really does harken one to the 1940 English countryside and wartime England, and the social mores of the time are observed. This period drama most definitely gives the viewer a sense of what life must have been like during that dark and troubling time.

The supporting cast is terrific, overall. Most notable, however, is Honeysuckle Weeks, who plays the role of Samantha Stewart, a vicar's daughter and Foyle's young driver. She infuses the role with innate decency and infectious enthusiasm. The very handsome and talented Julian Ovenden is perfectly cast as Foyle's son, Andrew, a Royal Air Force pilot. Anthony Howell is also excellent as Sergeant Paul Milner, a disabled war veteran who returns to police work, assisting Deputy Chief Superintendent Foyle with his investigations. It is without doubt, however, that Michael Kitchen is the star of the show, with an understated and beautifully nuanced performance in the lead role.

There are four episodes in this season, and there are nine seasons. So, if one enjoys season one, there are many more seasons to which to look forward. I know I am, as I love this series.

MifavoritethingsReviewed in the United States on August 21, 2017
5.0 out of 5 stars
Intriguing storylines, great acting, and fantastic stage setting.
Verified purchase
I think Michael Kitchen personifies the emotionally intelligent and compassionate detective role really well, and with a great sense of humor. The supporting cast is also fantastic. I also enjoy the historic references woven into the stories. While the backdrop of World War II casts dark and heavy tones to the overall feel of the series, the sense of humanity and justice lend tremendous uplifting value, and make even the most depressing episode palatable.
21 people found this helpful

Dawne CaldwellReviewed in the United States on October 24, 2017
5.0 out of 5 stars
Liked this series very much.
Verified purchase
I enjoyed this series immensely! The last few episodes were a little disappointing, though in my opinion. Michael Kitchen is a superb actor, I never got bored or disinterested in the stories. I was a child during the second world war living in San Francisco. This series brought back memories of the 40's and this series opened my eyes to the reality of the agonies of the war in England.
15 people found this helpful

Beau LouisReviewed in the United States on December 2, 2012
5.0 out of 5 stars
INCONSOLABLE!
Verified purchase
I am INCONSOLABLE because I have just watched the final episode of 'Foyle's War'. I have watched so much FW over the past three weeks (was hooked on the first episode) that I am getting confused and starting to believe that Christopher Foyle, Sgt Milner and spirited 'Sam' are actually my family! I really wish they were. Sure, the plots to Foyle's War are intelligent, engrossing, and full of lovely twists and the period recreation is absolutely perfect, but it the central characters that hook you in; the wise, laconic Foyle, the brave Sgt Milner, and the daffy and delightful Sam Stewart become very 'real' very quickly, and curling up with an episode of "Foyle's War" is like sitting down to tea (or the cheeky glass of scotch oft-favored by Foyle) with old - and charming - friends.
32 people found this helpful

Bama FanReviewed in the United States on October 18, 2012
5.0 out of 5 stars
Extremely good drama
Verified purchase
I came upon this series totally by accident. British television seems to be producing the only thought provoking drama these days. Foyle's War is subtle yet projects the complications of WWII without over simplifying. Detective Foyle is a man of high principles and a strong sense of right and wrong. There are even religious overtones in the episodes I've watched so far and shows the hideous, sometimes subvertly evil intentions of those who would sympathize with the Nazi invaders of London. Foyle stands his grounds on his principles as he goes about his detective work never wavering in his solid belief that what Germany is up to in WWII is nothing but evil. The drama is so understated yet poignant. This is what I love about British TV. You'll be riveted.
8 people found this helpful

redroseReviewed in the United States on October 21, 2019
5.0 out of 5 stars
Great series!
Verified purchase
I loved the series and wanted to get all the discs, but couldn’t afford it just then, so I got this package of four discs and that will suffice until I can get the entire series.
3 people found this helpful

Amazon CustomerReviewed in the United States on February 28, 2020
1.0 out of 5 stars
Could not Watch
Verified purchase
The sound was constantly interrupted and broken, which made it impossible to watch when we were only getting every other word. We only could get through 10 minutes before it became so frustrating we had to turn it off.
2 people found this helpful

Pat RossReviewed in the United States on June 14, 2022
5.0 out of 5 stars
Foyle’s war
Verified purchase
Excellent series in Brit Box! Michael Kitchen is so excellent in this role. Recommend this super highly!
See all reviews
Back to top
Get to Know Us
Make Money with Us
Amazon Payment Products
Let Us Help You
EnglishChoose a language for shopping. United StatesChoose a country/region for shopping.
© 1996-2022, Amazon.com, Inc. or its affiliates