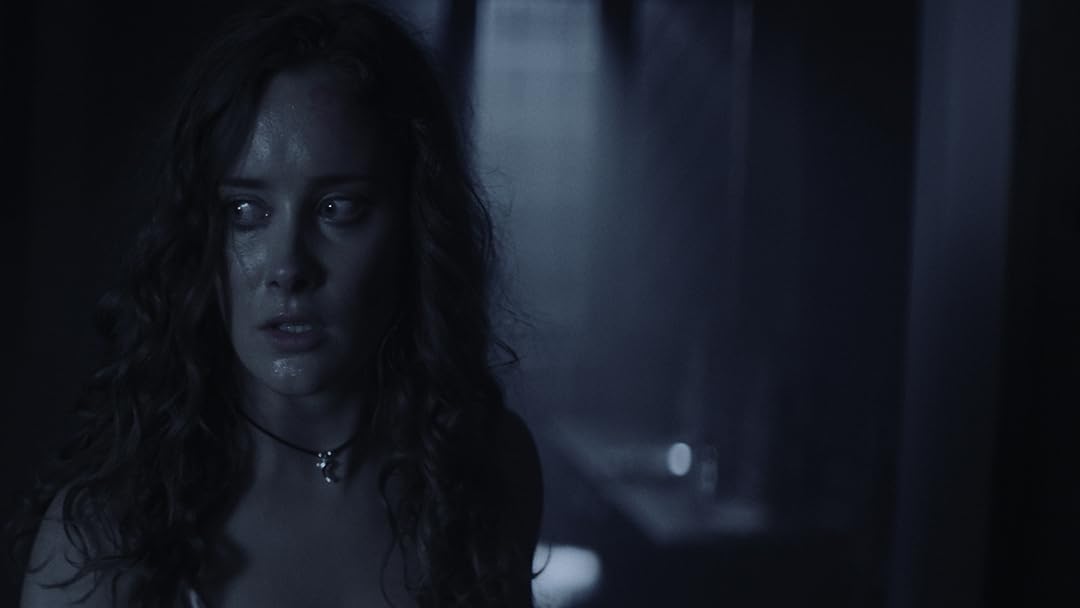 (133)
5.71 h 18 min201816+
When a tyre blows on the way to a romantic countryside getaway, Rebecca and Michael sense someone is watching. The only people they encountered along the way were friendly strangers Freyr and Alva who gave them a lift. But their holiday home becomes a terrifying prison as they are tortured by something or someone outside.

A. MortonReviewed in the United States on November 10, 2018
5.0 out of 5 stars
Well huh...
Verified purchase
I watch almost nothing but horror movies and I thought I was too jaded to pay attention to things without a lot of ratings. Not a big budget, but for what it is, it's a nice departure from the norm, it's not that often I perk up midway through a film and hang on through the end. I don't want to give spoilers, so I'll just say it's well acted and written, and it is worth watching if you're a fan of the genre.
26 people found this helpful

a_gurl_knows_thingzReviewed in the United States on December 16, 2018
1.0 out of 5 stars
Yawn
Verified purchase
Fractured is not a horror film. It’s one of those “mind bending” movies and not a good one at that. I was annoyed by this film because the entire film was shot in obscured light or the dark so everything is shadowy and hard to make out. I may be jaded since I’m a fan of true horror movies. If you’re not used to real horror films this one might scare you or surprise you. I thought it was dumb and a waste of time.
18 people found this helpful

kateTaylorReviewed in the United States on January 18, 2019
5.0 out of 5 stars
From a Professional Film Reviewer ...
Verified purchase
Without giving anything away, at first, I was convinced we had the English version of High Tension here.

Imagine my surprise when I was mistaken.

Anyone that says this film has not EVERY SINGLE COMPONENT of a well-crafted flick; or, that the execution wasn't near flawless, is just a cranky or jealous fob.

GOOD story is about two things: Nuance and No Loose Ends.
"Fractured" accomplishes both brilliantly.

As far as cinematography goes, again, much higher marks from me than the dolts below who HAVEN'T gone to film school.

TOTALLY worth a foggy-weekend-morning-in-bed-with-a-hot-cuppa watch.
I look forward to more from all involved in this production.

Chris330rReviewed in the United States on February 17, 2021
2.0 out of 5 stars
Don't bother
Verified purchase
It tries too hard to be clever by showing things in a non linear timeline. For the first 40 minutes or so, we see nothing but a couple of boring, unlikable people heading to a house in the woods and bickering with each other.
From the get go, you feel that these two people are weird and not normal. And they're certainly not likable in the slightest. In fact I hated these two people long before the reveal came to show who and what they actually were. At the 40 minute mark is where things pick up....but only for a bit though.
Bad things happen (I won't spoil)---and then we go back to the beginning, and the film replays the first 40 minutes again from a different viewer perspective. It should work, but it doesn't at all and fell with a huge thud for me.
I love both horror and revenge stories, but this was shown in a way that tries too hard to be clever with the non linear telling of the story. Had it been told in a linear way though, it still would be just 2 stars for me because in the end...there's just no point or motive for what happens. So who cares?
It's thankfully short at 1 hour and 18 minutes, but man those first 40 minutes feel like twice the length because it's so boring. I don't know why i'm even giving this 2 whole stars---probably because I managed to sit through it to the end lol. I don't recommend this one.

Mindy WillisReviewed in the United States on January 12, 2019
5.0 out of 5 stars
Not sure why this doesn't have almost a 5!
Verified purchase
I just watched this movie and actually wasn't one of my first choices, but have been off work for a few days and wanted to just watch movies late at night alone for once. Didn't really expect much as I always read reviews, I tell you all WHAT...this movie had such irony almost to the middle part of it, my jaw literally dropped. Yep, my mouth gaped wide open and in shock as I was thinking the attitude of the main female lead was completely right on as you see just how she really is. Thought the guy was the sweetest, most loving man. I will say that this is definitely a "must" see. I just loved how it all turned out and the shocking parts of it. Have told a few family members about this movie and hopefully they really will watch the movie, but in reality; a lot of people don't have extra time to just sit and relax while enjoying a movie without any disruptions. I did during the late nights and I completely, totally, absolutely recommend giving this movie a shot! Didn't want to spoil anything in the movie so just watch it!
4 people found this helpful

DavidReviewed in the United States on December 4, 2018
4.0 out of 5 stars
Nice Addition to the Revenge/Slasher Genre
Verified purchase
Read the reviews and thought I would give it a go. I was pleasantly surprised. Obviously not a big budget film, which I feel is more of an advantage these days. The acting is really good for a lower budget movie. It's hard not to say too much without ruining the movie, so just give it a watch.
8 people found this helpful

Matthew MilesReviewed in the United States on February 6, 2019
4.0 out of 5 stars
Must watch until the end!!
Verified purchase
Man, it will be very hard to write a review on this movie without any spoilers. But i will do my best.
While on the 1st half of the movie I thought this was going well. Once I reached the half I was confused and thought: "Great, this will be one of those weird movies, it wont have an end, how can they finish now with only half of the movie left and so many questions to be answered" Then 10 minutes after that I was very surprised with the new discovery/explanations of events and I was super interested to see how this was going to end! Is not the best thriller movie out there, but if is for free and you like thriller/revenge genre movies, is a must watch kinda movie!
One person found this helpful

N/AReviewed in the United States on June 17, 2020
3.0 out of 5 stars
Could've Been Better
Verified purchase
The movie was fairly boring to start with and I was figuring it wasn't gonna get but a star, however it turns around a bit and when it does it is well done. That being said though, this could have been executed much better. It really isn't a horror film at no point does it feel like one although it dresses itself in that manner. Honestly in retrospect the part that turned the movie around was really wasted on a sub par film. Acting is ok.