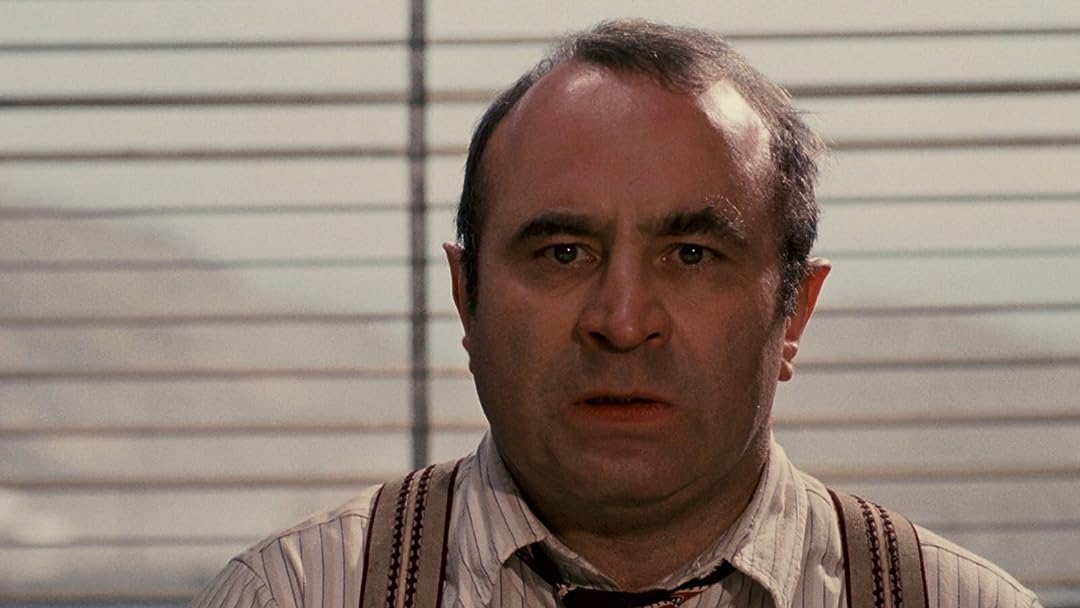 Lambie's MOMReviewed in the United States on June 30, 2019
1.0 out of 5 stars
POOR DVD FORMATTING - BLU-RAY DISC
Verified purchase
This (blu-ray) dvd was nearly impossible to view. NOT, the fault of shipper or of AMAZON! The (Blu-ray) formatting barely worked in conjunction with my dvd player, and the remote. Impossible to use the SUBTITLES and get the movie to play, together. Not able to fast forward, stop or reverse the Blu ray disc. Blu-ray disc, forced the watching of all the nonsense movie previews, advertising and other junk which went on and on. This formatting style of the Blu-ray disc in no way affected the quality of the disc or has any bearing on the quality of the shipper or AMAZON's quality. The movie was very difficult to get started and then once begun, made no allowances for anything but "proceed" forward. Once it finally got started, I was able to watch the movie. However, the difficulty in getting it to work at all, caused me to provide a poor review of the overall disc. Very, very difficult to use as a product, but ONLY due to the poor formatting as created by the Blu-ray manufacturer. Roger Rabbit and his gorgeous (Toon) wife (Jessica Rabbit), are as funny, voluptuous ("I'm not bad...I'm drawn that way!") and fresh as ever!! Bob Hoskins, is a delight. Mr. Hoskins, is so adorable and so made for the role of "Toon Detetctive"....that he is sorely missed in the acting world.
23 people found this helpful

Mike Billington author of Murder in the Rainy SeasonReviewed in the United States on March 19, 2017
5.0 out of 5 stars
A great film for adults and their kids
Verified purchase
A film noir detective story combined with cartoon characters just shouldn't work.
But this one does.
Brilliantly.
I first saw "Who Framed Roger Rabbit" in the theater more than 30 years ago and loved it. I only recently found it on DVD and, remembering how much I enjoyed it back then, decided to purchase it. So glad I did because, despite the fact it's three decades old, it hasn't lost any of its charm. It's funny, very well acted by the humans in the film, and just as fresh in its concept as it was back in the day.
The script has all the plot elements of a classic film noir movie from the Forties: A down-at-the-heels private eye, a long-suffering girlfriend, an intriguing mystery, and a villain worthy of the name. Set in Los Angeles just after World War II, it captures the glory of Hollywood in its heyday when the studios reigned supreme and movie stars were glamorous. It has classic cartoon characters woven into the storyline: Betty Boop as a cocktail waitress, Droopy Dog running an elevator, and Donald Duck and Daffy Duck playing piano at a nightclub are just some of the many cartoon characters that make appearances in this very clever film.
Charles Fleischer, as the voice of Roger Rabbit (and a few other characters as well) is brilliant and Warner Bros. legendary voice actor Mel Blanc brings his special talents to the film as well. The late Bob Hoskins, as the slightly seedy private eye investigating the murder of a man who sells joke gadgets, is great in the role. He brings just the right touch of humor to the role without overdoing it. Christopher Lloyd as the judge of Toontown is downright scary in the role.
The blend of animation and live action is seamless, which is pretty remarkable given the age of this film. These days we've come to expect that from filmmakers but 30 years ago there were very few studios that would have attempted to do it because of the expense, the time-consuming process, and the often-less-than-stellar results. Touchstone Pictures and producer Steven Spielberg are, in my opinion, to be congratulated for taking the risk as is director Roger Zemeckis for agreeing to helm it.
In summary: A great film with memorable characters, a lot of humor, and a movie that you can watch with your kids that is worth every one of 5 stars.

WEAK HEART 4 LIFEReviewed in the United States on March 19, 2019
5.0 out of 5 stars
CLASSIC FILM NO SPECIAL FEATURES SAME COVER AS THE VHS RELEASE HAD...
Verified purchase
I BOUGHT THIS BECAUSE I HAD THE SAME COVER ON MY 1988 VHS TAPE I RECEIVED FOR CHRISTMAS THAT YEAR. THIS IS THE 1999 DVD RELEASE FROM WHEN WHO FRAMED ROGER RABBIT FIRST CAME TO DVD. THERE ARE NO SPECIAL FEATURES NO ADDED FOOTAGE NO INTERVIEWS. THIS IS JUST THE MOVIE ITSELF PRESENTED IN WIDE SCREEN FORMAT. WHICH IS FINE. I DON'T NEED ALL THAT EXTRA STUFF ANY WAYS I JUST BOUGHT IT FOR THE FILM ITSELF. GOOD ENOUGH.
18 people found this helpful

CaptainHappyReviewed in the United States on July 13, 2019
5.0 out of 5 stars
One of the best ever made, don't let this artwork fade
Verified purchase
One of the most challenging accomplishments in animation history. It still holds up, and often out-performs modern competition.

Unlike many, it's a true work of art. As it was really the first of its kind (this level of interaction), there were few cost-cutting measures that compromise the artists' vision.

I'm an animation fanboy, but no film is good without a firm foundation in writing, acting and directing. Moreso than the animation, these elements are of the highest quality. Even the biggest, most accomplished films wish they had the charm and pacing of this story.

Don't let the price fool you, this is one of the best disks you can give to a kid, or kid at heart.
13 people found this helpful

joel wingReviewed in the United States on November 10, 2021
4.0 out of 5 stars
Saving the toons and LA's public transportaion from destruction in this comedy-Film Noir
Verified purchase
Who Framed Roger Rabbit? is an excellent mix of a hardboiled detective (Bob Hoskins) and a femme fatale Jessica Rabbit/Betsy Brantley from Film Noir with Disney and Looney Toon cartoons and comedy. The story also has a serious note as it’s about the destruction of Los Angeles’ public transportation for cars and highways.

Just like a Noir there are some great lines included. Jessica for instance says she’s not bad, she’s just drawn that way. Hoskins says “Here’s to the pencil pushers. May they all get lead poisoning.”

There are plenty of goofy sequences with the cartoons and Jessica definitely is drawn was one bad woman. It’s all a lot of fun.
4 people found this helpful

K.MatrixReviewed in the United States on July 7, 2019
5.0 out of 5 stars
A favorite remastered
Verified purchase
This was one of my favorite films growing up and possibly the only time you will see Bugs Bunny, Mickey Mouse, Daffy Duck, and Donald Duck all together! The plot itself is is probably intended for slightly older audiences- maybe children over 10 or so, but it's definitely entertaining for adults. While darker than most, if not all Disney films, it still holds plenty of entertainment value. Watching it FHD gives it a new dimension of clarity and the DVD included is a nice bonus. Highly recommended!
5 people found this helpful

zepolReviewed in the United States on January 24, 2022
3.0 out of 5 stars
4k transfer no big deal
Verified purchase
The video 4k transfer looks o.k. but the sound should have been better for this movie that has a lot of smash & crash scenes.
Also the spilt second scene that shows Jessica Rabbit underneath her dress that was on the laserdisc is not shown like it wasn't on dvd or bluray.
Buy it if you love the movie.
2 people found this helpful
See all reviews
Back to top
Get to Know Us
Make Money with Us
Amazon Payment Products
Let Us Help You
EnglishChoose a language for shopping. United StatesChoose a country/region for shopping.
© 1996-2022, Amazon.com, Inc. or its affiliates