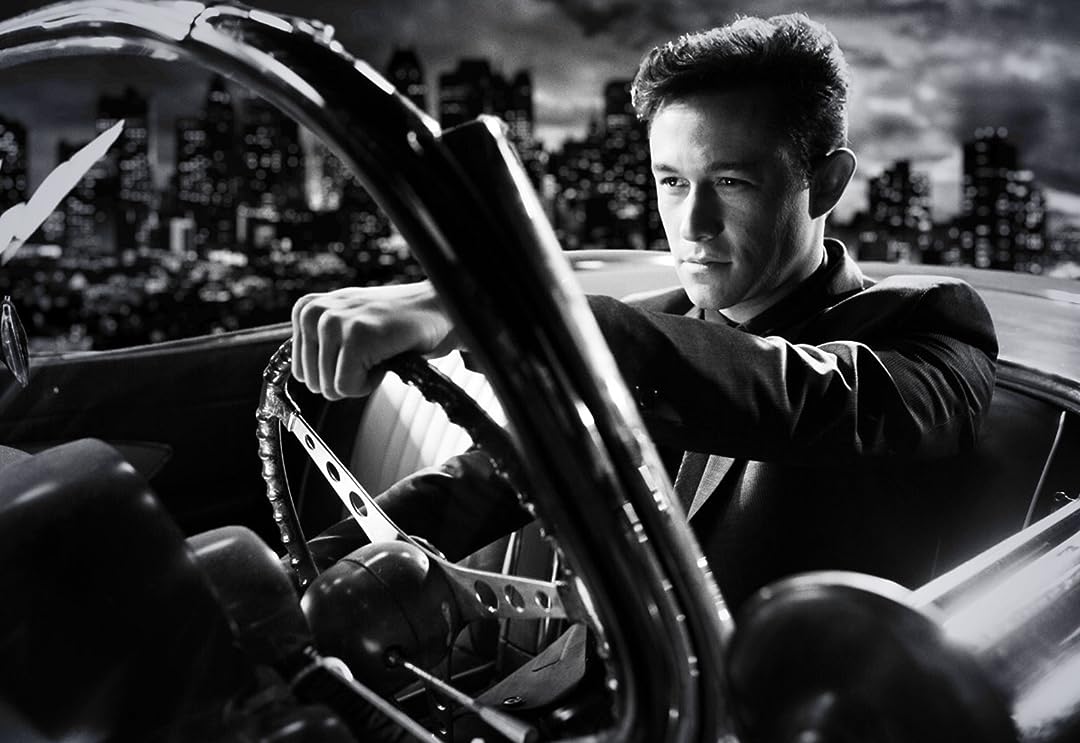 Frank Miller's Sin City: A Dame To Kill For

(2,151)6.51 h 42 min2014X-RayR
In the central story, Dwight McCarthy struggles with his inner demons and tries to maintain control until his former lover, Ava Lord, returns wanting his help to escape her abusive husband. There is no justice without sin.

ElsinoreReviewed in the United States on June 26, 2018
5.0 out of 5 stars
3D review: WOW!
Verified purchase
Mind-blowing 3D! (LG OLED65E6P) Crystal-clear, amazing depth and popouts. Pretty much the whole film was shot green screen with digital environments, so filmmakers could do whatever they wanted with the 3D. And boy did they deliver. Whole film looks like a moving, 3D popup graphic novel. Snow floats all around, cityscapes stretch on forever, blood gushes (black and white), car chases, knives and arrows fly, dizzying high angle shots ... LOVED this one in 3D. Great film noir story, jaw-dropping 3D, easy five stars.
6 people found this helpful

arbiesReviewed in the United States on May 2, 2017
3.0 out of 5 stars
missing colors
Verified purchase
this ?? cd commercial version or edit seemed to have left out some substantial portion
of the original movie I saw in the theatre, most esp the very handsome sexy scenes with
eva green in bedroom edited down substantially and the best art in a movie I ever saw
the pool swimming scene with magnificent colors as eva swims down the pool,,,, but not
included ... why the director / team would edit out the very best work they did is a \
mystery to me

joel wingReviewed in the United States on October 16, 2021
3.0 out of 5 stars
Good sequel but not as good as the original
Verified purchase
Sin City: A Dame To Kill For re-united Robert Rodriguez and Frank Miller for another neo-Noir thriller. It has the same look and feel of the original Sin City with voice over narration, a femme fatale, and black and white imagery mixed in with some flashes of color to accentuate a scene like an explosion. Most of the cast is back as well. It’s great to see Mickey Rourke as Marv again. Joseph Gordon-Levitt however was horribly miscast. He looks like a kid not the hot shot gambler he plays. Josh Brolin on the other hand feels like a natural for a story like this. I didn’t like the fact that he was connected to Rosario Dawson which is exactly like her and Clive Owen in the first movie. In the end the film was enjoyable but not as good as Sin City.

DKReviewed in the United States on March 25, 2019
5.0 out of 5 stars
Awesome Steelbook
Verified purchase
I have been waiting for some U.S. retailer to put out a steelbook case for Sin City 2. No one has. So, I ordered this one. Very awesome steelbook case for this great film! Be warned for this particular steelbook. The Blu-ray in this steelbook is a Region 2 disc. Meaning that you have to have an all region player to view it. It will not play in a U.S. player. I just tossed the Region 2 disc aside and put the Region 1 disc I already had in it. A bit of a shame that this film didn't do as well as it should had when it came out. Great story and great acting!
One person found this helpful

Mike Billington author of Murder in the Rainy SeasonReviewed in the United States on November 26, 2014
5.0 out of 5 stars
'Sin City: A Dame to Kill For' is film noir on steroids
Verified purchase
Film noir to the tenth power: That's 'Sin City: A Dame to Kill For.'
Let's be frank here: This is not a movie for everyone. In typical Frank Miller fashion, the story features a lot of gore interspersed with a lot of sex all brought to life under the skillful - if bloody - hands of Robert Rodriguez.
But if you're a fan of Miller's graphic novels, beautiful women in various stages of undress, tough guys who know how to take a punch, and over-the-top dialogue then you're going to love this movie.
'Sin City: A Dame to Kill For' picks up the story started in the original 'Sin City.' Jessica Alba is back to recreate her role as the extremely sexy Nancy Callahan; Mickey Rourke returns as Marv, the human wrecking ball; and Bruce Willis returns as the ghost of Lt. John Hartigan, Nancy's protector and the object of her affection. This second installment in the life and times of the denizens of 'Sin City' also introduces Eva Green as Ava Lord, a scheming and super-sexy woman with an agenda, and gives Joseph Gordon-Levitt a chance to play a cocky young gambler with a talent for winning and a secret. Rosario Dawson, as the leader of a tough female street gang, and Jamie Chung, as her deadliest sister-in-arms, are back as well, dealing sex and death with the skill of a Las Vegas card shark.
As in the original 'Sin City,' there are multiple story lines at play in 'A Dame to Kill For.' Josh Brolin, as Dwight McCarthy, finds himself back in the arms of onetime love Ava Lord; Marv has taken over Hartigan's role as Nancy's protector; Gordon-Levitt is trying to humiliate Sen. Roark at the poker table and Nancy wants to kill the Senator because she blames him for Hartigan's death.
Miller and Rodriguez take these twisted plot lines and smooth them out so that the movie flows seamlessly from one violent encounter to another.
'Sin City: A Dame to Kill For' is great cinema and if unclothed women and violence don't disturb your sensibilities, I'm betting you'll enjoy it as much as I did.

MartinReviewed in the United States on May 6, 2016
5.0 out of 5 stars
Can't fault what is, to be, a classic.
Verified purchase
Ok, so disclaimer: I love the original SinCity so much that even if the second one was terrible, I would still love it.

The movies are the very definition of artistic. The colours used, the stunts, the effects, all lend to a scene that is reminiscent of reading a graphic novel. This is exactly what has been needed for a long time and I wish there were more of them.

I think a certain amount of love for the film comes from the fact that different directors were tasked with different scenes. It meant the movie didn't have that "samey" feel. Whether this would have been the same without it..who knows. Either way, the films are amazing, I would highly recommend them, even just for some good, high profile celebrity features.

The blu-rays are perfect, no scratches. Boxes came unblemished.

Kenneth A. HallReviewed in the United States on April 27, 2018
4.0 out of 5 stars
Nicely mastered 3D film
Verified purchase
Saw this first as a rental and when I saw it on sale in 3D I jumped on getting it. Nicely mastered and the 3D is good. I'm sure everyone knows the Sin City and sequel storyline so won't go into all that. If you're a fan of these movies and 3D in general, you wouldn't go wrong adding this to your collection.
2 people found this helpful

Kid KyotoReviewed in the United States on April 16, 2016
3.0 out of 5 stars
Not bad, not great, maybe better as a rental/stream
Verified purchase
Sin City: A Dame to Kill For is one of those films that's a sequel, a prequel and a side story to the original. We learn more about characters like Marv, Dwight and Gail, and see the final fate of Nancy Callahan.

It's not as innovate as Sin City, nor as interesting visually, but it's a nice cap stone to the original film. Basically if you liked Sin City here's more of it. And if you didn't well this isn't for you.

I picked both up and watched them back to back and had a good time.

I don't know when or if I'll feel like watching them again, but I felt this was good enough. For most folks though a rental might be better.
4 people found this helpful
See all reviews
Back to top
Get to Know Us
Make Money with Us
Amazon Payment Products
Let Us Help You
EnglishChoose a language for shopping. United StatesChoose a country/region for shopping.
© 1996-2021, Amazon.com, Inc. or its affiliates