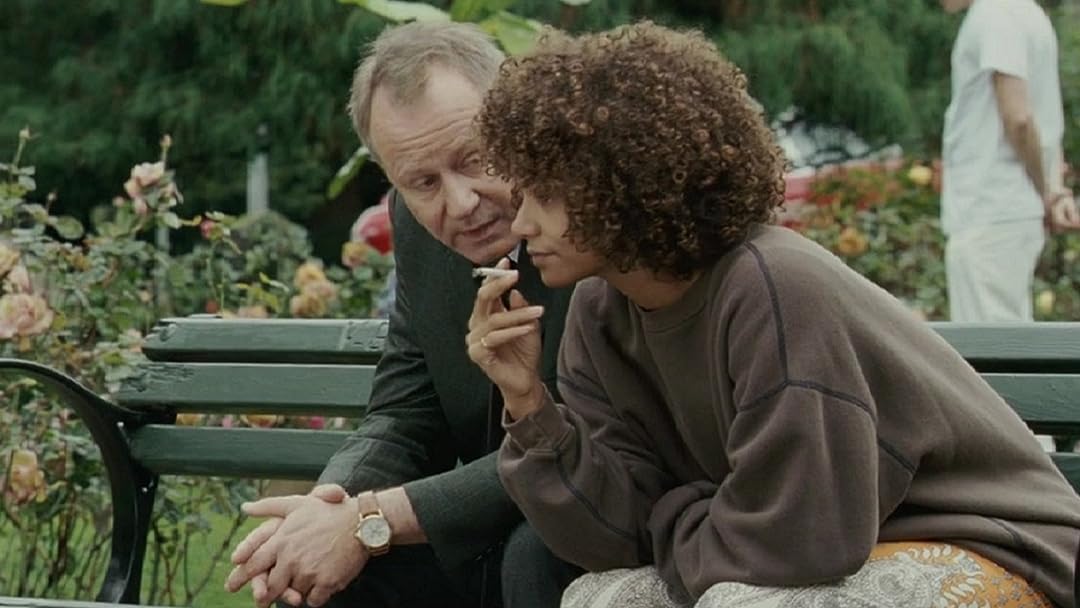 SheriffDPReviewed in the United States on May 12, 2020
5.0 out of 5 stars
I'm not even through the movie yet
Verified purchase
My heart aches for those that are in mental institutions and the conditions are far worse. Here they depict the environment as nurturing and clean at least. What the human mind does in order to protect itself is deemed unworthy by society. Yes, help is needed in order to function in the system we have established for the greater good. But loving kindness, patience and understanding in public would be nice for those that are in caregivers hands and trying to give life a meaning outside of institutional walls.
This movie is very much worth your time and your family and friends time as well. Children especially need to be made aware that folks with mental health problems aren't "weird", they are folks with mental health problems. It's the adults of society that have the job to teach children.
16 people found this helpful

NWGirlReviewed in the United States on April 5, 2020
5.0 out of 5 stars
Amazing true story
Verified purchase
It's beautiful and empathetic, and depicts DID really well. The only thing I feel this film didn't get right is the origin of her DID. Dissociative Identity Disorder occurs from severe, prolonged early-childhood trauma. Her trauma as a teenager may have compounded it, but based on research, DID has to occur prior to the age of 13, and most likely before the age of 5 years old.

All in all--it's a very good movie, and a more realistic and kind picture of DID.

Denise H.Reviewed in the United States on June 13, 2020
4.0 out of 5 stars
Halle Berry is Amazing as Always!
Verified purchase
I don't know if this won any awards or not, but it should have. Absolutely amazing!!!!
Halle Berry has always had a challenging personal life, but she always brings her A-game to the big screen...yes I even liked her in Catwoman.
Frankie is such a layered character and not just because of her MPD. Halle brings a depth to her, as she does with all her roles, that gives you the realness of the character and you forget it's an actress pretending to be an actual person. Like, she exudes fragility, strength, courage, sadness...all the things the real Frankie experienced while coming to the point in her life of being diagnosed with Multiple Personality Disorder(now Dissociative Identity Disorder).
Halle shows the viewer how Frankie felt before diagnosis, and during her treatments, and ultimately her successes. It's a road paved with so much pain and angst. If you can accept the existence of MPD/DID, then you can see how tragiclly brutally powerfully moving this film is. Having a personality of a White woman in a Black woman's body could be(and probably has been) stuff of low-brow comedy, but here it's so incredibly ironically tragically sad and gut wrenching. Halle has a way of really digging into the painful corners of the human soul and laying it all bare on-screen. I think she's a hugely underrated actress due to the writing in some of her films(again, Catwoman) but she always does her very best to bring out the best with the material she's given. And here, she had some incredibly powerful material and just ran away with the picture.
I'd rate this a solid 4.5 stars. The entire cast was absolutely brilliant!
Definitely give it a watch...you won't be disappointed!
4 people found this helpful

Kira S.Reviewed in the United States on April 14, 2020
4.0 out of 5 stars
Halle Berry and Stellan Skarsgard - what else do you need?
Verified purchase
Watching Halle Berry and Stellan Skarsgard interact is what makes this film a 4-star film (out of 5 stars; I only give 5 stars for classics). The setting is 1973, Frankie is an exotic dancer who has blackouts, fits of violent rage, and other episodes she can't explain. When she is arrested after an episode for lying in the middle of the street and refusing to get up, she is offered the choice of jail or a psychiatric evaluation. She chooses to go to the, as she calls it, "nuthouse." This is where she meets Dr. Oz, who actually specializes in research and only sees patients when the usual staff is not available. It is a fortuitous meeting, and we the viewers slowly learn what led to Frankie's condition. **SPOILER** The one thing that the movie didn't show that would have given some closure is Frankie confronting her mother about the baby. The mother needed to take responsibility for her actions. That was a different time and attitudes were not what they are now, but at the very least she could have offered the baby up for adoption. Plenty of couples would have been willing to accept a mixed-race baby. **END SPOILER**
9 people found this helpful

GiftbearerReviewed in the United States on May 9, 2020
5.0 out of 5 stars
Good movie but clearly not all her history was known
Verified purchase
Just as one of the reviewers has said, DID comes from severe and repeated trauma, usually starting by age 5. It is unlikely that the situation with the boyfriend's death and her baby being taken from her would cause that level of severe dissociation.

As it was a true story, there was probably alot of other abuse in early childhood that was left out or not known, most likely by her mother and a male relative, I would guess (because of her highly sexual line of work).

It was well-acted, and heartwarming to see that the doctor was willing to advocate for her in the hospital when the head of the department lacked empathy for her and wanted her discharged. That type of caring can make all the difference in a successful outcome.
3 people found this helpful

joel wingReviewed in the United States on November 23, 2020
4.0 out of 5 stars
Berry's acting & some great scenes make for convincing story about mental illness
Verified purchase
Halle Berry is Frankie who suffers from multiple personalities. She’s checked into a mental institutions where she comes under the care of Dr. Joseph Oswald (Stellan Skarsgard). The movie explores the different parts of Frankie’s character and whether Dr. Oswald can help her.

The movie is carried by Berry’s performance. The transitions between her personalities is seamless making it a realistic portrayal. What is a trip is that one of her main personalities is a racist aristocratic southern white woman who cusses out black people.

There are some great scenes showing her illness. One time Oswald is interviewing the racist woman and she remembers a past event where it was raining. Then she sees it raining inside the office. The next thing Oswald is drenching wet. It’s a great portrayal of how reality and madness can blend together.

Berry’s acting and the story make a winning combination in this very interesting movie about mental illness.
C
2 people found this helpful

GTAReviewed in the United States on August 25, 2021
5.0 out of 5 stars
Fantastic Movie!
Verified purchase
I see many others were also bothered by not knowing whether or not the baby died or if the mother killed it or it died naturally. I'm going to say that the baby died because of the hint it was crying when it first came out and stopped crying. And then I'm going to say that the mother killed it because when it came out she didn't even answer Frankie if it was a boy or girl. If the baby died naturally, even if she was trying to protect Frankie, she would've acted naturally too and not suspicious. Also, the way the mother was shown in the movie, she had a guilty conscience... I mean it's not back in the day anymore, so if she didn't commit murder and was sticking up for her daughter going crazy, she wouldn't be as guilty as she was trying to hide that part of the story. After some digging on Google some articles stated the mother killed the baby. Still I wish the movie would have portrayed it more clearer.
One person found this helpful

Lawrence RobertsReviewed in the United States on May 29, 2021
5.0 out of 5 stars
Outstanding movie - almost a One Flew Over the Cuckoo's Nest
Verified purchase
I watched this when I saw Halle Berry in the lead. I assumed it was some kind of heterosexual thing between a guy named Frankie and a girl named Alice. WOW! Did I get surprised. This was a brilliantly produced, scripted, and acted movie about a multiple personality woman - Frankie. no this is not a pop a bowl of popcorn, get the kids around, and make room for the dog on the couch movie. It is intense, heavy, and requires attention to follow and understand it. For that genre, it is absolutely excellent - proving what I have long claimed - that Halle Berry is one of the best actresses of her era. And the doctor - played by Stellan Skarsgard - also a brilliant performance. A must watch. And, yes, it had an ending you will like if you just stay with it.
One person found this helpful
See all reviews
Back to top
Get to Know Us
Make Money with Us
Amazon Payment Products
Let Us Help You
EnglishChoose a language for shopping. United StatesChoose a country/region for shopping.
© 1996-2021, Amazon.com, Inc. or its affiliates