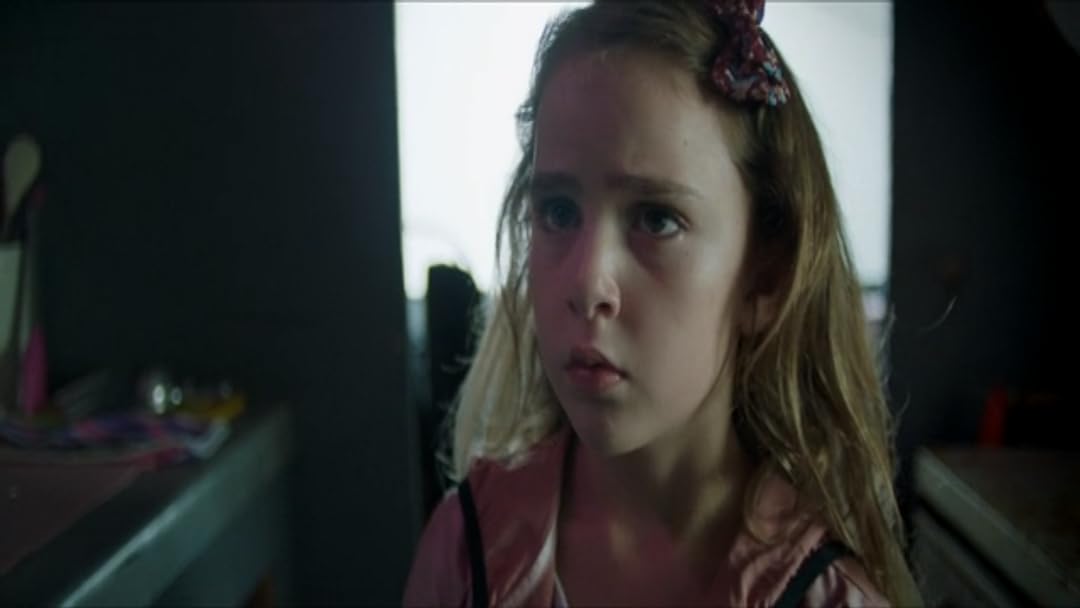 (2,390)
1 h 44 min2019X-RayR
Kept locked inside the house by her father, seven year old Chloe lives in fear and fascination of the outside world, where Abnormals create a constant threat or so she believes. When a mysterious stranger offers her a glimpse of what's really happening outside, Chloe soon finds that while the truth isn't so simple, the danger is very real.

T DawgReviewed in the United States on December 12, 2019
1.0 out of 5 stars
Political garbage...
Verified purchase
Liberal propaganda! Another Hollywood movie about how those that destroy traditional values should be celebrated. I could have just watched CNN...for free!
Also promotes the murder of law enforcement officers by children. Very sick and disgusting movie.
131 people found this helpful

Steven EvansReviewed in the United States on December 8, 2019
5.0 out of 5 stars
Another Diamond in the Rough
Verified purchase
Not long ago, I received an E-mail message from my sister, recommending that I watch this movie. This happens, every once in a while. She, or my brother, will recommend that I watch something, and they won't tell me a thing about it. I watch it, without knowing a thing, and end up loving it. This was another one of those splendid experiences.

I can't emphasize enough how great it is to watch a good movie without knowing the general premise. It makes a good movie great because you have no idea where the story will go. At the very least, you experience a "wow" factor, since nothing is expected. If it's possible for you to do so, I recommend watching this movie that way. For this reason, I won't give away anything by telling you what it's about. Trust me. Just watch it.

I will say that, along with a good story, this movie also has good music; which I ended up buying right after watching the movie.

With so many mediocre, or bad, movies and shows out there, it's always nice to run into something noteworthy. I'm really glad I saw this movie.

Tina G.Reviewed in the United States on December 4, 2019
4.0 out of 5 stars
A thriller, horror, sci-fi combo worthy of a watch…
Verified purchase
Freaks turned out to an overall intriguing watch that held my interest- 4 stars. Recommend if you’re looking for something new to watch in the genres or looking to pass the time.

***Do not continue reading unless you don’t mind some spoilers***
***
**
*
What’s it about? Chloe lives with her father in semi-isolation. She’s taught to act normal and stay inside as the bad guys will kill her and her father if they go outside. Chloe has met another little girl, Harper, who lives across the street and she learns things her father doesn’t want her learning. Enter the somewhat creepy ice cream man (perhaps a nod to the movie?) and things slowly begin to unravel and make sense. At this point, the movie picks up the pace. Prior to this, it tries to be mysterious, scary, and confuse the viewer (I personally didn’t think it was needed as it would have stood on it’s own without this but maybe you’ll feel different). Once it gets moving, we learn that Chloe and her family are the abnormals, aka freaks, and a government agency is trying to eliminate them as the second generation has powers unlike any ever seen. If the cast hadn’t been so fabulous, I would have rated it lower, but they upped the ante. There’s a lot more to it, but will leave it at this as I’m not giving away all spoilers.

If you’re looking for a thriller, horror, sci-fi combo, this is it. Definitely worthy of a watch.

Parental guidance/trigger warnings: some swearing, violence (woman and man gets their eye stabbed with a pen, physical fighting, bombs dropped), death (via guns or mentions of other ways), father puts daughter in a closet when she doesn’t listen, experiments on people/locking them in a facility against their will, forcing people to do things against their will.
36 people found this helpful

DiHofReviewed in the United States on December 5, 2019
4.0 out of 5 stars
Interesting Sci-Fi Story. Hope There is More Offered in the Future
Verified purchase
Very interesting movie that took time to wrap my head around but the puzzling pieces fall into place as the movie progresses. The young actress who plays Chloe is fabulous and shows a depth of character that is amazing for one so young.

The movie is set in contemporary times and locations but the reality of the world is different than we know it. Certain people have developed different "skills" that grow exponentially with each generation of offspring. Their skills (rightfully?) cause fear in regular humans and thus the story develops...

I just wish the story had included why and how the Freaks came to be. Maybe they'll be sequels that explain the backstory.
27 people found this helpful

Amber WReviewed in the United States on December 15, 2019
5.0 out of 5 stars
Damn good movie, highly under rated.
Verified purchase
I loved this movie. What I thought was going to be some casual, ok sci-fi to throw on in the background, ended up keeping me captivated and had my full attention from start to finish. The acting was amazing, the story was so well written, the pacing was perfect, and the overall movie was gripping.

I found myself drawn into each of the characters, empathizing with all of them, even the ones I rooted against by the end. None of the backstory provided felt forced, or heavy handed, and the plot itself felt organic. This was a well done, enjoyable bit of sci-fi that will definitely be watched again.
20 people found this helpful

TolstoyReviewed in the United States on December 15, 2019
2.0 out of 5 stars
THIS MOVIE GOES NOWHERE
Verified purchase
I watched this movie with great anticipation given the reviews and honestly, if you like the first few minutes you will probably like the film...but if you dont, turn it off cuz it just goes on and on with no real answers, apparent plot or explanations right down to the bitter end - no idea what the heck was going on. The acting is not great just ok, most of the film takes place in a house with a little girl who we increasingly find has magical powers ...and her mother who is maybe dead in a mountain somewhere...awful, boring, terrible, horrible, and a poor excuse for a movie. But hey, there were amazing reviews of this thing so, yeah, its ok, it is just me. If you want great acting and a decent story, watch The Marriage Story.
19 people found this helpful

khillReviewed in the United States on January 21, 2020
1.0 out of 5 stars
Two hours of bratty behavior
Verified purchase
If you like watching horribly bratty kids act like horribly bratty kids for an entire movie, this is the movie for you. The kid is the main character. She's just awful.. She screams and yells to get her way. She's incredibly stupid and selfish to the point of being infuriating. In actuality, she's truly evil. People die because of her idiocy. Yeah, yeah. She's only seven. Most seven year olds are not this stupid or selfish. They're definitely not evil. I would never have let my kids act like this little brat, and I don't want to watch other peoples' bratty kids either. She's either a brilliant little actress, or she really is an awful human being in the making. My guess is that it's the latter, but who knows. I just know I couldn't stand watching her for a whole movie. She's way too irritating to be entertaining.
10 people found this helpful
See all reviews
Back to top
Get to Know Us
Make Money with Us
Amazon Payment Products
Let Us Help You
EnglishChoose a language for shopping. United StatesChoose a country/region for shopping.
© 1996-2022, Amazon.com, Inc. or its affiliates