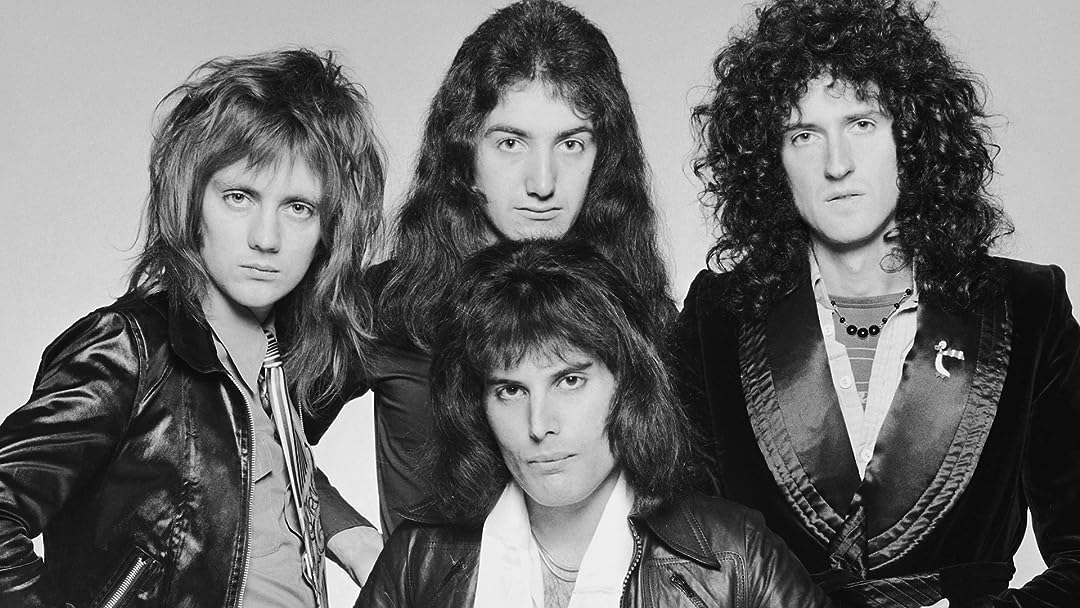 (39)
6.758min2018ALL
Led by the eccentric visionary Freddie Mercury, Queen conquered the world. Who is the man behind the voice and how did a young boy from Zanzibar become The Ultimate Showman?

I still vividly recall in the winter of 1977, getting chills down my spine when I first heard the song everyone at school was talking about called "We Will Rock You". But it wasn't until I saw them live in SEP 1980 that I became a massive and life-long fan. For the next 15 years or so (well after Freddie's demise), musically, they were about all I could think of. During that time, I learned a great deal about their music and their history. And with this excellent documentary, I learned even more.

And far beyond supplying interesting facts, this show was well-paced, very well constructed, and downright entertaining.

For any fan of Queen, whether they be casual or serious, I highly recommend taking the mere 52 minutes to watch and enjoy this show.

Lori D.Reviewed in the United States on April 4, 2021
5.0 out of 5 stars
Loved it!
Verified purchase
I love to watch documentaries and interviews with my favorite celebs just being themselves. Freddy appeared to be a very genuine, kind person, as did the other group members. Queen's music was a huge part of my adolescence, and I even got to see them on the News of the World tour - I'll remember it always. I'll agree with some of the other reviewers, in that, when their former publicist, Eric Hall spoke, my goodness! Between the accent (which I normally don't have issues with) and his garbled speech, you could only make out like half of what he was saying, and his input was probably pretty integral to the story. The guys are lovely, I miss Freddy, long live Queen.
3 people found this helpful

JKK in GeorgiaReviewed in the United States on January 24, 2021
4.0 out of 5 stars
Very good...but captions needed!
Verified purchase
The history is very interesting and fun to watch. But dang, I can't understand a word that Eric says because of his accent. I'm pretty sure that his comments are central to how awesome this documentary could be, but I can only understand about 20% of what he is saying. Aren't there sound engineers that are supposed to make sure that a video is understandable? Would have been really easy to add captions.
2 people found this helpful

ChrisSherrillReviewed in the United States on January 23, 2021
4.0 out of 5 stars
Interesting
Verified purchase
This is, in many ways, a wonderful documentary. The only reason I gave four instead of five stars was because there wasn't enough about Freddie himself. Perhaps he cannot be separated from Queen. Another item on my wish list would have been more music and less talk. Personally, I would have watched a longer film to see more music and more about Freddie the man. Still, it is easy to recommend.
2 people found this helpful

Karlie LaumerReviewed in the United States on November 26, 2021
4.0 out of 5 stars
Eric Hall needs subtitles.
Verified purchase
This film was a lovely tribute to Freddie. He is worthy of all of the compliments and accolades showered on him. Queen was a brilliant band, and Freddie was a brilliant musician.

One star removed because Eric Hall needs to be subtitled! He's got this accent that is so heavy that I can't understand much of what he says.
One person found this helpful

Noelle C.Reviewed in the United States on March 6, 2021
1.0 out of 5 stars
Unwatchable
Verified purchase
Every time the guy in the pink polo came on, I wanted to scream. Made the whole thing unwatchable for me.
3 people found this helpful

Nikki lemmonReviewed in the United States on March 31, 2021
4.0 out of 5 stars
Sad
Verified purchase
His story was sad. To.see him die like that. But he will always be a legend.like he wanted. Great video would of liked to see little more.of him tho. But nice video
2 people found this helpful

CheetahReviewed in the United States on August 28, 2019
5.0 out of 5 stars
I'm a sap for anything with Freddie Mercury!
Verified purchase
I enjoyed it but I"m a big fan.
7 people found this helpful
See all reviews
Back to top
Get to Know Us
Make Money with Us
Amazon Payment Products
Let Us Help You
EnglishChoose a language for shopping. United StatesChoose a country/region for shopping.
© 1996-2022, Amazon.com, Inc. or its affiliates