Skip to main content
Frederick: A Story of Boundless Hope and millions of other books are available for Amazon Kindle. Learn more
Share <Embed>
Have one to sell?
Sell on Amazon 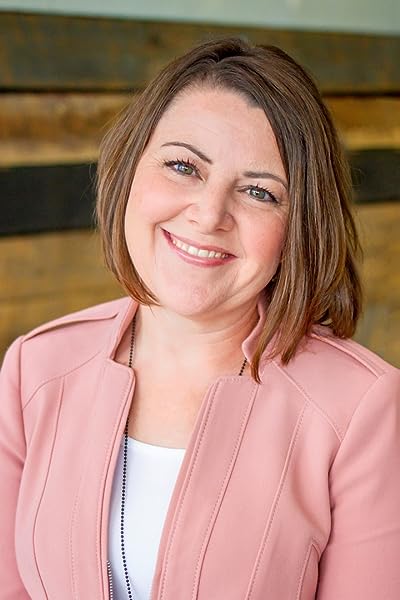 by Frederick Ndabaramiye (Author), Amy Parker (Author)
4.7 out of 5 stars 29 ratings
See all formats and editions
Sorry, there was a problem loading this page. Try again.

These seven words of boundless hope would irreversibly change the life of the teenage boy who spoke them.

On April 7, 1994 the life of Frederick Ndabaramiye and his family changed forever as the Rwandan genocide erupted in their homeland. When Frederick faced those same genocidaires a few years later, he noted the machete that hung from the right hand closest to him and wondered if his would soon be added to the layers of dried blood that clung to the blade. Either way, young Frederick knew that he wouldn’t be able to carry out the orders just given to him, to raise that blade against the other passengers of the bus, regardless of the race marked on their identity cards.

That bold decision would cause Frederick to lose his hands. But what the killers meant for harm, God intended for good. The cords that bound him served as a tourniquet, saving his life when his hands were hacked away. This new disability eventually fueled Frederick’s passion to show the world that disabilities do not have to stop you from living a life of undeniable purpose. From that passion, the Ubumwe Community Center was born, where "people like me" come to discover their own purposes and abilities despite their circumstances.

Through miraculous mercy and divine appointment, Frederick forgives those who harmed him and goes on to fully grasp his God-given mission. In this extraordinary true story of forgiveness, faith, and hope, you will be challenged, convicted, and forever converted to a believer of the impossible.

Start reading Frederick: A Story of Boundless Hope on your Kindle in under a minute.

Amy Parker has written more than sixty books for children, teens, and adults, including the best-selling A Night Night Prayer, Thank You, God, for Mommy, and Thank You, God, for Daddy. She has collaborated with authors ranging from New York Times bestsellers to her very own son. Two of these collaborations—Firebird and Courageous Teens—are recipients of Christian Retailing’s Best Awards. But Amy’s greatest reward is being a wife to Daniel and a mom to their amazing sons, Michael and Ethan.

Linda T.
5.0 out of 5 stars and a little good luck can work miracles
Reviewed in the United States on February 13, 2015
Verified Purchase
This is the story of survival and triumph by a young Rwandan caught in the aftermath of the genocide. I met Mr. Ndabaramiye at the Community Center he and his colleague developed near the Congo border to provide education, training, and social acceptance for disabled children and young adults that otherwise would be outcasts from society. It may not be a literary masterpiece but it is the truth of his life and accomplishments, and a moving and uplifting book. His story will give you a glimpse into how faith, determination, and a little good luck can work miracles.
Read more
3 people found this helpful
Helpful
Report abuse

Bruce
5.0 out of 5 stars Wow!
Reviewed in the United States on January 14, 2020
Verified Purchase
Tremendous story of perseverance, gumption, forgiveness, vision.....
Chronicles best and worst of human behavior.
Definitly should be read by everyone.
Read more
One person found this helpful
Helpful
Report abuse

Pamela L. Albert
5.0 out of 5 stars Inspiring
Reviewed in the United States on July 30, 2018
Verified Purchase
Rwandans epitomize forgiveness. They are the most joyful, loving people I have ever met. Frederick's story is Rwanda's story. I recently traveled to Rwanda with World Dance for Humanity. We support over 9,000 Rwandans. Imana Ishmwe! Beautiful Rwanda!
Read more
One person found this helpful
Helpful
Report abuse

Carol Verrastro
5.0 out of 5 stars we can become better, more caring and understanding versions of ourselves
Reviewed in the United States on November 28, 2014
Verified Purchase
After being witness to and a victim of the atrocities in Rwanda, Frederick has grown from a young boy of unwavering faith into a remarkable man with an exceptional ability to forgive. Amy and Frederick have documented this journey giving us a glimpse of pain and suffering of this small nation in the 1990s and Frederick’s visions and actions for brighter tomorrows for all Rwandans.
I encourage everyone to read the account of Frederick’s life…so far. While we all cannot be Frederick, following his example, we can become better, more caring and understanding versions of ourselves.
I eagerly await to see what Frederick does next, because I know that he isn’t finished yet!
Read more
One person found this helpful
Helpful
Report abuse

Stella A.
5.0 out of 5 stars A wonderful, inspiring true story.
Reviewed in the United States on February 20, 2015
Verified Purchase
This is a wonderful true story about unbelievable tragedy during the genocide in Rwanda, and about survival and the ability to forgive and to bloom, with God's guidance. Frederick has not only accomplished these things, but is helping others to do this, also.
Read more
One person found this helpful
Helpful
Report abuse

cglory
3.0 out of 5 stars Product arrived promptly and in fine condition.
Reviewed in the United States on July 21, 2019
Verified Purchase
The book itself arrived in fine condition and was as advertised. The story was good but too simplified.
Read more
Helpful
Report abuse

Erin C. Lindsay
5.0 out of 5 stars Truly amazing
Reviewed in the United States on June 19, 2015
Verified Purchase
Frederick...The bravest of souls. Such a Remarkable story that everyone should hear. One I will never forget. I bought this book for nearly all my friends and family, including my teenage daughter.
Read more
One person found this helpful
Helpful
Report abuse

Sandra S.
5.0 out of 5 stars Amazing!
Reviewed in Canada on July 20, 2019
Verified Purchase
It's truly amazing what God can do ! So glad the Lord has richly blessed Frederick and so many others. It's a reminder to be thankful.
Read more
Report abuse
See all reviews