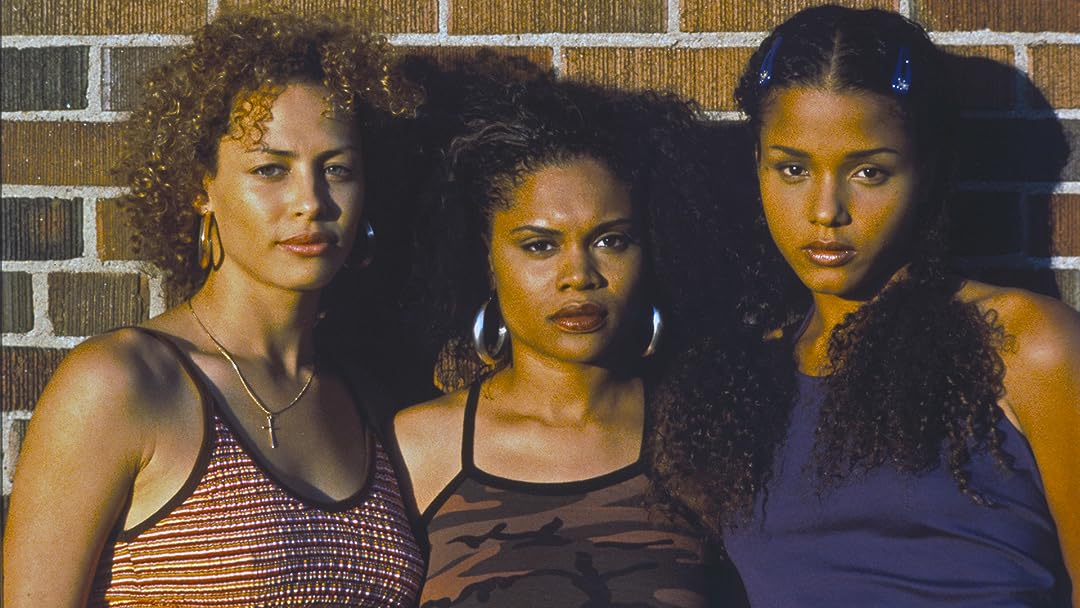 (17)
6.31 h 38 min199818+
"Free of Eden" is the heartwarming tale of Will Cleamons (Sidney Poitier, "In the Heat of the Night"), a middle-aged teacher-turned-businessman who agrees to tutor eighteen-year-old high school dropout Nicole Turner (Sydney Tamiia Poitier, "Death Proof"). To his surprise, their relationship not only helps Nicole build a future but also encourages Cleamons to put his life back together.

WAReviewed in the United States on October 27, 2019
5.0 out of 5 stars
When the stdent is ready, will the teacher appear?
Verified purchase
When the student is ready, does the teach always appear? In this movie, the student realized her self-worth and knew who the teacher was going to be. Free of Eden was released in 1998. That's 21 years ago. This is a fantastic movie. The overall theme is Mentorship. It was nice to see Nicole's world unravel and birth two mentors. One for her academic success and the other to assist with her escape. I was at the pier years ago. A man and his brother were catching crabs. One by one, they tossed the live crab in the bucket. Each time a crab would attempt to crawl out, another would pull it back down. This is what happens to anyone trying to break free from a stale/stuck or toxic environment. The distractions serve the purpose to make us unstoppable. *End of the Review.* How I found this movie. Two weeks ago I was searching for a movie written and directed by Ian Poitier. I saw the movie on Amazon in February 2019. The title is "Oh Happy Day." This is not our usual movie genre but, out of the few LGBTQ movies we've watch, Oh Happy Day is by far at the top of the list. My research regarding Ian Poitier led me to understand that he is a relative of Sidney. I couldn't find anything else. I searched for the movie and found an entertainment company in California that no longer owns the rights. The bottom line of my search reveals that the "Oh Happy Day," has been banned in America because of the title. Ian Poitier would not re-title it for sale / distribution in the U.S. As I was sharing this with my neighbor, he said, "My favorite Poitier movie is, Free of Eden." Sometimes a road can lead you onto another road that is equally enjoyable. I would recommend this movie to parents, teachers and mentors.
One person found this helpful

JenniferNYReviewed in the United States on September 26, 2019
5.0 out of 5 stars
Another heartwarming Didney Poitier mood vie that I will watch over and over again!!!
Verified purchase
A typical Sidney Poitier movie based on politeness, courtesy, morality, helping others, bettering yourself, doing the right thing.

Beyond that, the plot, the acting and directing were so well done that I never wanted the movie to end.

It is one of those movies that you want to go back and watch several times a year, I just wish that it was available on DVD or BLU-RAY!!!
2 people found this helpful

ChrisSherrillReviewed in the United States on December 1, 2019
4.0 out of 5 stars
Interesting
Verified purchase
Not family friendly due to language.
The production values for Free of Eden were good; clearly the budget was adequate. It is a predictable, feel-good movie. Cinematography was good, story flow was pretty good, dialog was mostly believable. It was interesting in that it brought a number of important historical figures into the story. There were several known actors, chief among them, Sidney Poitier, who carried the film on his capable shoulders. I’ve always liked her father’s work, so I really wanted Sydney Poitier to do well but she was only good. Felicia Rashad did well. Others were overdone or cardboard cutouts. This includes Ms. Poitier’s character’s mom, her girlfriends and the bad guys.

LauraReviewed in the United States on October 9, 2019
5.0 out of 5 stars
This is what everybody can benefit from seeing!
Verified purchase
The general theme is being a better person , presented as a tight, elegant story and delivered by powerful actors - all without so much as a grain of schmaltz.
One person found this helpful

Joan AndersonReviewed in the United States on November 24, 2019
5.0 out of 5 stars
Powerful
Verified purchase
Every want a first chance? Ever want a second chance? In this film you get two for the price of one. Best feel good film I've seen in a while.

F. J. UrkumsReviewed in the United States on April 27, 2010
5.0 out of 5 stars
So Many Edens
Verified purchase
Love this movie. Sidney is his professorial self. His daughter does a pretty good job playing a
girl from the projects who wants to free herself and have a better life. There are so many Edens
all over this country that it is good to see a movie that shows a child "escaping" from her
surroundings. You don't see much of this. We get to see the drive by shootings and the victims
of "snitching" (which in our day we called showing integrity and protecting people),and the baby daddies
and mamas. We know there are better things going on, but in the media what bleeds leads.
4 people found this helpful

Anita BreakReviewed in the United States on April 25, 2015
5.0 out of 5 stars
Wonderfully thought- provoking film !
Verified purchase
Excellent, thought-provoking movie with a wonderful cast. Sidney Poitier is excellent, as usual, and his real-life daughter is a very good actress ! We show this film to our college psychology classes to open a discussion on poverty, mentoring, and characteristics of a successful person. We highly recommend it.
4 people found this helpful

Kay Reviewed in the United States on November 17, 2019
5.0 out of 5 stars
Great Production and Writing
Verified purchase
Excellent Story Line with a complete finish.
See all reviews
Back to top
Get to Know Us
Make Money with Us
Amazon Payment Products
Let Us Help You
EnglishChoose a language for shopping. United StatesChoose a country/region for shopping.
© 1996-2022, Amazon.com, Inc. or its affiliates