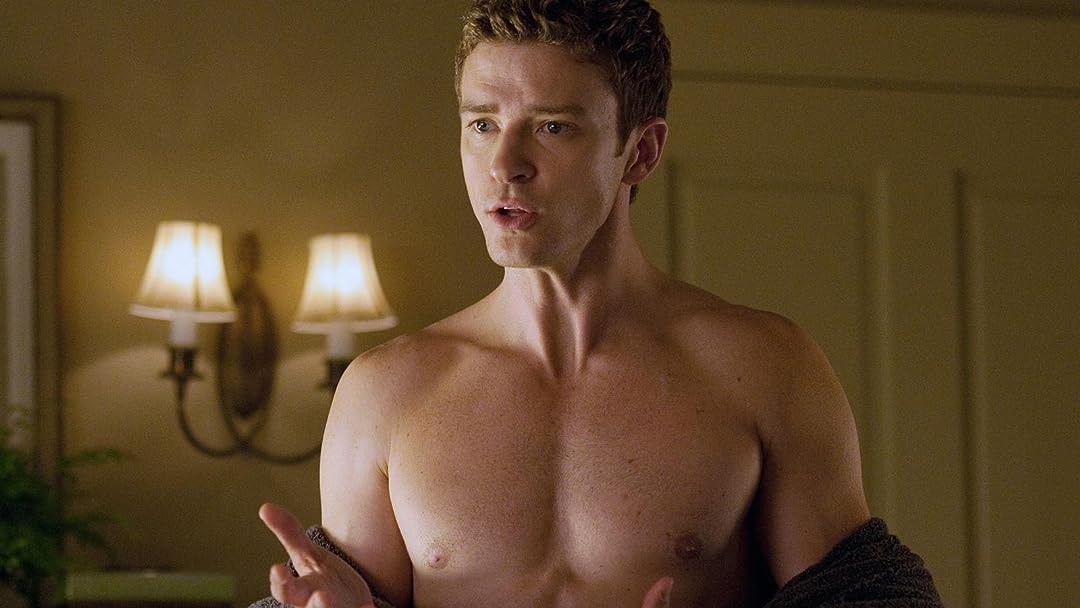 (7,252)
6.51 h 49 min2011X-RayR
When two friends decide to try something new and take advantage of their mutual attraction without any emotional attachment, they soon realize romantic comedy stereotypes might exist for a reason.

Stella CarrierReviewed in the United States on May 3, 2022
5.0 out of 5 stars
Two People Meet....
Verified purchase
I admit that it was far from easy for me to decide between buying and watching Friends With Benefits first or Strings Attached. For some reason, I decided to go ahead and first see how I feel about watching the Friends With Benefits film. Friends With Benefits features the characters of Jamie (Mila Kunis) and Dylan (Justin Timberlake) who originally meet for work related reasons. Some of the love life views that Jamie holds are indirectly related to some of the dynamics she picked up from interactions with her mother Lorna (Patricia Clarkson). Dylan's love life views are indirectly shaped tp connections he has with his sister Annie (Jenna Elfman), his father Mr Harper (Richard Jenkins), his nephew Sam (Nolan Guild) and his coworker Tommy (Woody Harrelson). There is a mix of multiple music genres of songs featured in this Friends With Benefits film. Even with having an idea of how the film is going to conclude I still found the film amusing to watch and this Friends With Benefits film indirectly influences me to be receptive to eventually watching the No Strings Attached film.

Hot messReviewed in the United States on January 12, 2019
5.0 out of 5 stars
Girls,you need to see this movie.
Verified purchase
I absolutely love this movie and decided to buy it so I could watch it anytime..I've been watching it on cable every time it comes on. What's not to love. Two good looking people who decide that they can have an uncommitted, but sexual, relationship but you know it's going to turn into more than that. It's funny throughout and has a happy ending that's as good as the rest of the movie. If you haven't seen it you need get your popcorn out and watch this movie. It's the perfect chick flick.
8 people found this helpful

nycReviewed in the United States on February 13, 2018
4.0 out of 5 stars
Cute Movie That Includes Justin Timberlake's Naked Butt About Friends With Benefits
Verified purchase
Decent story and an entertaining uplifting movie. Movie has a few naked scenes and one includes Justin Timberlake's butt, so definitely not a movie for kids. Sex scenes were done mostly with covers, so it was done with some class. Story is simple about a guy and a gal getting rejected by their ex-boyfriend/girlfriend. He's a big art executive and she's a major head-hunter/executive searcher. The two meet in New York City for an art director position for GQ Magazine, and he's from California. They both have relationship and family issues of their own kind. They decided to have a simple sexual relationship that does not include emotional attachments, or friends with benefits. So, they gave such a relationship a try, but of course, they start to have feelings for each other over time.
3 people found this helpful

Kindle CustomerReviewed in the United States on April 4, 2015
5.0 out of 5 stars
Not a masterpiece, but still a lot of fun
Verified purchase
Okay, so by no means is this movie a masterpiece. However, it's still a lot of fun to watch! Mila Kunis and Justin Timberlake have some really great chemistry together.

That script is fast-paced with a lot of energy and plenty of funny moments. I was expecting a lot of tasteless sex scenes in an attempt to make the movie really sell, but the sex scenes were more comedic and while it was crude humor it wasn't completely disgusting like a lot of contemporary movies are and it was actually funny. There's a lot of great one-liners and laugh aloud moments and, of course, there's some good heartwarming moments as well.

I would definitely recommend this movie if you're looking for something entertaining to watch.

TimReviewed in the United States on September 3, 2020
5.0 out of 5 stars
Quirky romantic comedy
Verified purchase
Justin Timberlake is a better actor than I first gave him credit for. Like his acting much better than his singing. This role for Mila Kunis is perfect. She's believable, sincere and funny. Plus she's probably the only actress in Hollywood history to ask on screen, "Are you pooping?"
Every so often I find a r/c that just works, and I watch it over and over again. This was one of those movies.
One person found this helpful

The JourneymanReviewed in the United States on April 20, 2020
4.0 out of 5 stars
Don't let life imitate art
Verified purchase
I prefer action adventure movies but I liked this Rom Com movie. It was simple and the acting was good, not one for the Oscars but still worth a look. It shows that no matter how much you would like to have a relationship with no strings attached. Eventually someone can get their emotions involved and strings can become very attached. This can lead to an end of a friendship, the beginnings of a great romance or a fatal attraction. So enjoy this movie but be careful if you ever decide in real life that you want to be friends with benefits. Trust me your life will never be the same.

GryphonisleReviewed in the United States on July 21, 2012
3.0 out of 5 stars
Sexy Romantic Comedy, Diversionary Entertainment
Verified purchase
If you've seen "No Strings Attached" you've seen this movie---the two are so parallel they're not so much like book ends, but one bookend split in two.

This one takes place in New York City, and is yet another film that makes what was not so long ago America's version of Hell look as pretty as Paris (think about it, NYC was once the setting for films like "Taxi Driver"). Here, both characters are on the rebound, which in most movies would have them avoiding relationships. In this instance they decide to have a sexual relationship without entanglements. Woody Harrelson plays a humorous gay character, and of course in many ways what the main characters are doing is having a gay relationship, since the idea of pregnancy or any other serious consequences never comes up. A lot of historic characters had such relationships: Don Juan comes to mind. Baron Von Munchausen even flirted with the Queen of The Moon, and turned down the hand of Catherine The Great. But those were love affairs of men.

It's the 21st Century, so Hollywood has given us two young adults (four if you count "No Strings Attached") where the man is everything polls tell us women want, yet the woman doesn't want anything more from him than sex. Well, of course, they fall in love by the end of the film and everything gets messed up, but what can I say? No spoilers here.

BusyBookMommaReviewed in the United States on November 7, 2019
4.0 out of 5 stars
Nice, feel good movie.
Verified purchase
This is one of my favorites, because it's fun and quirky, sassy and heartwarming. Mila and Justin portray a set of people who meets through a job and they form a close bond of friendship that includes some nice benefits. At least, they're nice until they get complicated with deeper feelings. I really enjoyed this one. It's very similar to No Strings Attached starring Natalie Portman and Ashton Kutcher. I like them both and hope you do too.
One person found this helpful
See all reviews
Back to top
Get to Know Us
Make Money with Us
Amazon Payment Products
Let Us Help You
EnglishChoose a language for shopping. United StatesChoose a country/region for shopping.
© 1996-2022, Amazon.com, Inc. or its affiliates