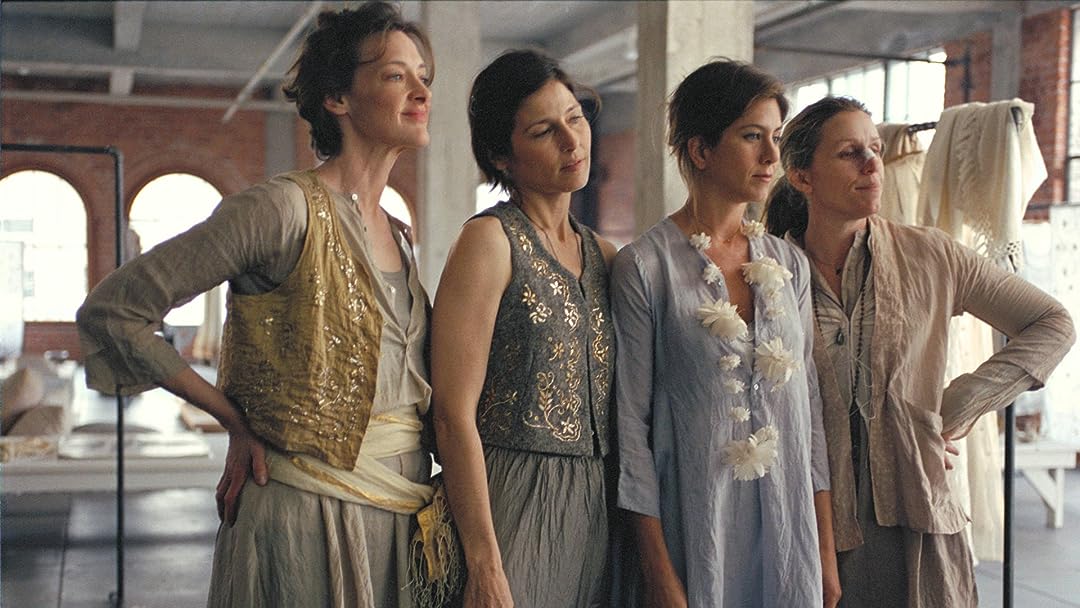 Beth Mason in NCReviewed in the United States on July 19, 2018
5.0 out of 5 stars
The Other Half and How They Don't Get It
Verified purchase
This movie came out in 2006, but it is perhaps even more timely today. People who have enough money to live comfortably have no earthly idea how the rest of the world lives--even their own friends. What blows me away is that those who have vast amounts never seem to grasp that just having enough to live is very difficult for about 90% of our nation's population. Why doesn't it ever occur to them to SHARE? This idea was summed up best by St. Basil of the Russian Orthodox Church: 'if people would take only what they need, there would be enough for everyone to have what they need to live.' This gem of a film explores the idle rich and what a mess their lives are, despite their having more money and resources than they could ever use. Of course, they would never just give money away, though. Something about 'earning' it makes Americas very callous and greedy.
23 people found this helpful

Amazon customerReviewed in the United States on July 21, 2021
1.0 out of 5 stars
WOW BAD
Verified purchase
this movie has no plot OTHER than life sucks for all the characters and there's no way out and there's no good ending.....JUST.BLANTANT.DEPRESSED.PEOPLE.THE. WHOLE.MOVIE.... even at the end when we are supposed to be happy with jennifer aniston character, it still is like why did you do that, o because i have problems, o ok me too. END OF MOVIE. WTHeck
What was the vision for this movie? It left me feeling utterly unfulfilled and pretty depressed about middle age, marriage, and careers. If what they were trying to say is people with money are miserable they succeeded but they also succeeded in saying people with problems (emotionally or mentally) also are miserable they also succeeded, basically life sucks. GOT IT. Thanks smh Kudos on the actors/actresses they pulled that storyline of WELL.
3 people found this helpful

NYC Gal Out☆Reviewed in the United States on August 27, 2021
3.0 out of 5 stars
Was okay...
Verified purchase
The typical multi plot format movie. Four friends that are middle age, and only one of them is lower working class, her other three friends are rich. They all know each other from college, and in the end the poor friend that was working as a cleaning lady basically meets a rich guy that has social skill problems too. The other plots are a famous fashion designer going through a midlife funk, and she's married to a guy that everyone assumes is gay; and a rich heiress and her husband, and two screenwriter husband and wife who fights all the time and eventually gets divorced.
3 people found this helpful

Alex S.Reviewed in the United States on March 2, 2019
1.0 out of 5 stars
uh...what?
Verified purchase
I was looking for comedy. This wasn't comedy. Thanks for making me feel bad about how poor I am
14 people found this helpful

JaiReviewed in the United States on April 17, 2019
5.0 out of 5 stars
A Nice Film for a Quiet Afternoon
Verified purchase
Despite the poor reviews I decided to give this movie a go, and was pleasantly surprised by how much I enjoyed it. It may be “a LA story”, as another viewer noted, but I thought many of the experiences were relatable, even though the only valley that matters in my life is the Ohio valley. The comedy in this film is light, and I can understand why some people may find some of the characters out of touch, but I think the point is to look beyond that, and see the humanity that lies beneath. I think the all -tar cast nailed this one.
4 people found this helpful

SheilaReviewed in the United States on September 5, 2017
4.0 out of 5 stars
An LA story
Verified purchase
I've seen this movie several times and enjoy it always. I noticed that a number of reviewers were disappointed with the film. Having lived in LA for many years, I think that this movie definitely reflects the LA mentality and is one of the reasons that I find it entertaining and touching. Far from being depressing, I think the ending is quite upbeat and the cast and dialogue realistic.
12 people found this helpful

HopscotchReviewed in the United States on February 17, 2022
2.0 out of 5 stars
Okay
Verified purchase
The movie was about a maid with little self respect and her friends who lack any moral character of their own. The movie seemed rather pointless and lacking in any real plot, but then again I'm big on biblical principles so maybe I just missed it. ;)

Christina Van Note-KrespachReviewed in the United States on April 5, 2019
1.0 out of 5 stars
Not worth the time
Verified purchase
It's too bad that this movie was written. It seems to go nowhere but down the toilet.

Reality can be hard. We all know the crappy things happen. But to spend time watching the unfolding of these character's lives, ... only to end in a declaration that people have problems is, well, just redundant and lifeless.

If this was someone's attempt at seeing the "average", they did a poor job of it.


3 people found this helpful
See all reviews
Back to top
Get to Know Us
Make Money with Us
Amazon Payment Products
Let Us Help You
EnglishChoose a language for shopping. United StatesChoose a country/region for shopping.
© 1996-2022, Amazon.com, Inc. or its affiliates