Fright Train and millions of other books are available for Amazon Kindle. Learn more 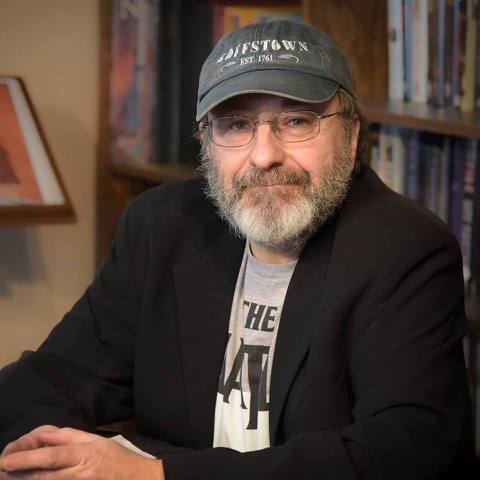 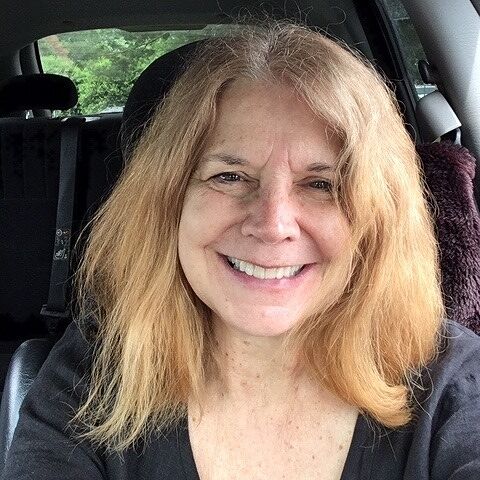 Out in the darkness a mournful whistle howls, the ground shakes, and steam hisses as the Fright Train rumbles into the station. From the Victorian Age to contemporary times, fear rides the rails in these tales set on and around trains of all kinds. Climb aboard and let 13 of today's best and two classic horror writers take you on night journeys to destinations unknown.

There is something inherently creepy about trains. Don't think so? Anyone who has ever been awakened late at night by a distant train whistle knows there is no lonelier sound. It is a mournful howl from a soulless traveler on a night journey to destinations unknown.

Writers have long known the macabre romance of trains. Charles Dickens' story The Signalman is considered a classic of horror. Robert Bloch, author of Psycho, wrote of The Hellbound Train in the fifties. Manly Wade Wellman wrote about The Little Black Train, which comes for a sinner's soul. Clive Barker took us for a ride on The Midnight Meat Train.

This anthology came about because co-editor Tony Tremblay and I were having a social-media discussion of horror stories involving trains. We said we'd enjoy writing that kind of story, and writer/publisher John McIlveen joined in and said he would publish such a book if we could get enough stories. The following summer at the North Eastern Writer's Conference, aka Camp Necon, we firmed up the plans, and Scott Goudsward joined as third co-editor.

We decided to call ourselves The Switch House Gang, after the small buildings where manual track switches were housed. Those switches were used to direct trains to different sets of tracks, sending them to varying locations. That's what we hope to do with this book. Send readers on many dark and dangerous journeys.

We wanted a wide range of stories, and we got them. They vary from Victorian-era ghost stories to contemporary chillers to dark fantasy. Some are just plain creepy. One or two are humorous. Many are terrifying. None are boring.

Anyway, the conductor keeps glancing at his watch. Your seat is waiting. Don't worry about the shadows in the car or the strange-looking passengers. You don't need a ticket. Just a willingness to travel to places unknown.

And Classic Stories by:

Start reading Fright Train on your Kindle in under a minute.

3.8 out of 5 stars
3.8 out of 5
12 global ratings
How are ratings calculated?
To calculate the overall star rating and percentage breakdown by star, we don’t use a simple average. Instead, our system considers things like how recent a review is and if the reviewer bought the item on Amazon. It also analyzes reviews to verify trustworthiness.
Top reviews

Tom Weddleton
4.0 out of 5 stars I highly recommend this book.
Reviewed in the United States on September 10, 2021
Verified Purchase
Most of the stories were Five star.
I enjoyed the book.

Char
VINE VOICE
4.0 out of 5 stars Take the FRIGHT TRAIN to Terror Town!
Reviewed in the United States on October 9, 2021
FRIGHT TRAIN features stories centered around trains. I thought perhaps the theme might get dull, but these authors built all kinds of narratives around these engineering behemoths and this volume ended up being a lot of fun!

I can't get into all the stories here but I will mention a few.

Mercedes Yardley's story THE RHYTHM OF GRIEF was so poignant and not what I expected at all. I've been a fan of her writing for a while now, so I'm not sure why I was so surprised. Just...heartbreaking and beautiful.

THE HABIT OF LONG YEARS by Charles Rutledge. I flat out ADORED this tale. I love when vampires show up where they're least expected. On steamboats in the Mississippi, (George R.R. Martin's FEVRE DREAM), and here, on trains. Bravo, Mr. Rutledge! This was a blast!

PEPERE'S HALLOWEEN TRAIN is another poignant tale-this one about a veteran, that is at least, how it started out. Tony Tremblay never lets me down.

I'm not sure what this says about me but Jeff Strand's contribution might be my favorite in the volume. DEVIL-POWERED DEATH TRAIN OF DOOM had me laughing my butt off. First I was confused, but I was glad I rolled with it. Sometimes I think that Jeff Strand is criminally underrated. He can bring the laughs to even the worst of situations. In the horror genre that's rare.

Elizabeth Massie is an author I want to read more of. I read SINEATER back in 2013 and loved it, and have been meaning to get deeper into her work ever since. (So many books, so little time!) Anyway, the aptly titled TUNNEL VISION was delightfully twisted and satisfying.

For me, the closest competition to the Jeff Strand story is Eric Nunnally's LUST FOR LIFE. Starting out with an adulterer going on a train trip as a gift from his new mistress, and ending up with him...well, I don't want to spoil it. This was a rip-roaring gore fest and I loved every minute of it. Again, I'm not sure what it says about me but I may have laughed quite a bit throughout before I sobered up at the end. I need to read more of this guy's work, STAT!

Lastly, a previously unknown-to-me author, Amanda DeWees, enters with her tale A TRAVELER BETWEEN ETERNITIES. It was just...sad. Sad and beautiful and more sad. Well done!

There are also two classic tales-one from Dickens and the other from Sir Arthur Conan Doyle. (I liked Dickens' story best.)

Overall, this selection of train stories surprised and pleased me with the variety presented. It's almost Halloween, my horror people, why not catch the FRIGHT TRAIN to terror town?!

*A thank you goes out to author and friend Tony Tremblay, who offered me a paperback copy in exchange for my honest feedback. This is it!*

Quill Penn
4.0 out of 5 stars FRIGHT TRAIN, ARRIVING ON TIME FOR HALLOWE'EN!
Reviewed in the United States on September 28, 2021
A terrific anthology for Hallowe'en or any season when a few chills are in order. From classic authors like Dickens and Doyle to modern signalmen like Golden and Tremblay, they all keep the horror train running on time. I know some of the writers so I hesitate to say which stories I like most and least, but I WILL say there is not a bad story in the bunch. Happy to recommend this one and to have it on my shelf!
Read more
One person found this helpful
Helpful
Report abuse

Faith
5.0 out of 5 stars fabulous list of writers !!!
Reviewed in the United States on August 11, 2021
This anthology is packed with great stories about creepy trains from top writers. Each story deals with some horror story involving train. I enjoyed the read.
Read more
2 people found this helpful
Helpful
Report abuse
See all reviews
Back to top
Get to Know Us
Make Money with Us
Amazon Payment Products
Let Us Help You
EnglishChoose a language for shopping. United StatesChoose a country/region for shopping.
© 1996-2021, Amazon.com, Inc. or its affiliates