Froggy Goes to Grandma's and millions of other books are available for Amazon Kindle. Learn more
Share 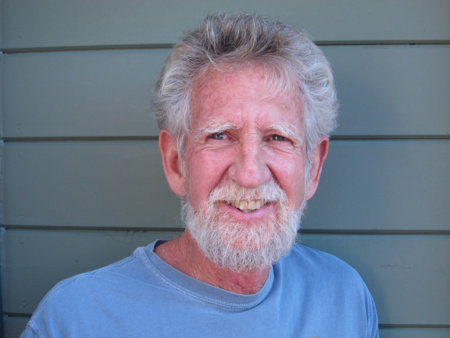 by Jonathan London (Author), John McDonough (Narrator)
4.9 out of 5 stars 143 ratings
Part of: Froggy (32 books)
See all formats and editions
Sorry, there was a problem loading this page. Try again.
Previous page
Next page

Page 1 of 1 Start overPage 1 of 1
Previous page
Next page
Start reading Froggy Goes to Grandma's on your Kindle in under a minute.

4.9 out of 5 stars
4.9 out of 5
143 global ratings
How are ratings calculated?
To calculate the overall star rating and percentage breakdown by star, we don’t use a simple average. Instead, our system considers things like how recent a review is and if the reviewer bought the item on Amazon. It also analyzes reviews to verify trustworthiness.
Top reviews

Carson Keller
5.0 out of 5 stars Froggy Goes to Grandma 's
Reviewed in the United States on August 17, 2021
Verified Purchase
Everyone knows Froggy is a beloved character. And Pollywogilina is a very important charactet in the books. Pollywogilina is Froggy's sister, and she was introduced to her in FROGGY'S BABY SISTER. In FROGGY GETS DRESSED, LET'S GO FROGGY, FROGGY LEARNS TO SWIM, and FROGGY GOES TO SCHOOL, Pollywogilina weren't in those books. In this adventure, FROGGY GOES TO GRANDMA'S, Froggy and his Mother and Father go on a trip to Grandma's (aka. Grandma Cook) to see a baseball game, go on a waterslide called The Logger's Revenge, go to a museum to see Frogga Lisa, go to a bowling alley, and cook spaghetti and fly sauce, and Grandma calls Froggy--Muffin! The most recent Froggy book is FROGGY FOR PRESIDENT, which was made in last year, and FROGGY PICKS A PUMPKIN was made two years ago, and FROGGY GETS DRESSED was made a TON of years ago! The first adventure, FROGGY GETS DRESSED, was when Froggy wanted to play in the snow, but Froggy's Mother called him, because he forgot something VERY important! They were his pants, shirt, coat, and his underwear!
Read more
Helpful
Report abuse

stewartt
3.0 out of 5 stars Eh.
Reviewed in the United States on February 11, 2021
Verified Purchase
The older Froggy books were much better with a better story line and sounds. I think I'll stick with those and stop ordering any newer ones!
Read more
Helpful
Report abuse

Little Miss Bookworm
5.0 out of 5 stars Froggy never disappoints
Reviewed in the United States on July 5, 2019
Verified Purchase
Another wonderful Froggy book. Froggy's grandmother is just what you would expect. Loved this book. Of course i love all Froggy books.
Read more
One person found this helpful
Helpful
Report abuse

Fingers1970
5.0 out of 5 stars great series
Reviewed in the United States on April 4, 2019
Verified Purchase
i love the froggy series
Read more
One person found this helpful
Helpful
Report abuse

Aram
2.0 out of 5 stars Two Stars
Reviewed in Canada on May 13, 2017
Verified Purchase
It was not as interesting as the other books. Not worth paying that much
Read more
Report abuse
See all reviews
Back to top
Get to Know Us
Make Money with Us
Amazon Payment Products
Let Us Help You
EnglishChoose a language for shopping. United StatesChoose a country/region for shopping.
© 1996-2021, Amazon.com, Inc. or its affiliates