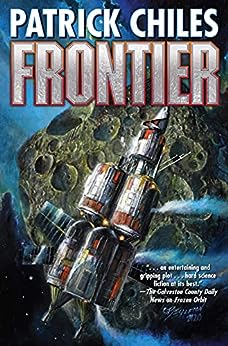 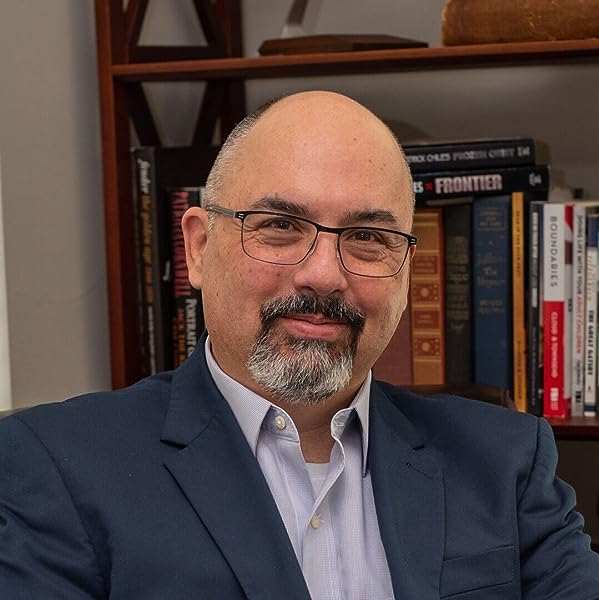 by Patrick Chiles (Author) Format: Kindle Edition
See all formats and editions
Sorry, there was a problem loading this page. Try again.
Marshall Hunter only wanted to fly: the faster, the higher, the better. But a life of rescuing wayward spacefarers and derelict satellites in the cislunar cruiser U.S.S. Borman is far from the adventure he’d imagined. But his fortunes change when a billionaire couple goes missing on their way to a near-Earth asteroid. Out of contact and on a course that will eventually send them crashing into Mars, the nuclear-powered Borman is dispatched on an audacious, high-speed interplanetary run to bring the couple home. As they approach the asteroid, however, the Borman itself becomes hopelessly disabled.

With the Borman suddenly out of commission and far beyond reach, cislunar space begins falling into chaos as critical satellites fail and valuable lunar mineral shipments begin disappearing in transit. Nothing is as it seems, and Marshall Hunter and the rest of the crew suspect none of it is by coincidence.

About Frozen Orbit:
“. . . hard science fiction and an entertaining and gripping plot. . . . Chiles nails the atmosphere of a NASA-run human spaceflight mission in the 21st century, the jargon of the mission controllers and astronauts, and the bureaucratic infighting characterizing today’s NASA. . . . The scenario and background . . . are the scaffolding on which a gripping tale is formed. Readers experience the wonder the astronauts feel on a remarkable voyage, groan as the Earth goes crazy as the expedition progresses, and thrill to a powerful conclusion . . . science fiction at its best.”—The Galveston County Daily News

About Farside by Patrick Chiles:
“The situations are realistic, the characters interesting, the perils harrowing, and the stakes could not be higher."— John Walker, Ricochet.com

“. . . a fast-paced and exciting story that bounces between the borders of technological thriller and science fiction. . . . an impressive effort."—The Galveston County Daily News

Patrick Chiles has been fascinated by aircraft, rockets, and spaceflight ever since he was a child transfixed by the Apollo missions. How he ended up as an English major in college is still a mystery, though he managed to overcome this to pursue a career in aviation operations and safety management. He is a graduate of The Citadel, a Marine Corps veteran, and a private pilot. In addition to his novels, he has written for magazines such as Smithsonian’s Air & Space. He currently resides in Tennessee with his wife and two lethargic dachshunds.
Read more
Previous page
Next page

Patrick Chiles has been fascinated by aircraft, rockets, and spaceflight ever since he was a child transfixed by the Apollo missions. How he ended up as an English major in college is still a mystery, though he managed to overcome this to pursue a career in aviation operations and safety management. He is a graduate of The Citadel, a Marine Corps veteran, and a private pilot. In addition to his novels, he has written for magazines including Smithsonian’s Air & Space. He currently resides in Tennessee with his wife and two lethargic dachshunds. --This text refers to the paperback edition.

Patrick Chiles began his writing career with the self-published novels PERIGEE and FARSIDE, which were acquired by Baen Books in 2016. His subsequent novels, 2020’s FROZEN ORBIT and 2021’s FRONTIER, have established him as a rising talent in the realm of realistic, near-future science fiction. Having a fascination with practical space travel and a love for Cold War technothrillers, his novels feature plausible technology while leveraging his military and airline experience to create stories with engaging, relatable characters on astonishing adventures: “Ordinary people, doing extraordinary things.”

Chiles graduated from The Citadel in 1986 and went on to serve in the Marine Corps until 1993. After a career in managing airline and business aviation operations, he now works as an aviation safety auditor when he is not writing novels. He currently resides in central Ohio with his wife and two lethargic dachshunds.

Chris DeBoe
5.0 out of 5 stars Thrilling near future SF
Reviewed in the United States 🇺🇸 on May 29, 2022
Verified Purchase
Science fiction which isn't "magic plus babble and chrome." The author gives the impression that he knows orbital mechanics and the military, and keeps the tension up to the very end. Looking forward to the next one
Read more
Helpful
Report abuse

Thomas Truby
5.0 out of 5 stars HOMERUN
Reviewed in the United States 🇺🇸 on July 1, 2021
Verified Purchase
Patrick Chiles hit a homerun with this one. Pulled in from the very beginning and couldn't put it down until the end. Actually made me feel as though I was one of the crewmembers riding the wave of excitement (ups and downs) until the last page! I don't know what Mr. Chiles can do for his next one, but it may be tough to top this latest publication. Kudo's to the author! Highly recommend a read. I'll be awaiting his next release.
Read more
One person found this helpful
Helpful
Report abuse

G G
4.0 out of 5 stars great hard SF read
Reviewed in the United States 🇺🇸 on June 18, 2022
I really liked both the characters and the hard science in this book. Usually I find one more believable and one less, but in this case both resonated. It's a SF mystery/thriller and if you like character driven, science focused book, this might be right up your alley.
Read more
Helpful
Report abuse

Henry L. Lazarus
3.0 out of 5 stars near Earth
Reviewed in the United States 🇺🇸 on August 12, 2022
Patrick Chiles is an expert in the complication of living in space. Spae force patrols the near Earth Frontier (paper from Baen) with the U.S.S. Borman mainly for the rare rescue needed for the growing industrialization. Then the Jaing’s, a millionaire couple on a private expedition, suffer disaster and the Borman is sent to hopefully rescue the couple out of contact. Marshal Hunter, a new ensign on the ship has to rise to meet the worst when it proves the Jaings had met with foul play from predictable enemies. The space war is well defined. Fun.
Read more
Helpful
Report abuse

Michelle
4.0 out of 5 stars Starts slow, speeds up and delivers some surprises.
Reviewed in the United States 🇺🇸 on January 19, 2022
I asked for this gift as one reviewer I read had said if you like RAH, you will like this writer. I didn't like the beginning, the style was more like reading a script, but that changed quickly as the author worked himself into the story. The style just became better and more detailed, becoming a real page turner!
This is the first book by this author I have read and I will certainly read more.
Additionally, the author gives you a good understanding of his characters from an observational point of view. You do know the characters and what anyone who worked with them would understand about them, just not as deeply as if their thought processes were revealed.
Read more
One person found this helpful
Helpful
Report abuse

Les Johnson
5.0 out of 5 stars A Page Turner!
Reviewed in the United States 🇺🇸 on January 18, 2022
Chiles created believable characters that the reader cares about and put them through the wringer. An enjoyable page-turner that I did not want to end. Bravo!
Read more
One person found this helpful
Helpful
Report abuse

Rotten Roger
4.0 out of 5 stars Heroes rule Bad guys drool
Reviewed in the United States 🇺🇸 on August 2, 2021
And that is what keeps this from being a five star novel. The mafia villain goes from being evil and smart, to just evil. I could not come to hate the other villains.
Read more
Helpful
Report abuse

L P
5.0 out of 5 stars A GREAT Summer Read!
Reviewed in the United States 🇺🇸 on May 31, 2021
I received an advance copy of this book, and could not put it down once I started reading. Per Chile's usual style, the book is jam packed with well-researched hard science that makes this space-based mystery thriller even more nail-biting. The story is driven by Chiles' extremely well-written characters. He breathes life into them in a way that makes you feel you are right there on the ship, fighting the bad guys alongside Marshall Hunter, Simon Poole and the whole crew. By the end of the book I felt like I knew them all, and I want to see where life leads them... which means (hint, hint) I'd like to see Chiles bring them back for more adventures in the future. This is a good book to kick back and read at the beach, by the lake or along for any of your summer adventures.
Read more
6 people found this helpful
Helpful
Report abuse
See all reviews
Report an issue
Does this item contain inappropriate content?
Report
Do you believe that this item violates a copyright?
Report
Does this item contain quality or formatting issues?
Report